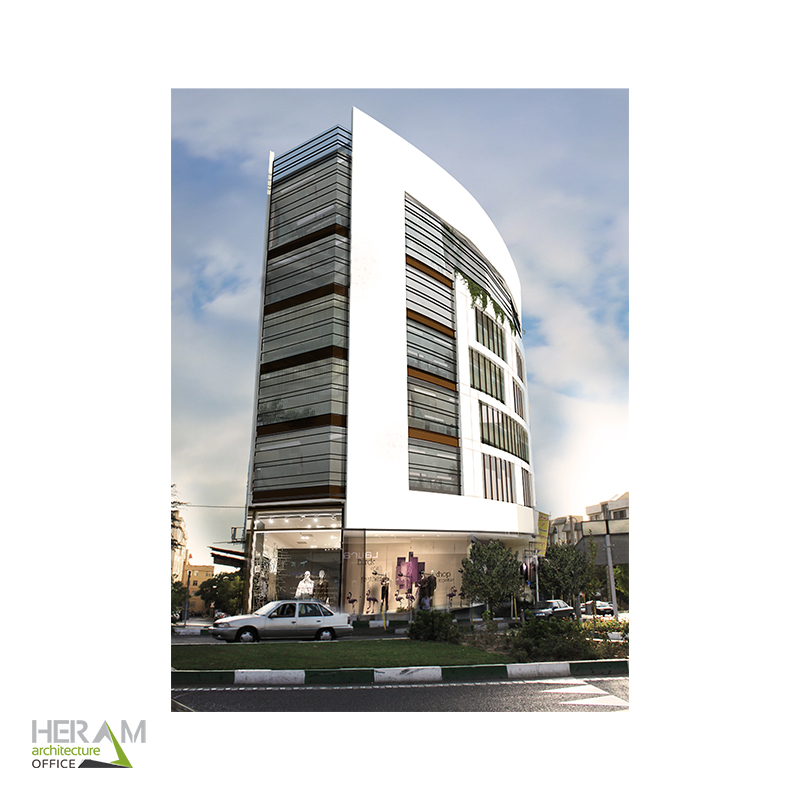 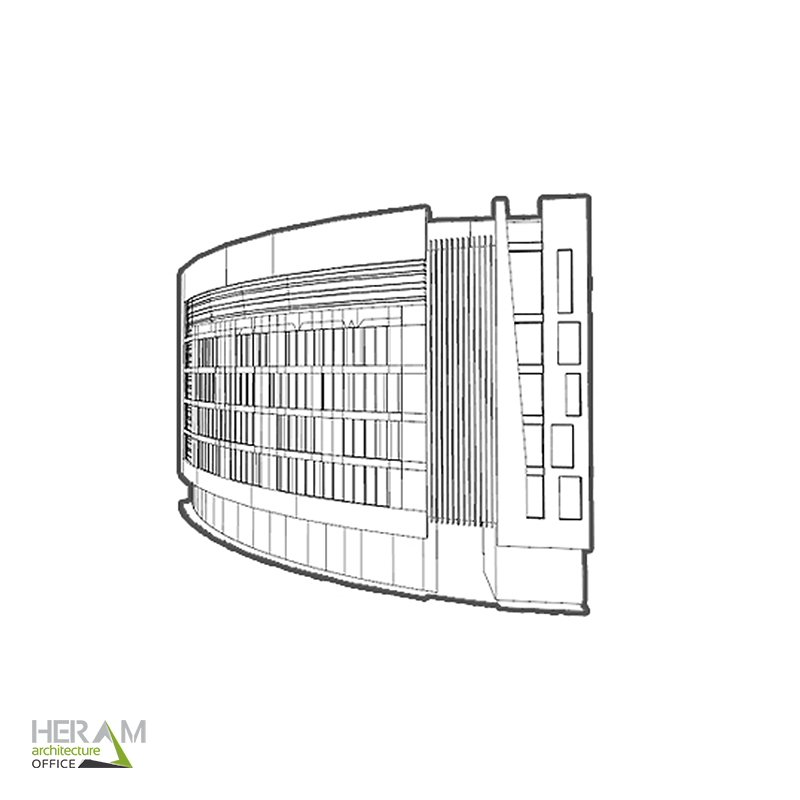 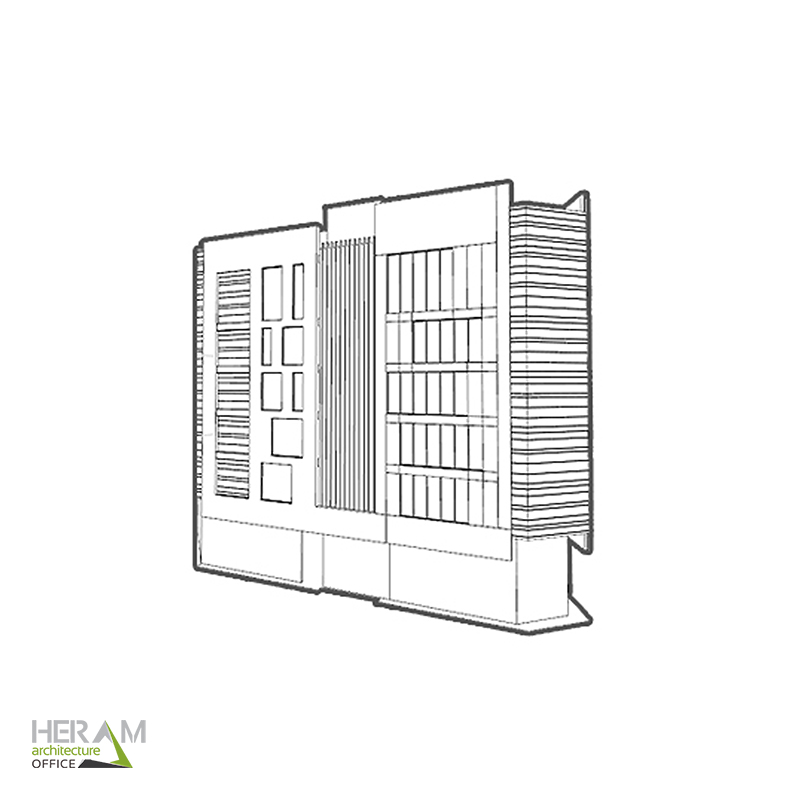 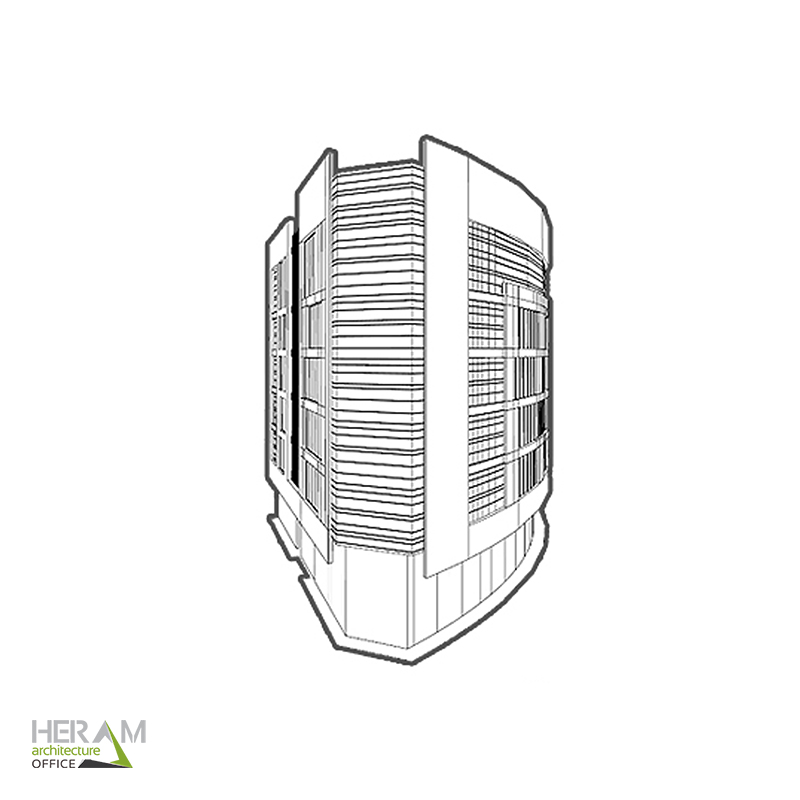 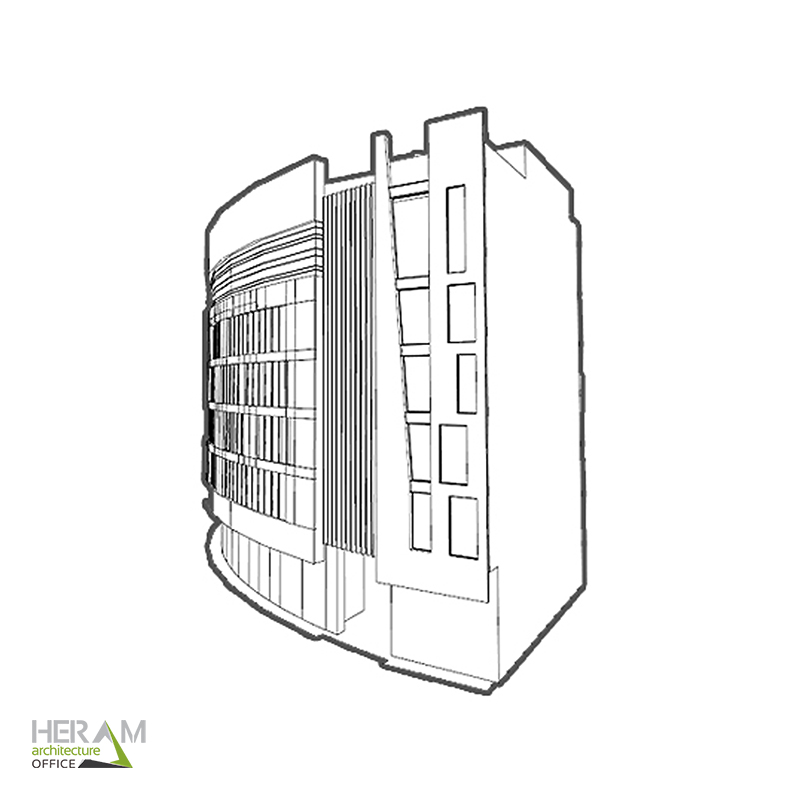 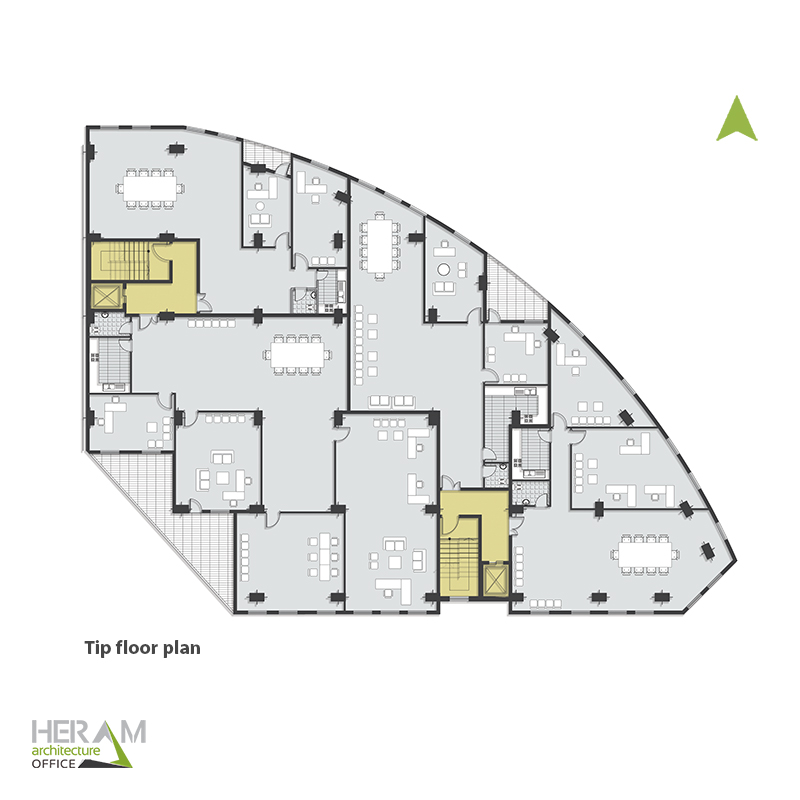 Commercial-office building of Shahran is a project that was handed over to our office during the wall construction stage, and the employer wanted to design its facade. Due to the formation of ceilings and walls, and due to project implementation limitations, the main issue was to design a coordinated and indicative facade.

Considering the location of the project in the vicinity of one of the most important and crowded squares, the design should be made in such a way that it can create attraction in the audience and invite them into itself. By placing commercial and administrative functions in the project, the exterior wall was designed in a way that, in addition to overall coordination, it also represents the diversity of interior spaces.

Thus, the ground floor facade (with commercial function) was considered to be completely glass. The facade of the first to fourth floor, which was dedicated to the office space, was formed with a combination of composite and glass to provide light to various office units.

Finally, the facade of 5th and 6th floors, which was dedicated to the restaurant, was designed by maintaining harmony with the general facade and by creating a wide platform for providing light and view to surrounding. Finally, the gap in the outer wall covered with wooden Louvres formed the entrance to the complex.