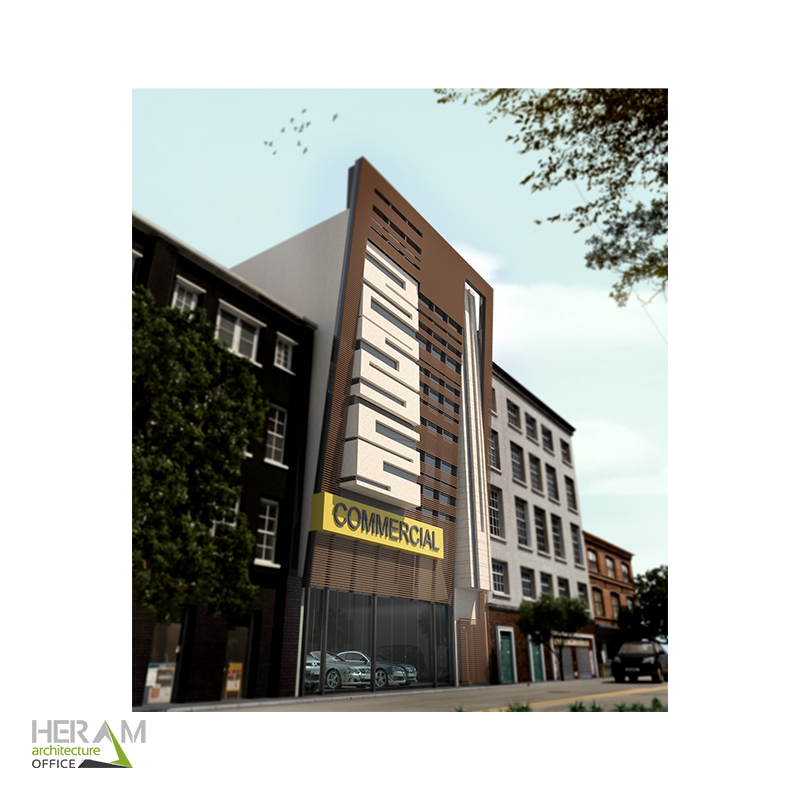 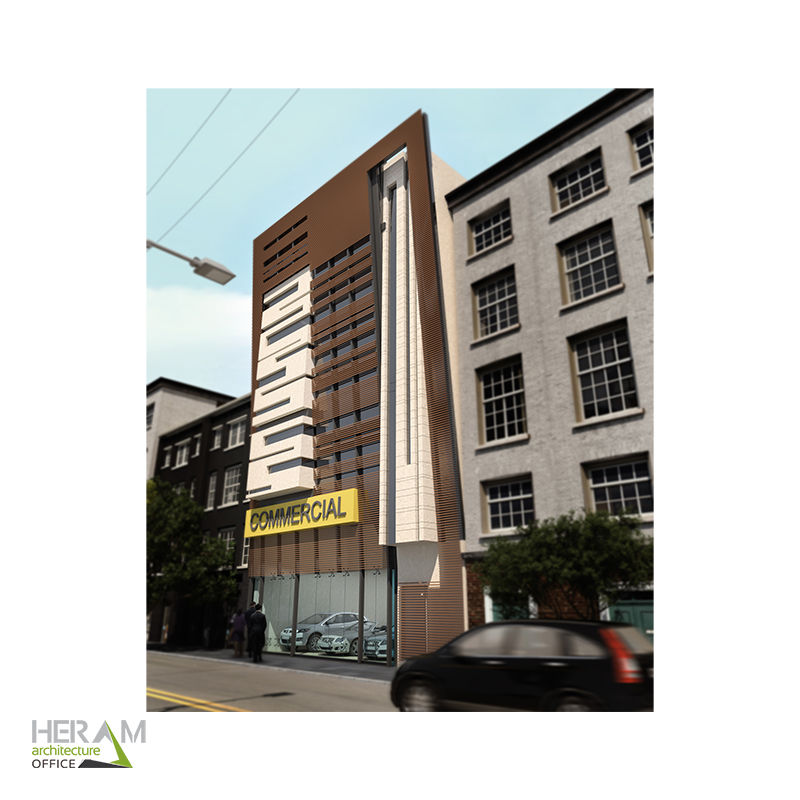 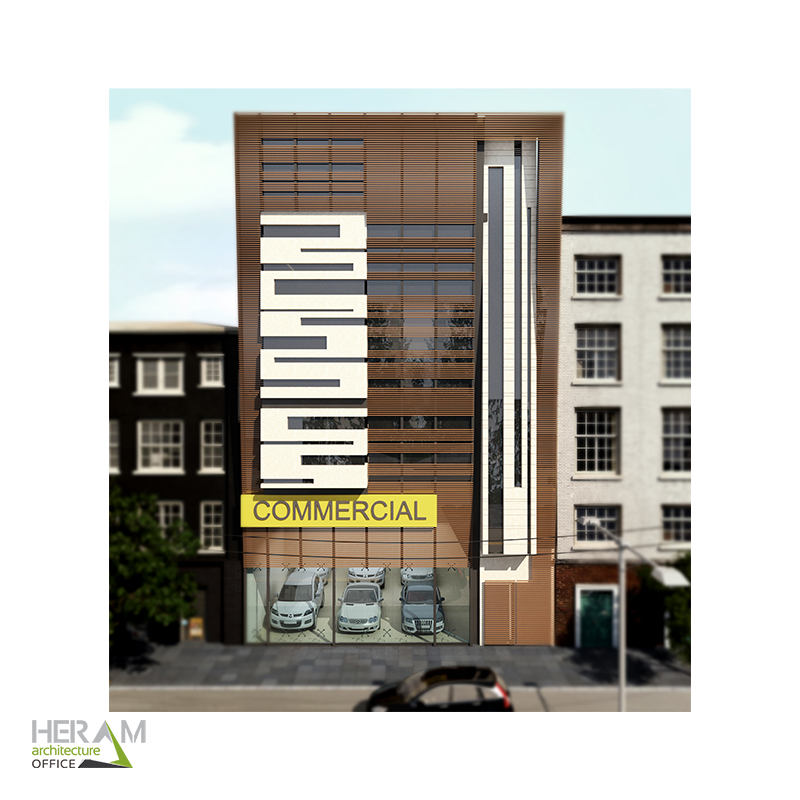 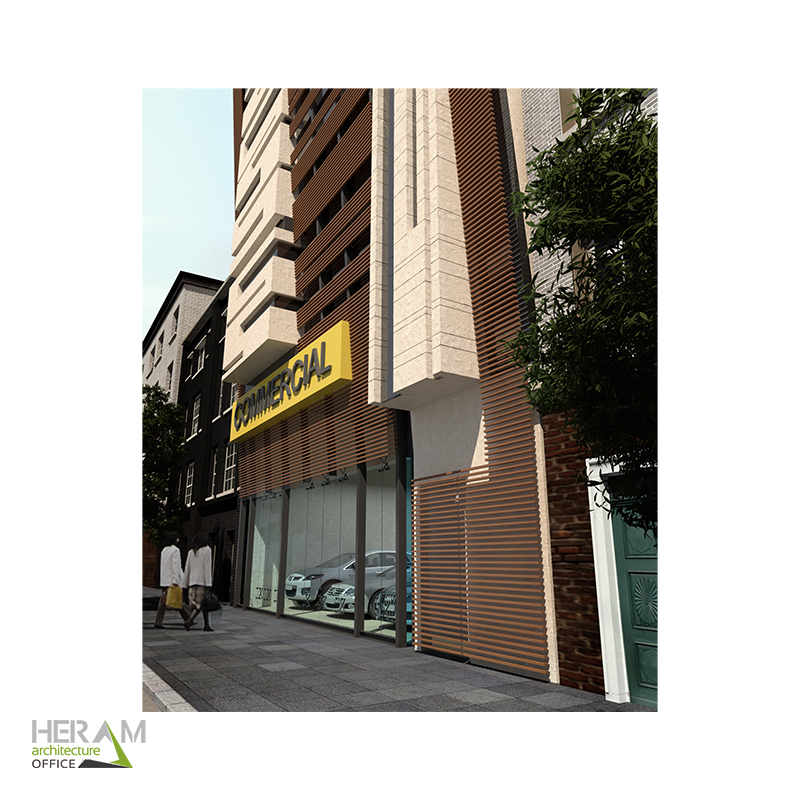 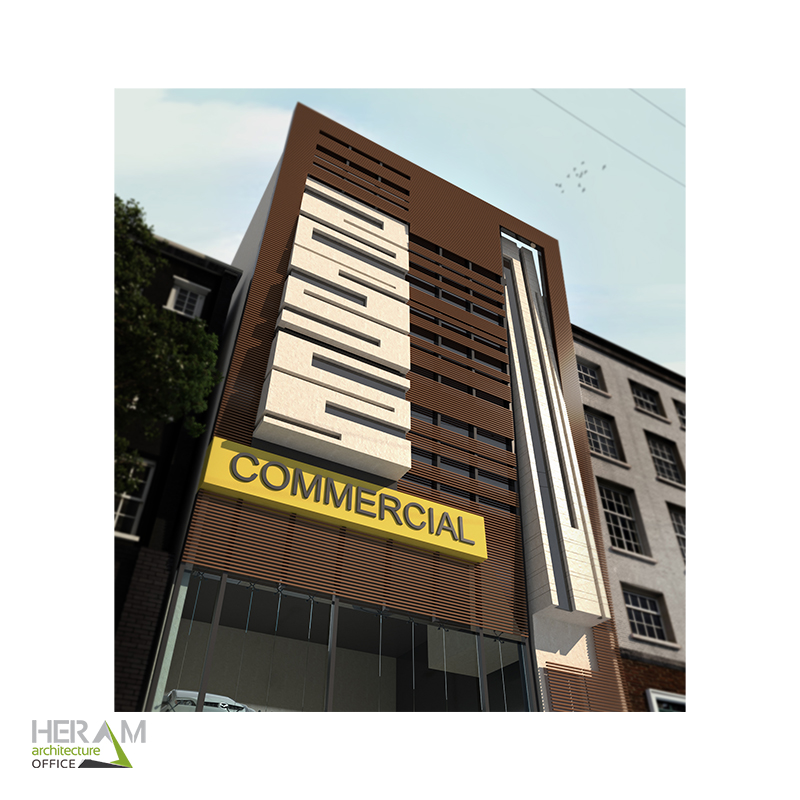 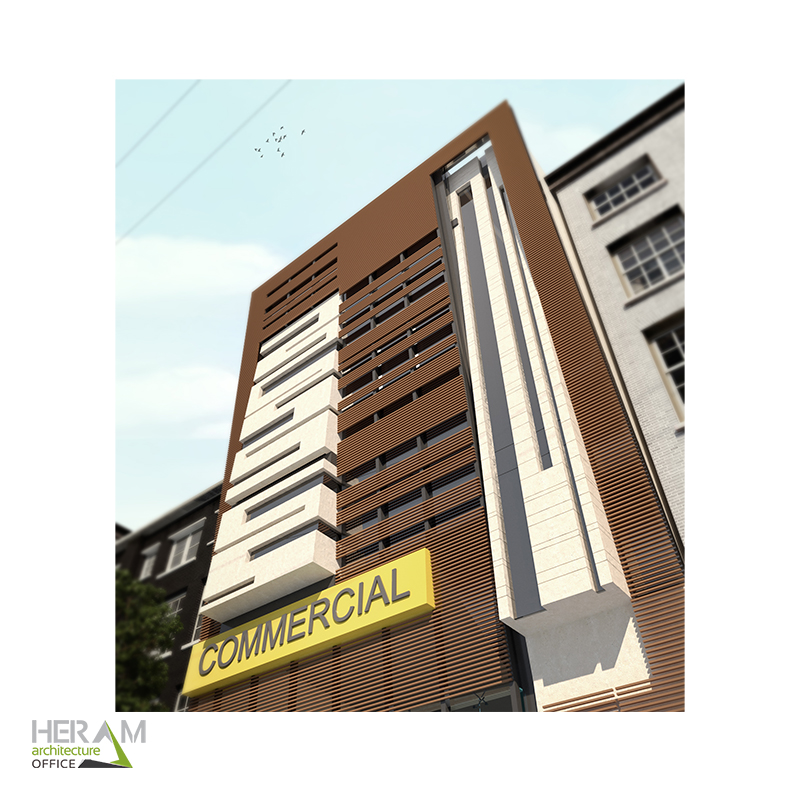 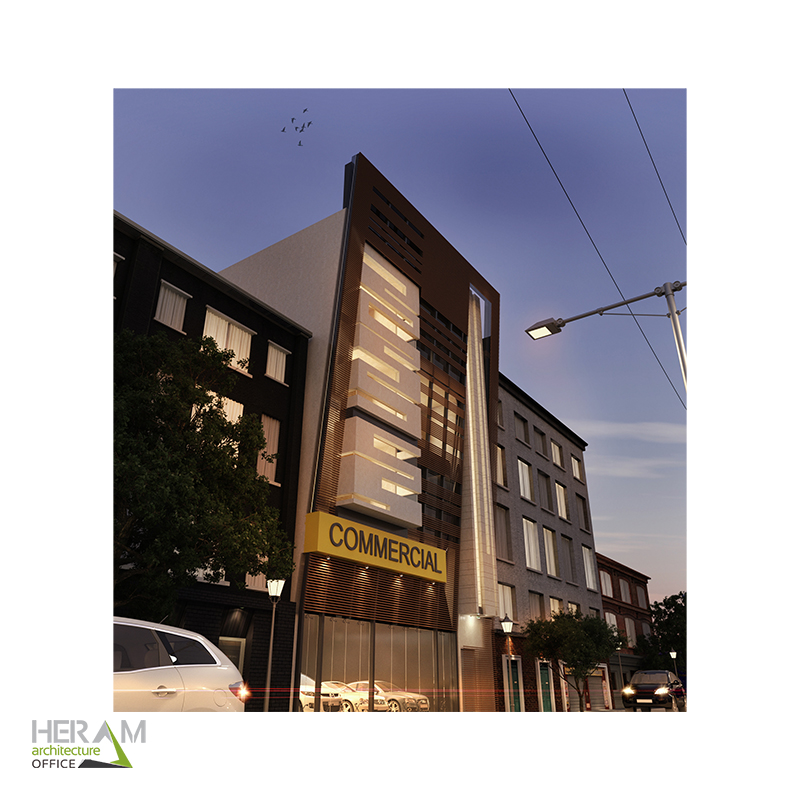 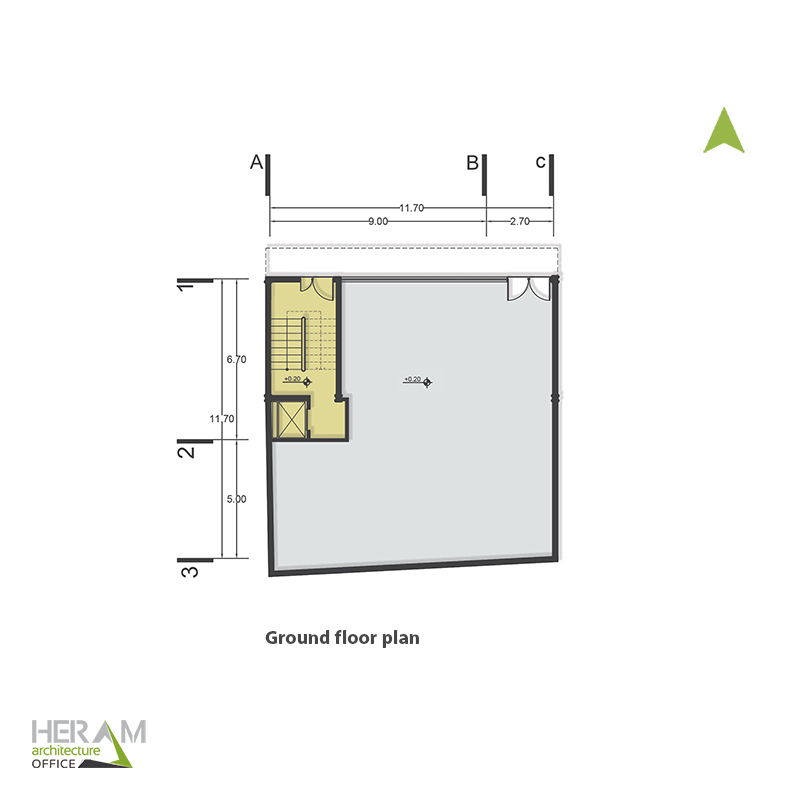 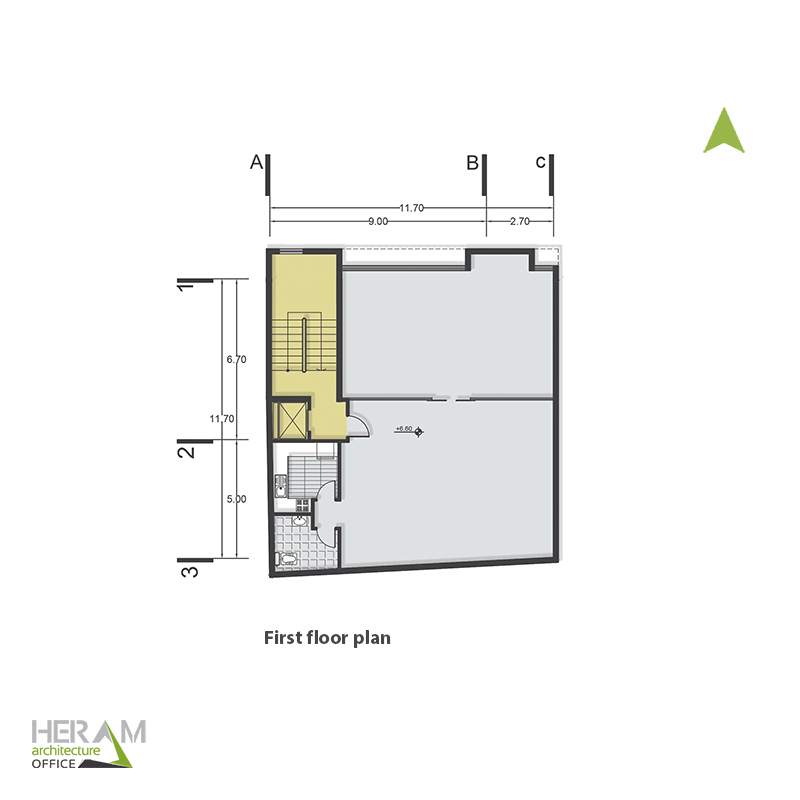 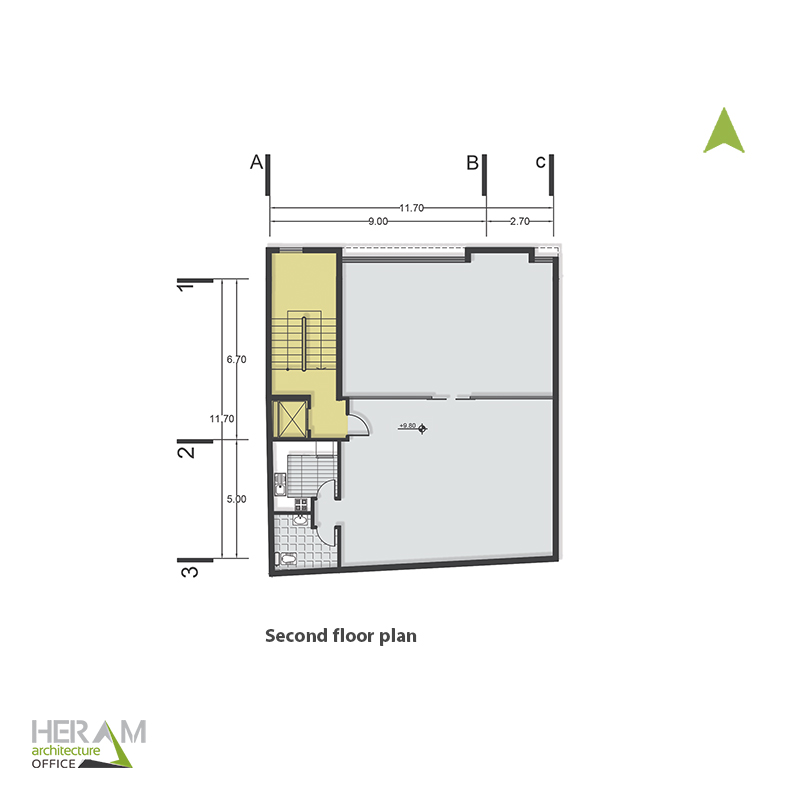 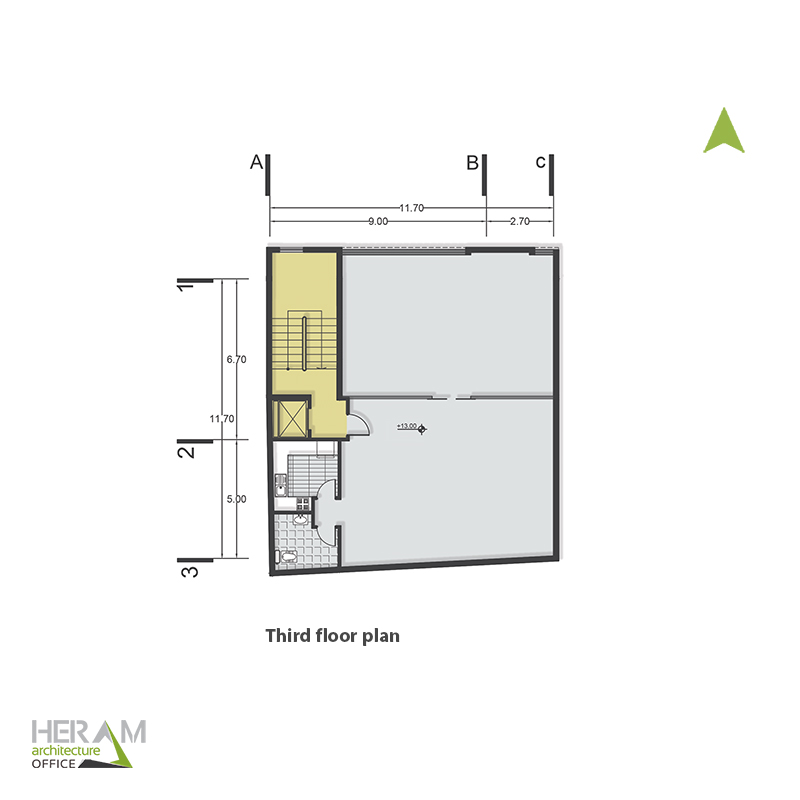 In official projects where plans are designed as tips, we need a good pattern for the formation of the outer wall.

The Motahhari official building is designed in four floors, that its ground floor has a commercial unit and three other floors have office units.

Creating an indicative project in the urban context of the region, both in terms of form and in terms of the type and manner of using materials, was the most important issue in design. According to the placement of the access and the stairs in the main facade of the building, the project was designed to reveal this space individually in the outer wall.

On the other hand, due to console constraints of the municipality on the number of the floors, the lateral aspect of the facade was formed so that by increasing the length of the consoles from the first floor upwards, it would form a slope surface, which according to the function of this part (administrative), it was covered with a second shell of wooden logs. The combination of rock and wood textures on this sloping surface reveals a vibrant and prominent view in the urban context. Finally, in order to provide light, according to the internal plan, a part of the stone wall and wooden logs were reduced to achieve a different and dynamic texture.