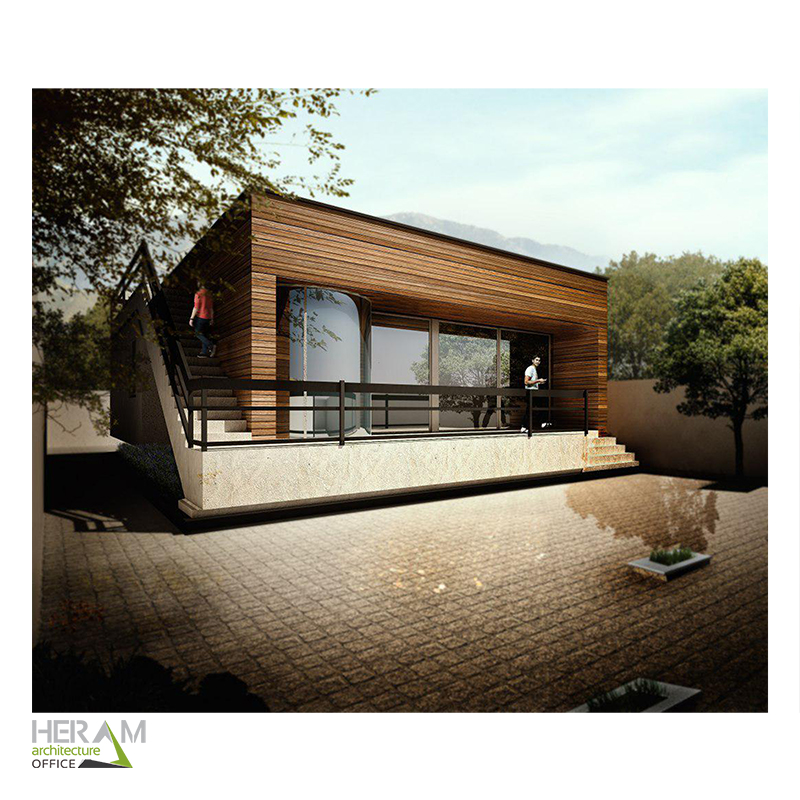 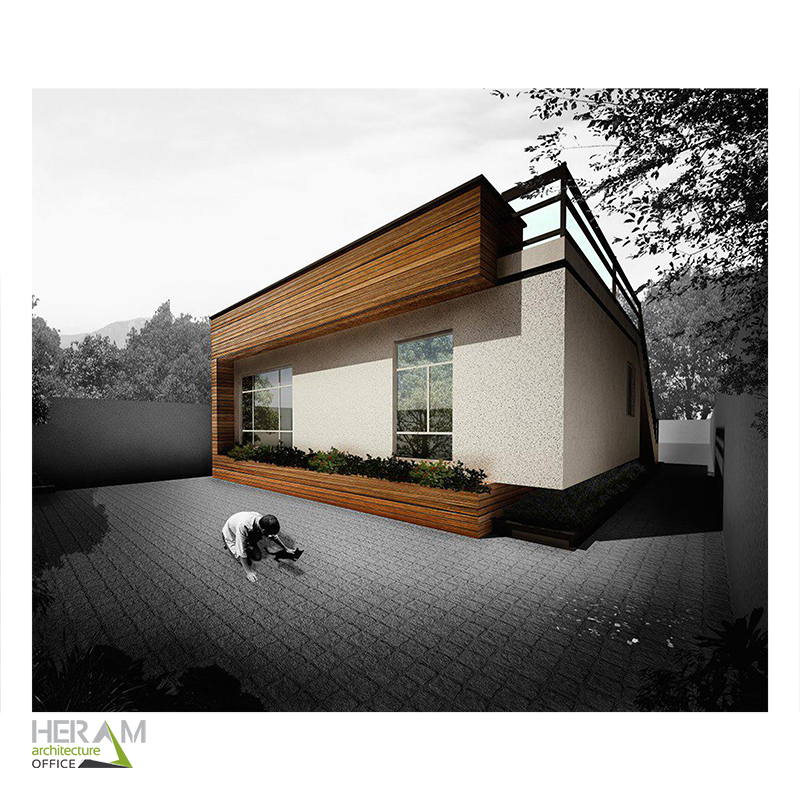 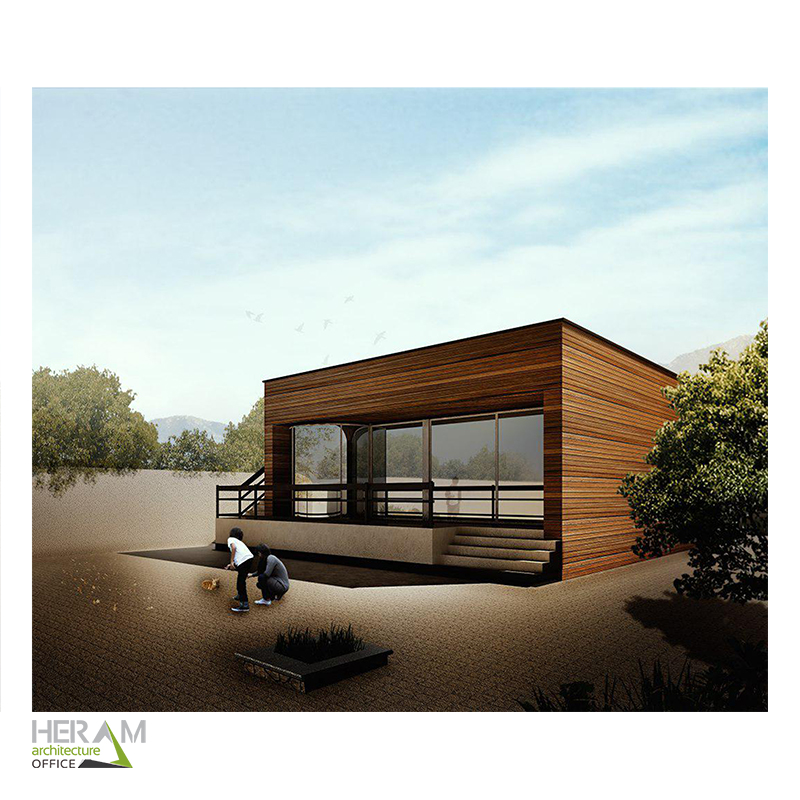 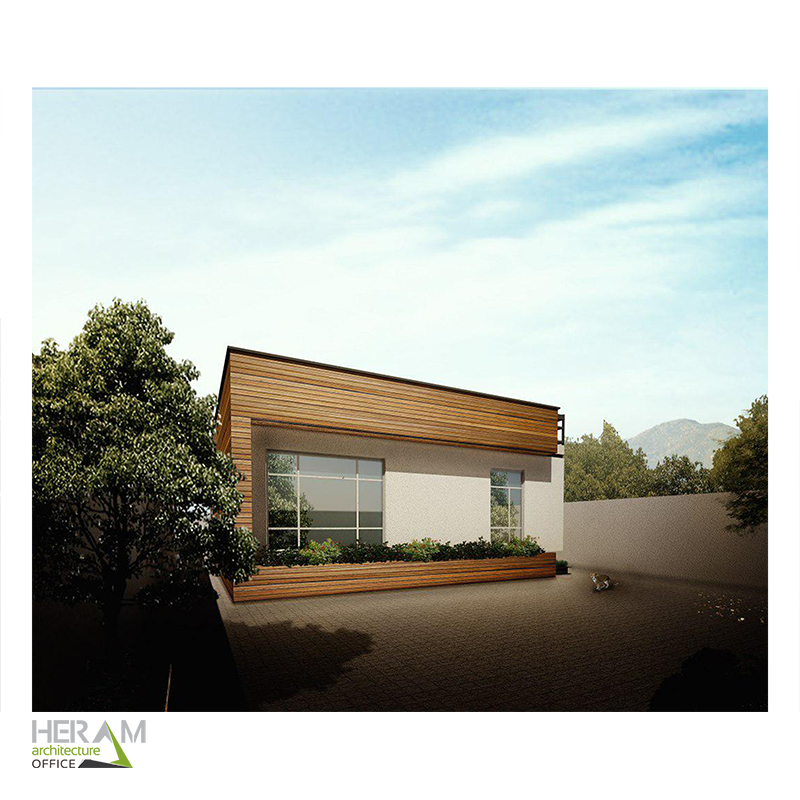 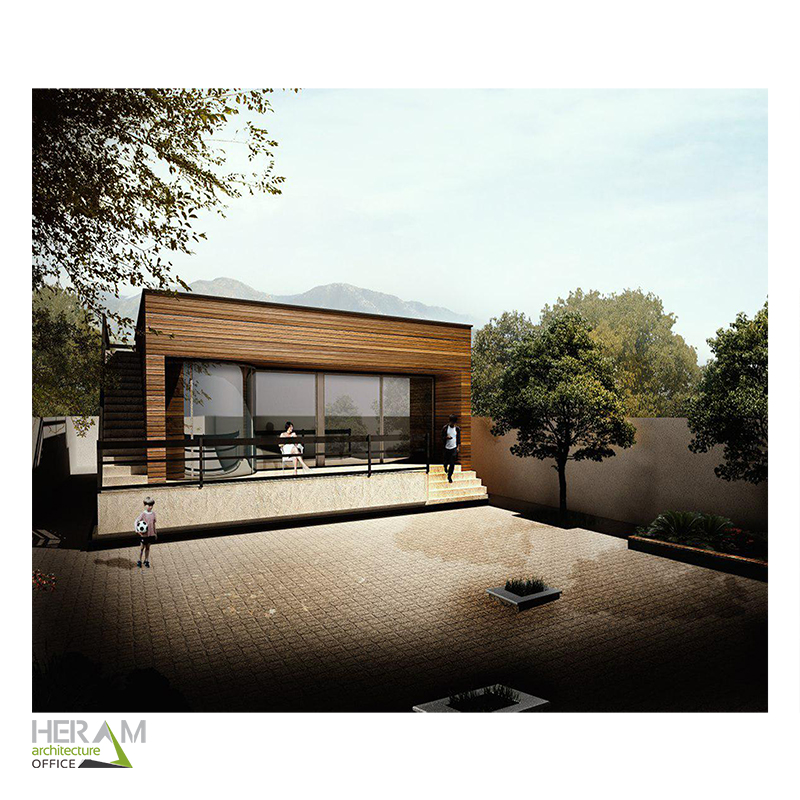 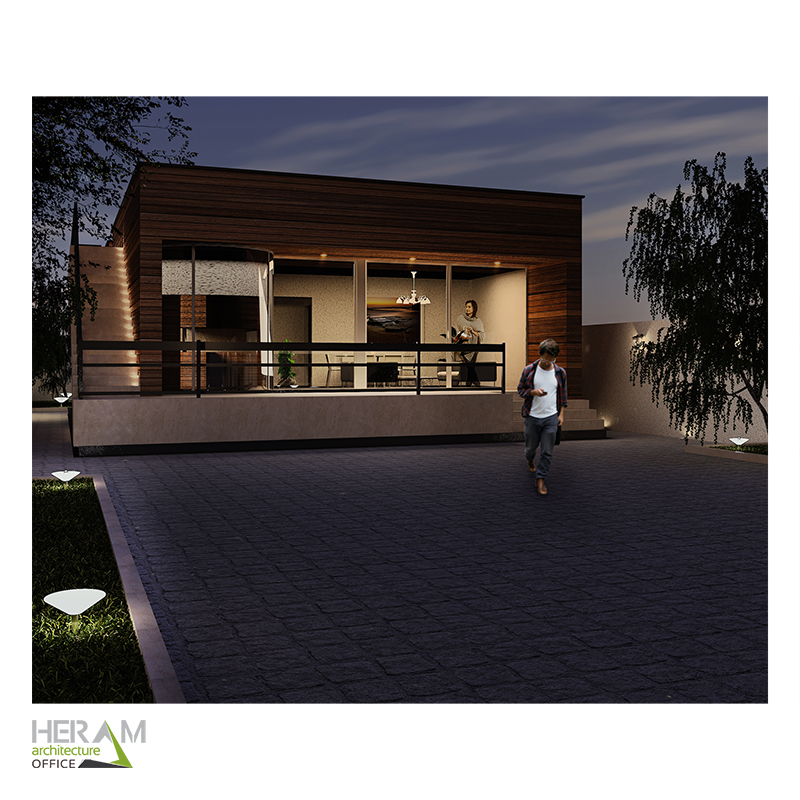 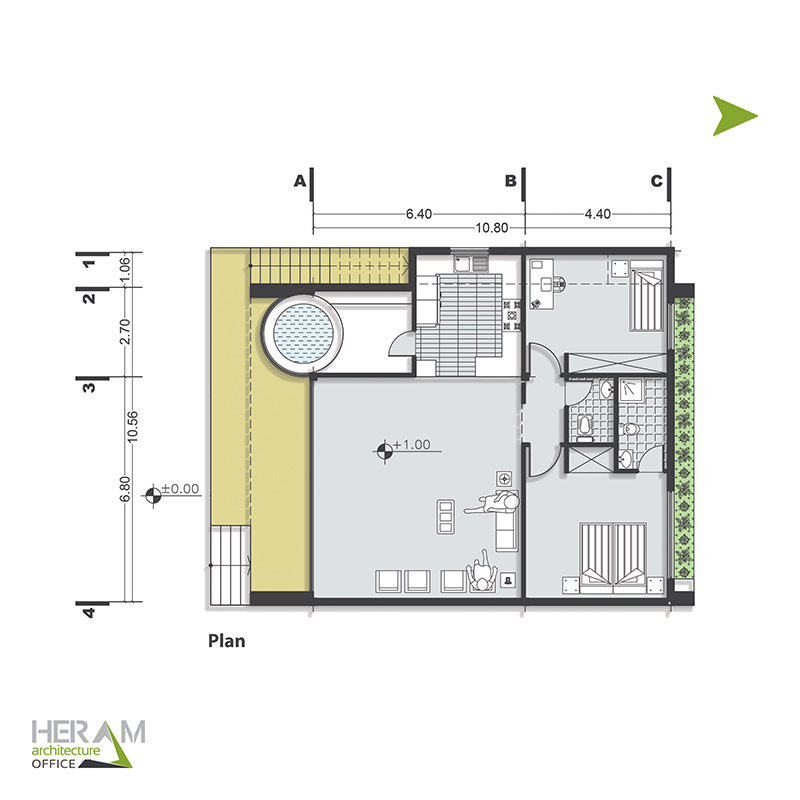 This project is located on an open land in an area near Tehran (Kordan) with a favorable climate. The employer's request was a small size building with one floor. The project was formed in a way that in addition to meeting the demands of the employer, it could be able to create new spatial qualities and suitable living conditions.

Considering the view and desired landscape around, the most important issue considered in the design was the extension of view to nature and environment, as well as maximum use of open spaces.

For this purpose, the project roof was formed as an open terrace so we could have extended view of the nature and maximum view of the surrounding area in the project. In this regard, the access stairs to the roof were unveiled in the project volume as exposed.

To keep the view from inside the villa towards the garden and the area as well as the project's integrity, the overall volume was formed as a simple cube.

According to the employer's demand for a jacuzzi inside the space, a clear cylindrical volume was created in the project and affected the facade.

In order to integrate the space, the wood material was used in the overall volume of the project.

In villa number 2, we tried so the project, in addition to simplicity and purity, have spaces with high-quality and proper view into the poetic surroundings area.