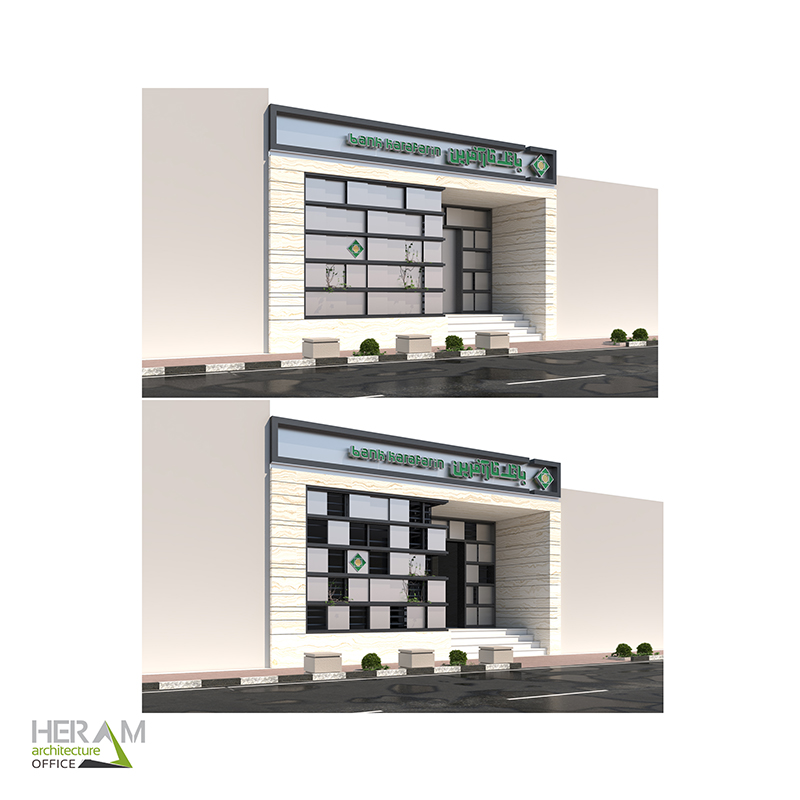 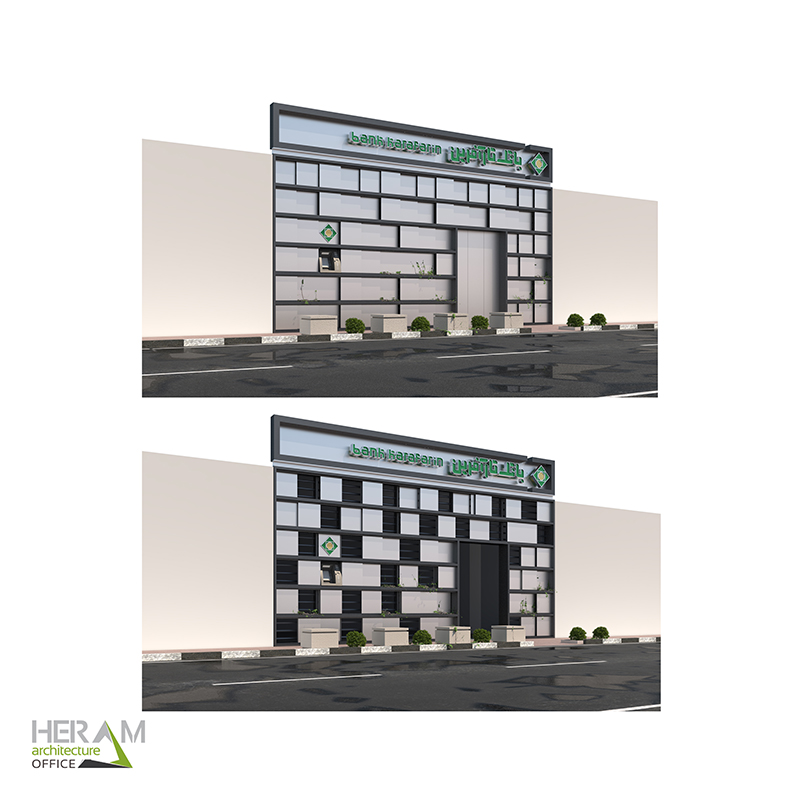 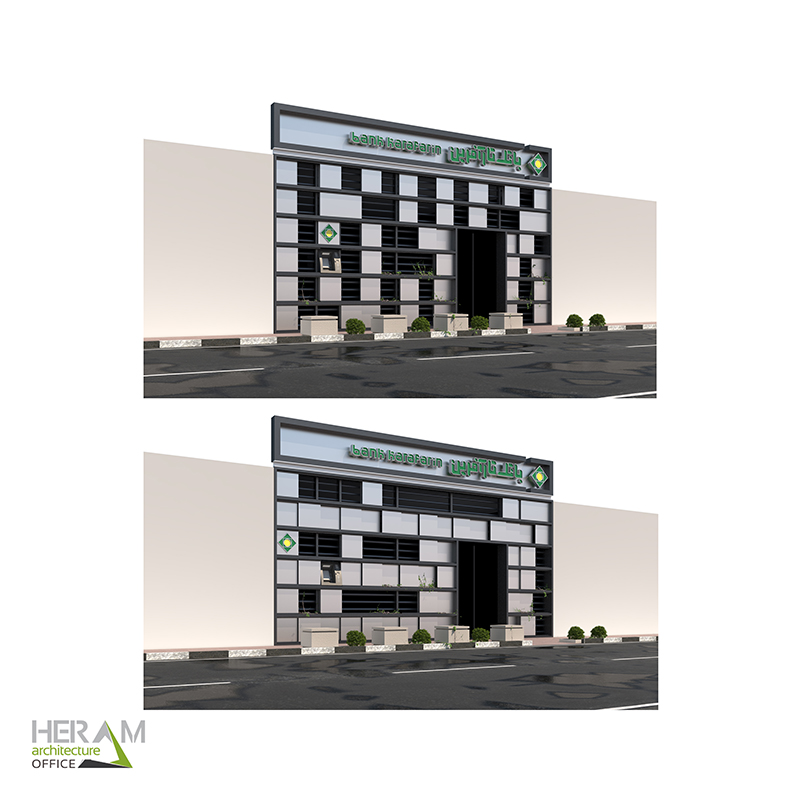 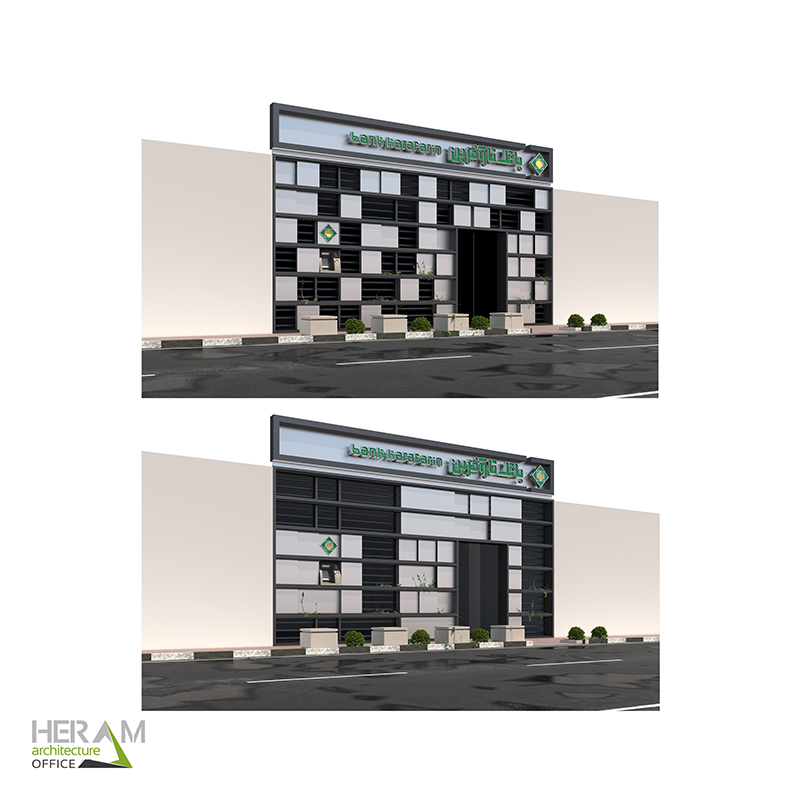 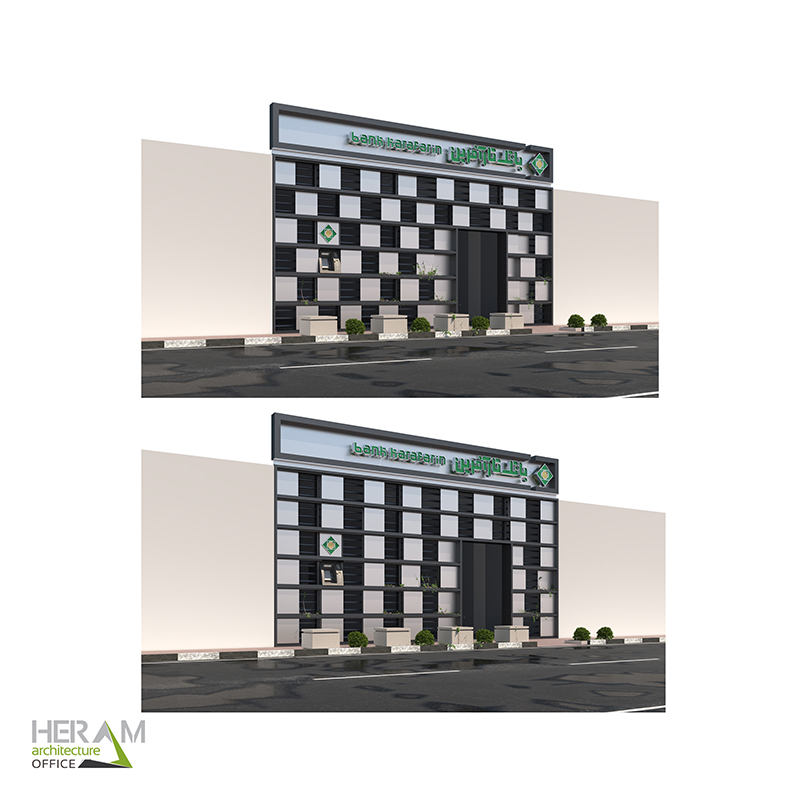 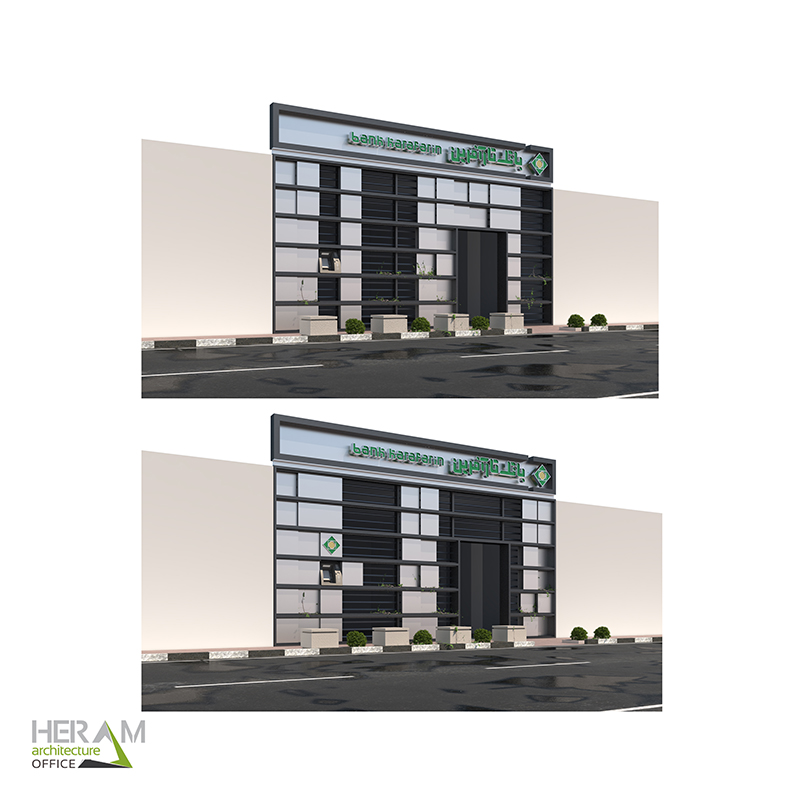 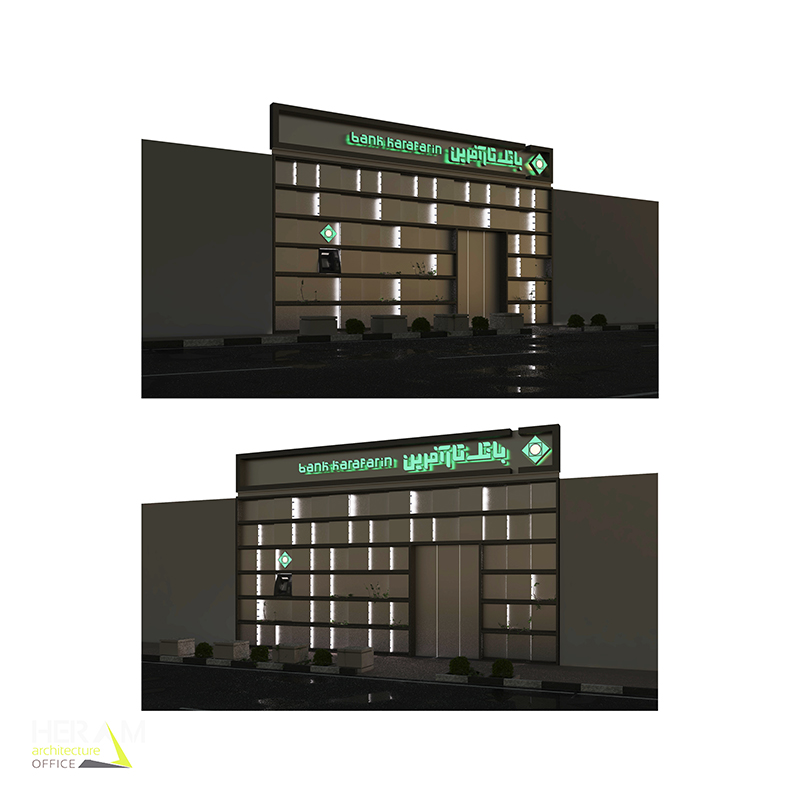 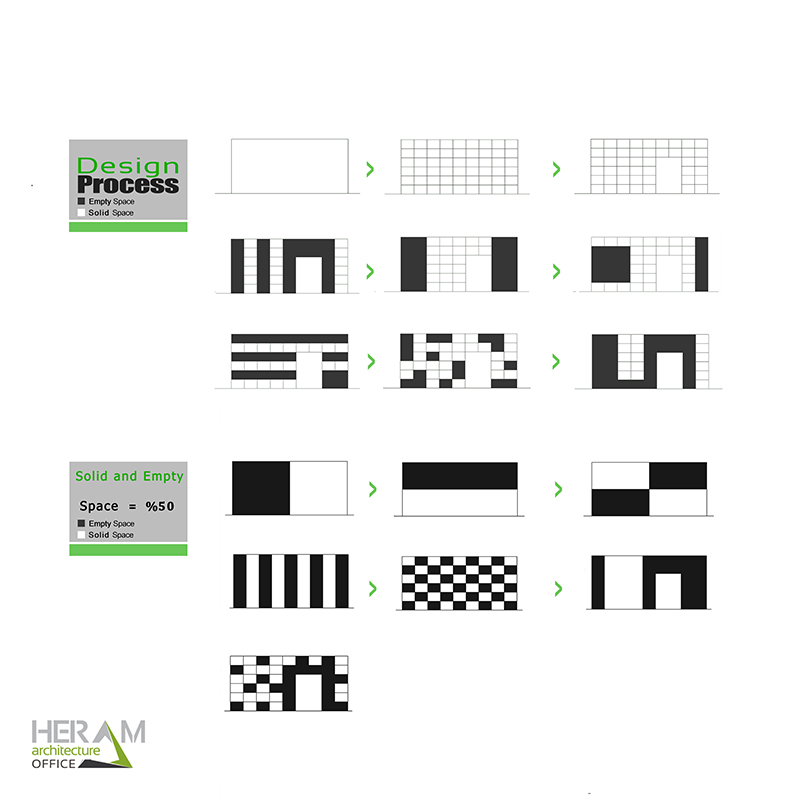 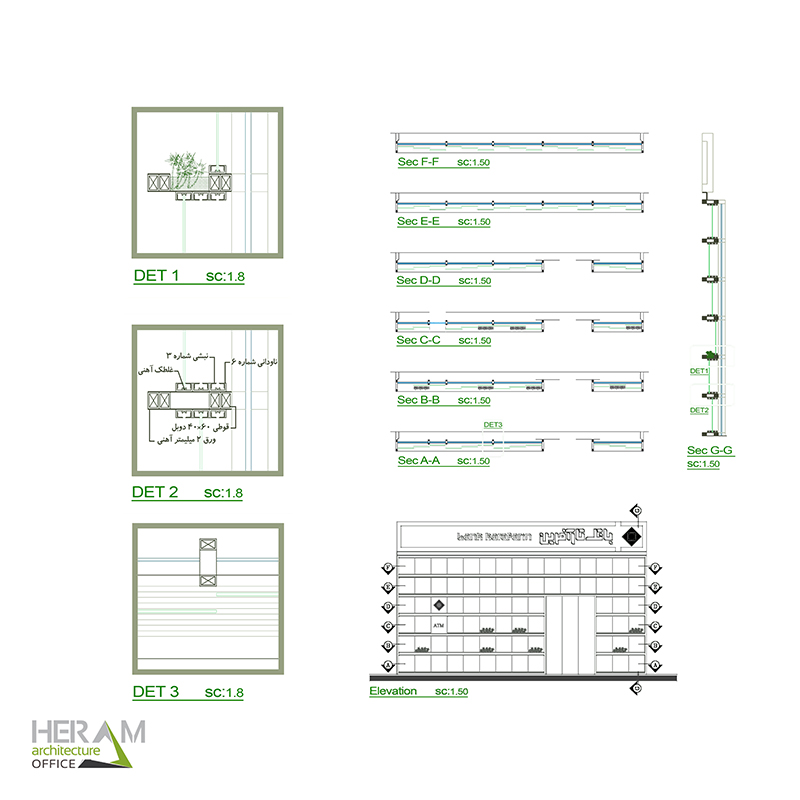 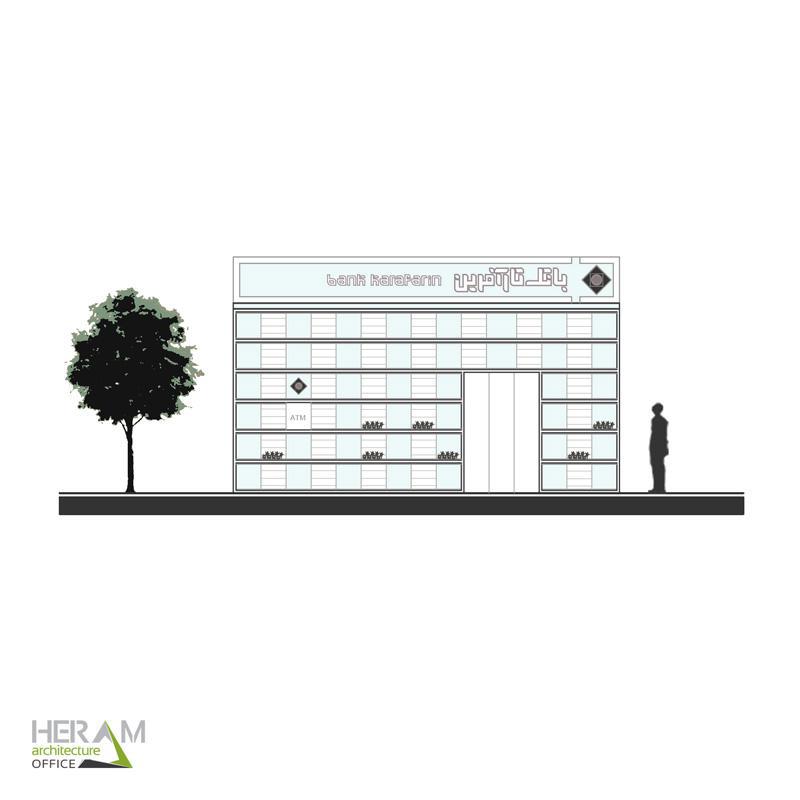 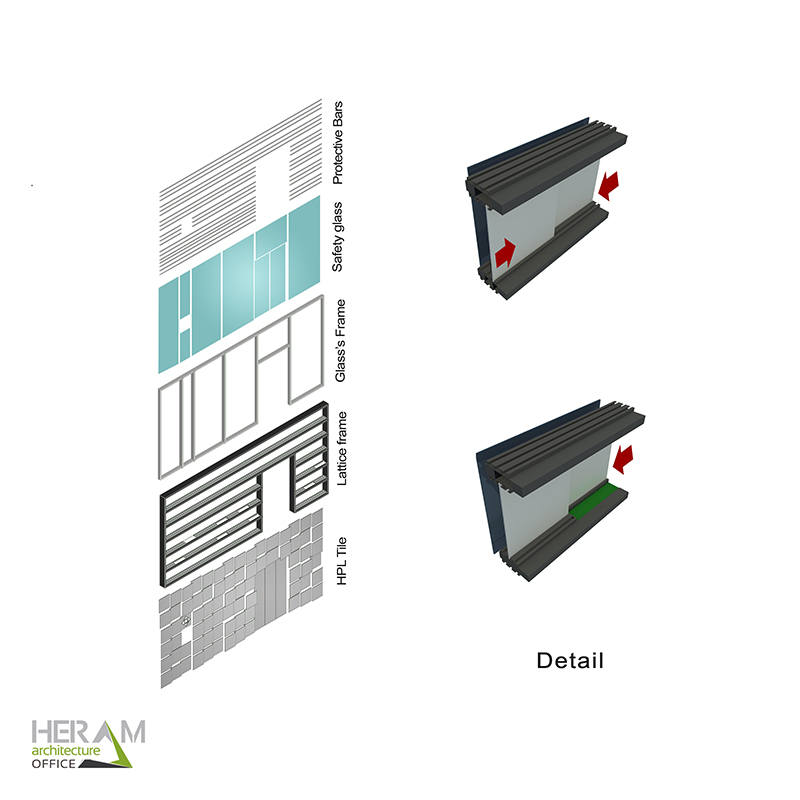 Today, with the advancement of technology and the growing expansion of new building materials and the emergence of new methods in the implementation, as well as the need for industrialization and increasing speed in all industries, they all have made the use of old materials and how they are implemented outdated and give their place to today’s materials. In this regard, architecture is not exempt from other industries, and in the course of this change, has and will have its own changes.

In this project, due to the main needs of the project, which is to achieve a single model, to be used in all branches of the bank throughout the country, we tried to achieve this by a modular system. Using the new method and achieving such a model allowed us to provide a design that can be implemented at all levels, scales, and in all volumes, and leads to a single unit.

Considering the special feature that exist in the security system of all banks, in this design, we tried to reach the security power of this system to its maximum, and cover all the bank's foreign currency by using a special tool and modulus. But this is not the whole issue, the banks, like other organizations, are considered as one of most important social elements in the human life, which the issue of transparency in it increases the public confidence….. In the meantime, according to the above, will come to a conflict which is the conflict between security and transparency.

The best option for solving this problem is to combine these two issues, which means that transparency can be achieved at the same time as security. So, we tried to show this concept by 60 in 60 cm HPL tiles which are placed on a horizontal metal grid and on outer layer of the facade (on the glass), Which, according to the need, can be changed to either completely closed mode or semi-open mode with two manual or mechanical systems. This mode changing in the facade itself can be considered as one the potential of the design and gives specific dynamism and mobility to the design, and distinguishes it from other spaces so that it is possible to display different volumes and views during the day by changing the way tiles are arranged, which in turn relieve the boredom from routine life and brings a sense of mobility and dynamism in humans.

This system, due to the simple and repeatable features on any scale and in any climates, can easily be industrially implemented, and we can control the light and the heat generated by it in accordance with the needs of each climate. This flexibility of the design, which simultaneously can be generalized in all aspects and adapt to any situation in such a way that we can have the best radiant light or prevent the introduction of disturbing lights or also give the public the best view and perspective, and finally, if the branches are shut down, by closing of all the tiles achieve the maximum security, it distinguishes itself from other designs, and it is a messenger of a new development in industrial design.