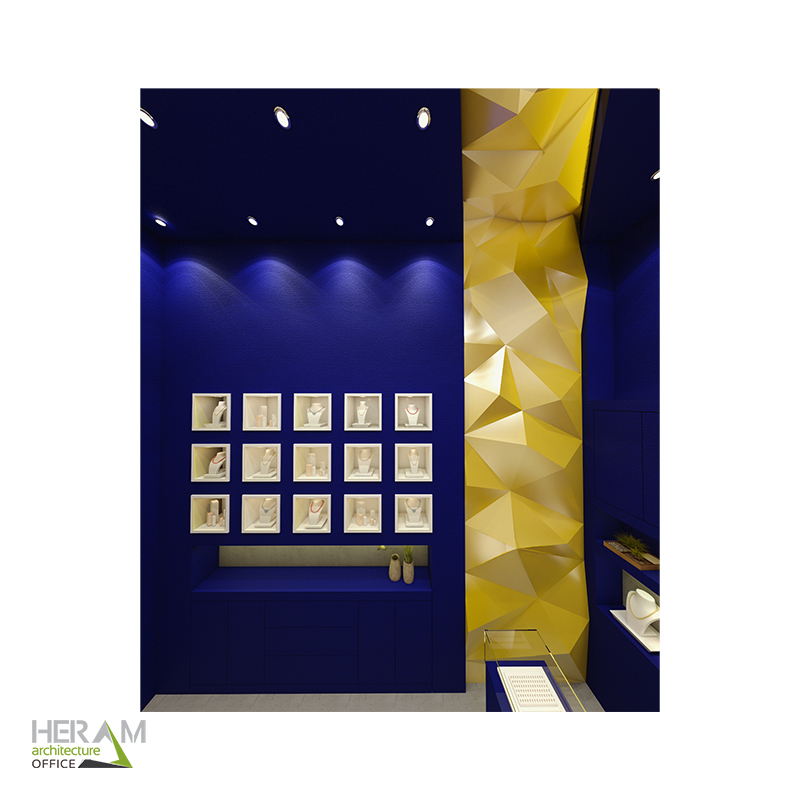 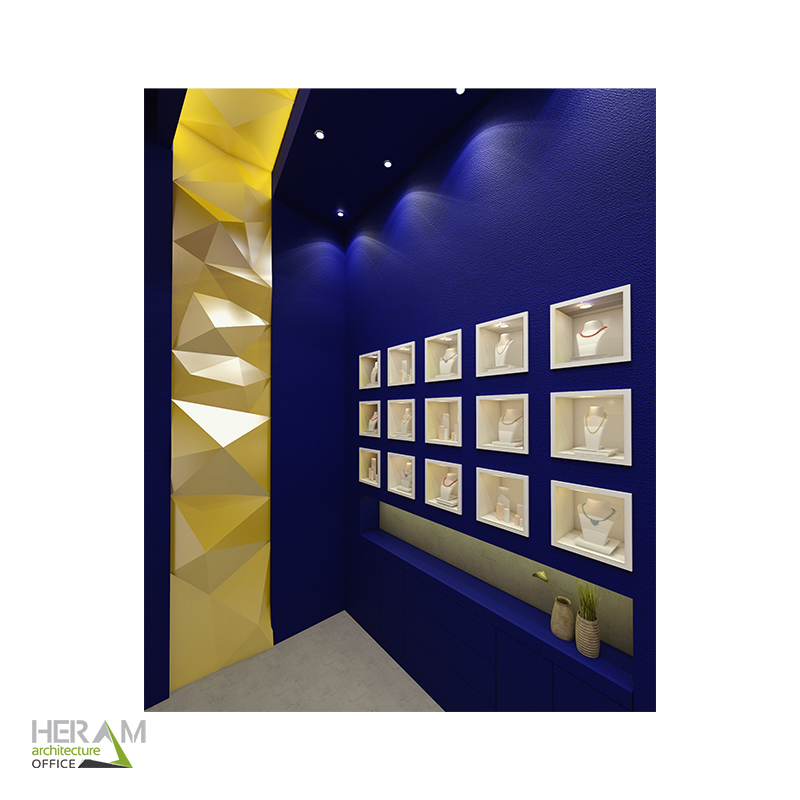 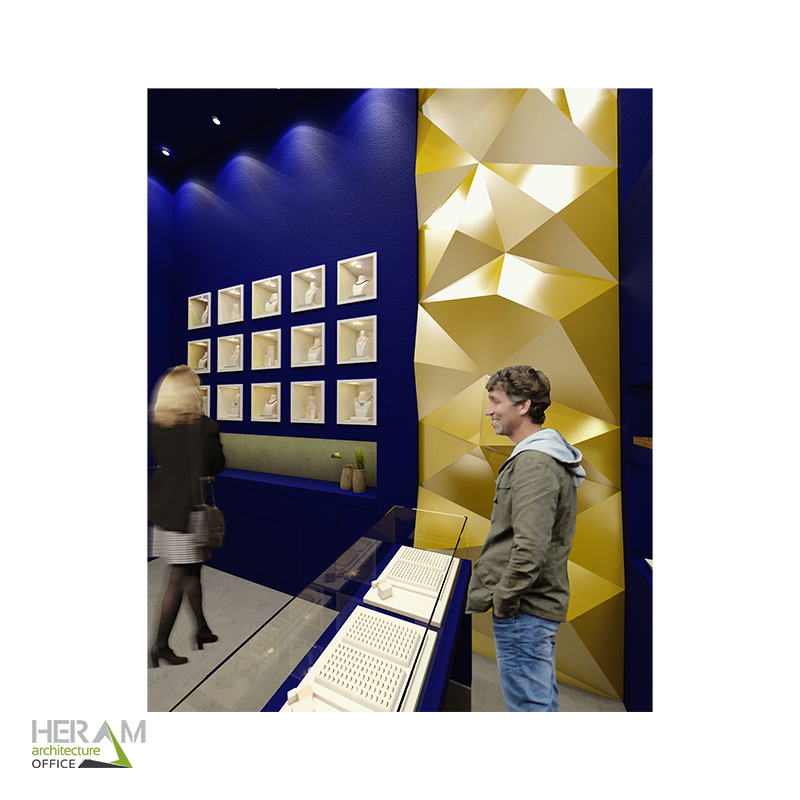 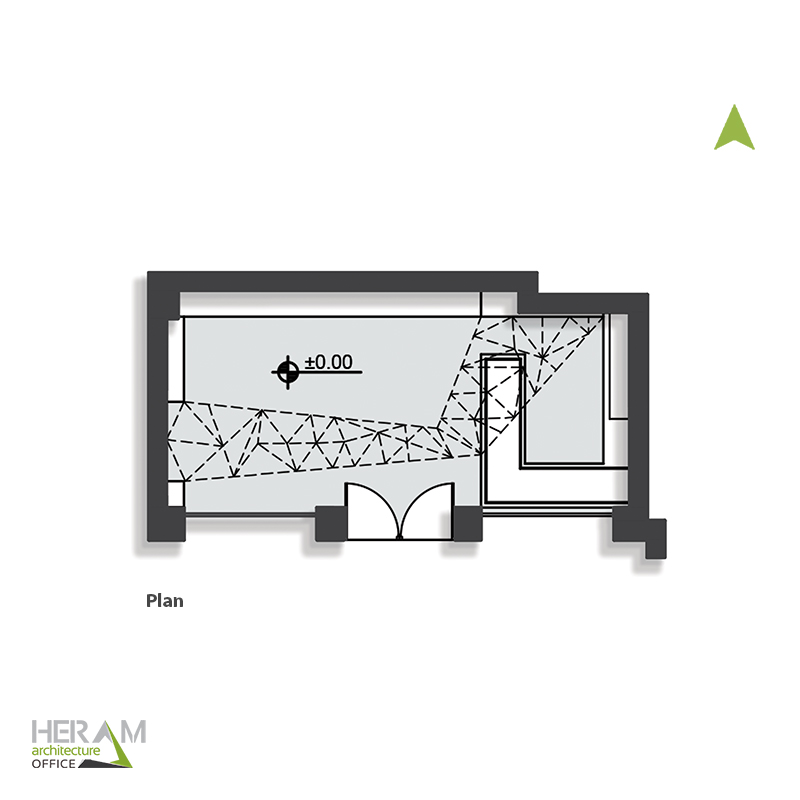 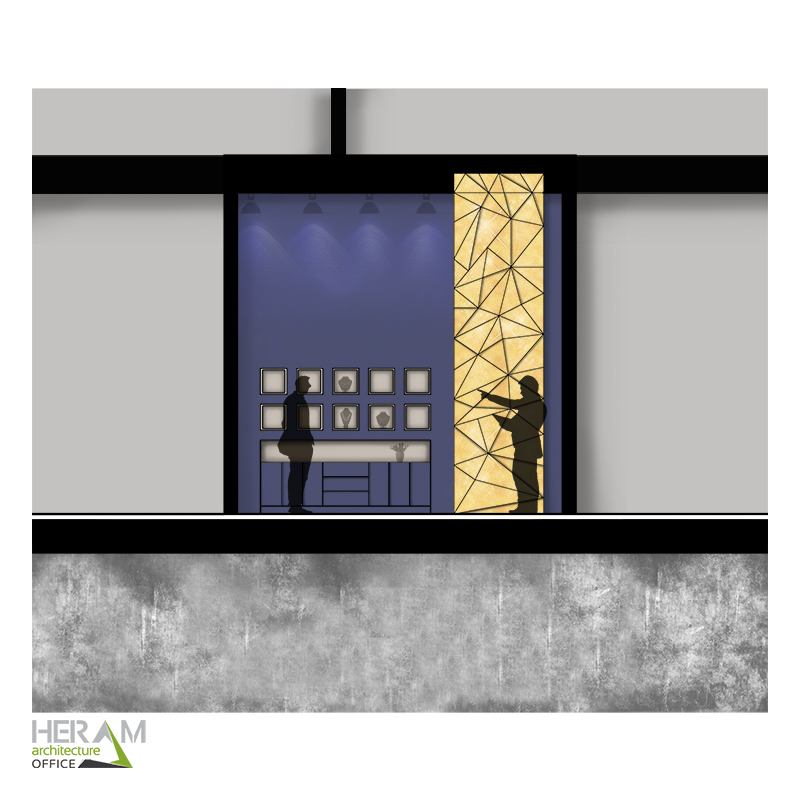 The project was the reconstruction of a small jewelry store in a commercial complex. Regarding the store's function, the main issue was to show this function in elements forming the space. The idea as an illustration of mine was formed in such a way as if after separation of the top layers of walls, gold and jewels are revealed through the split layers and present themselves by shining. Thus, a movement, as a separated shell which is an abstract of jewelry slice, starts from a wall and extends to the ceiling and ends on another wall; this movement is graphically formed by the presence of gold and jewelry in the space. According to store requirements, other surfaces were also considered as the locations for accessories and jewelry. Finally, it was attempted to match the final form with the function and content of the store and it would also represent a mine of jewels.