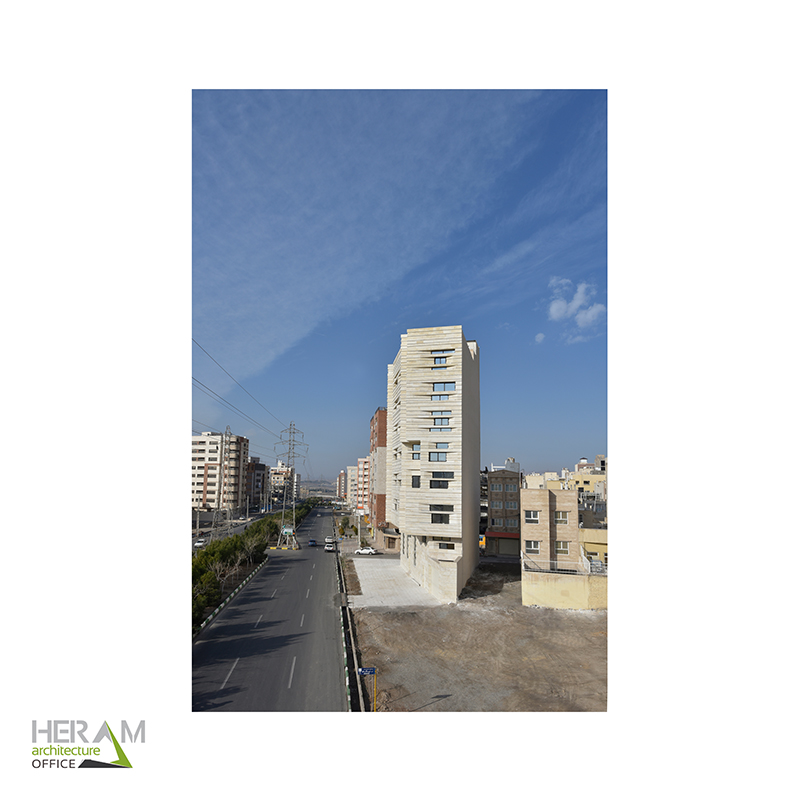 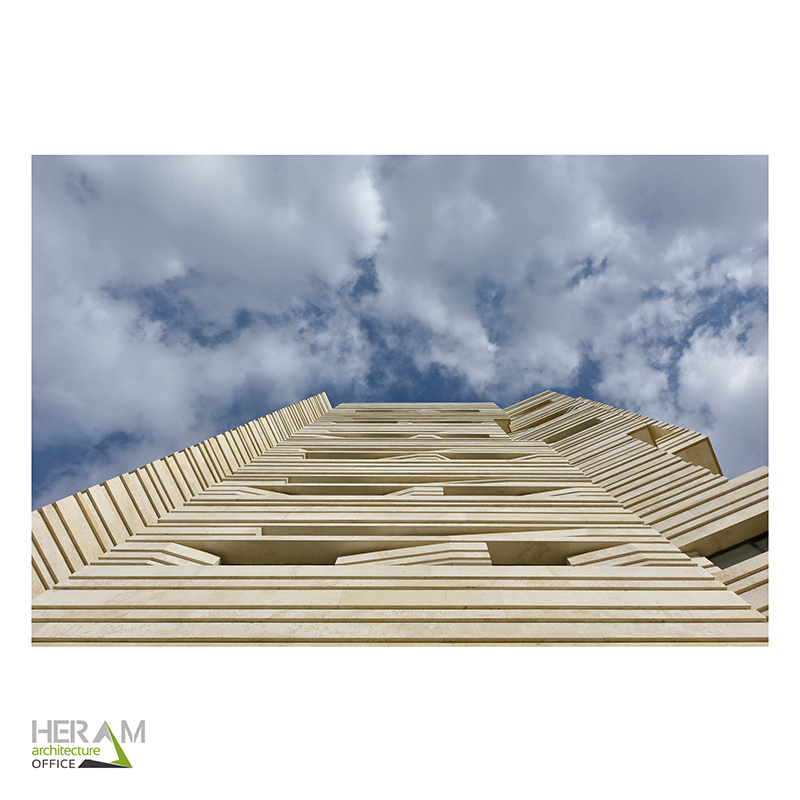 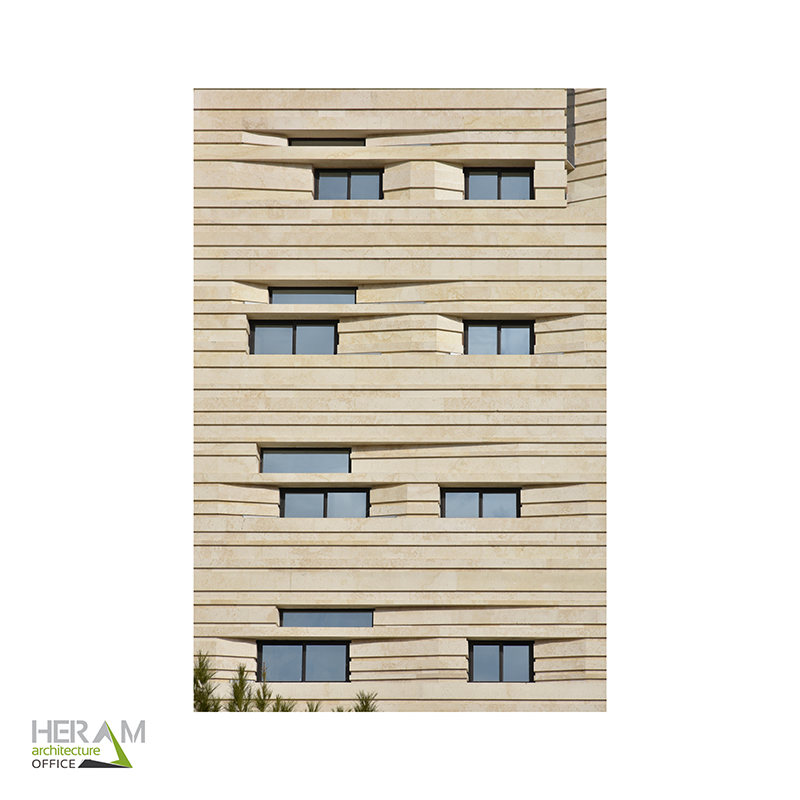 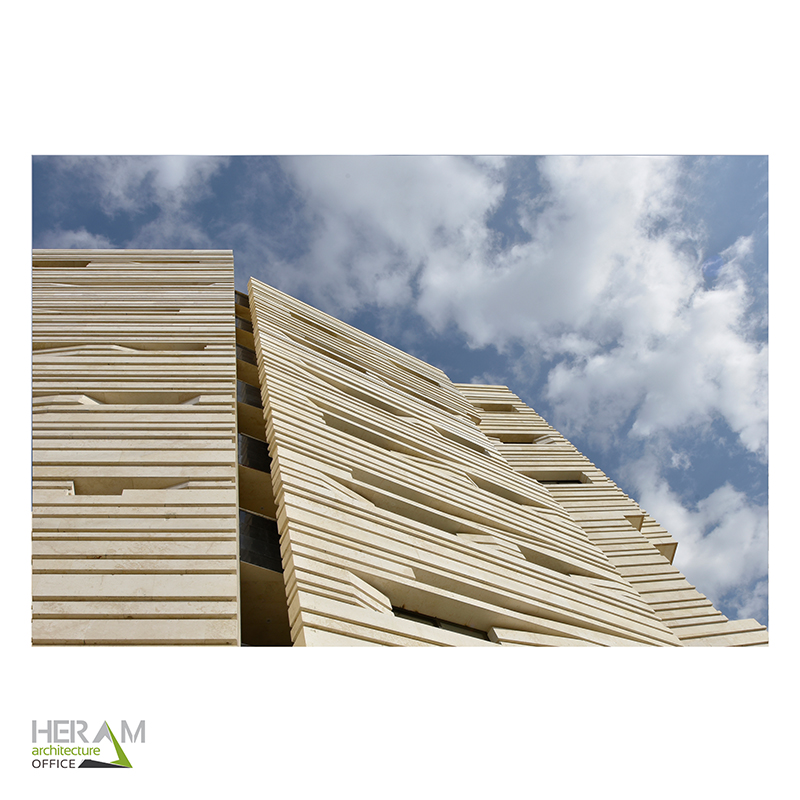 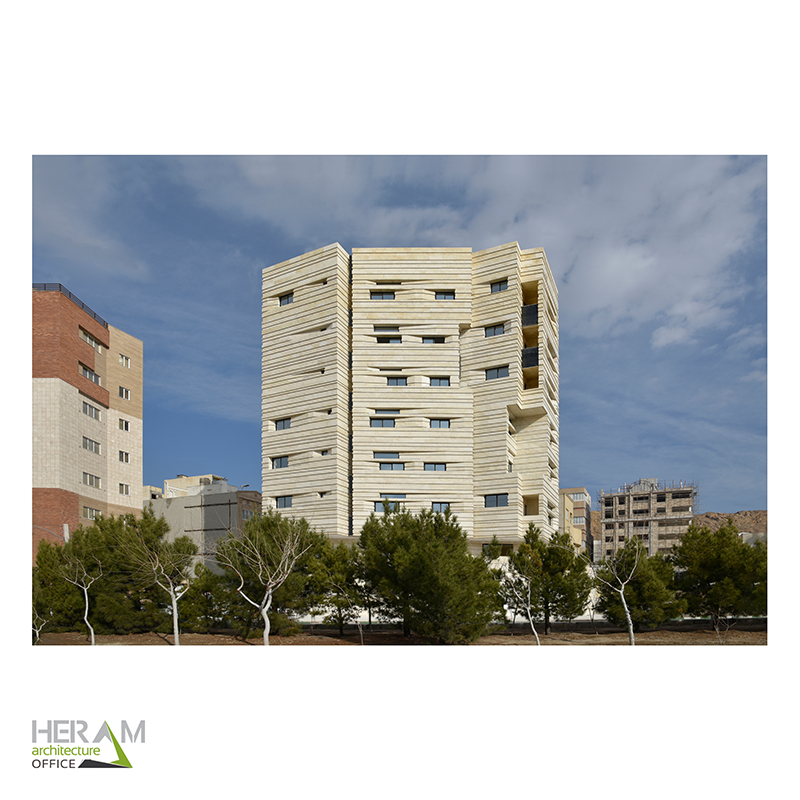 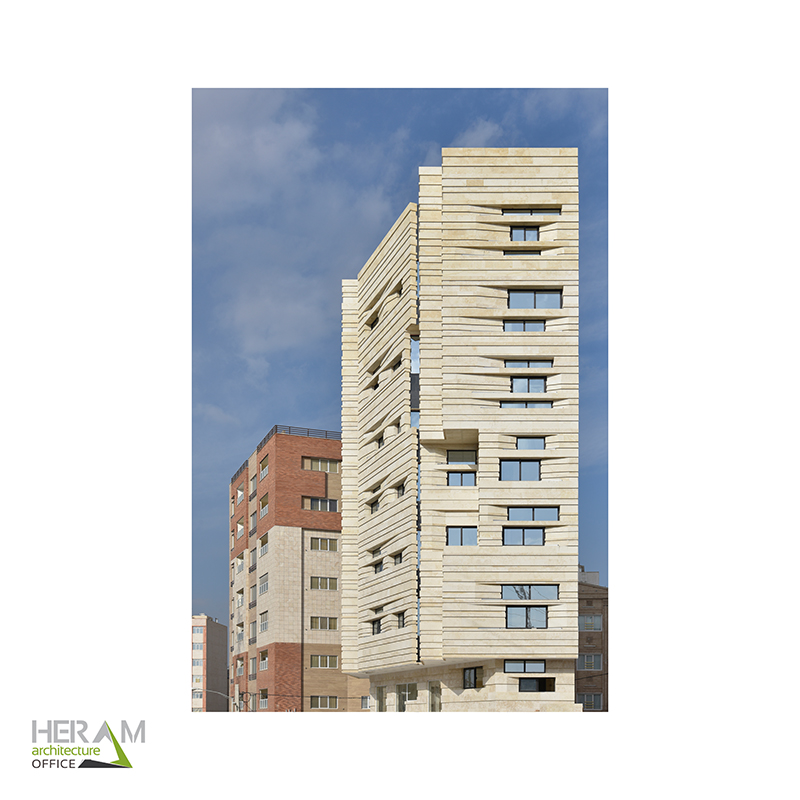 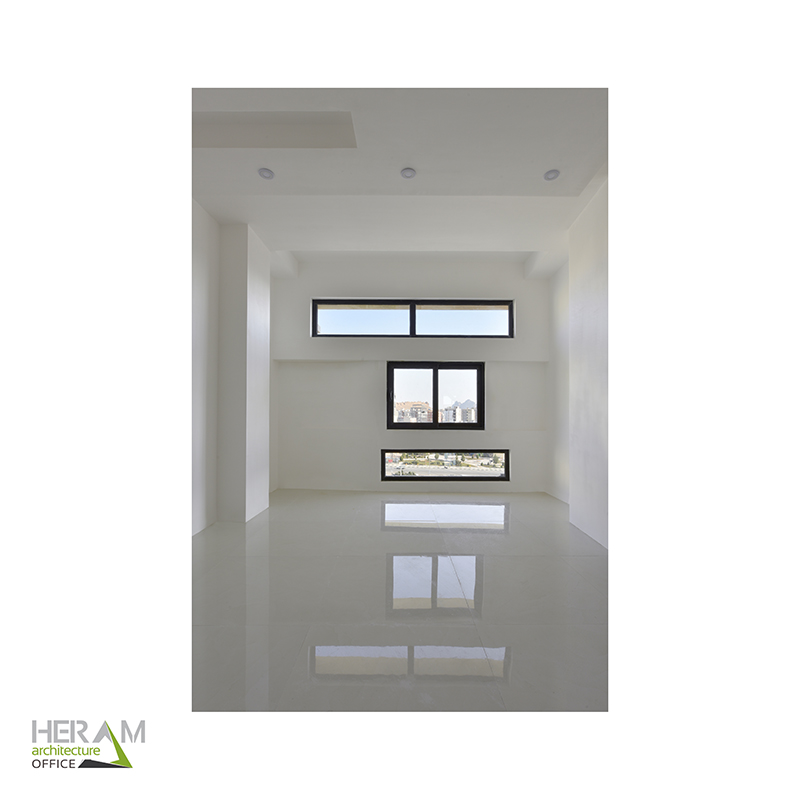 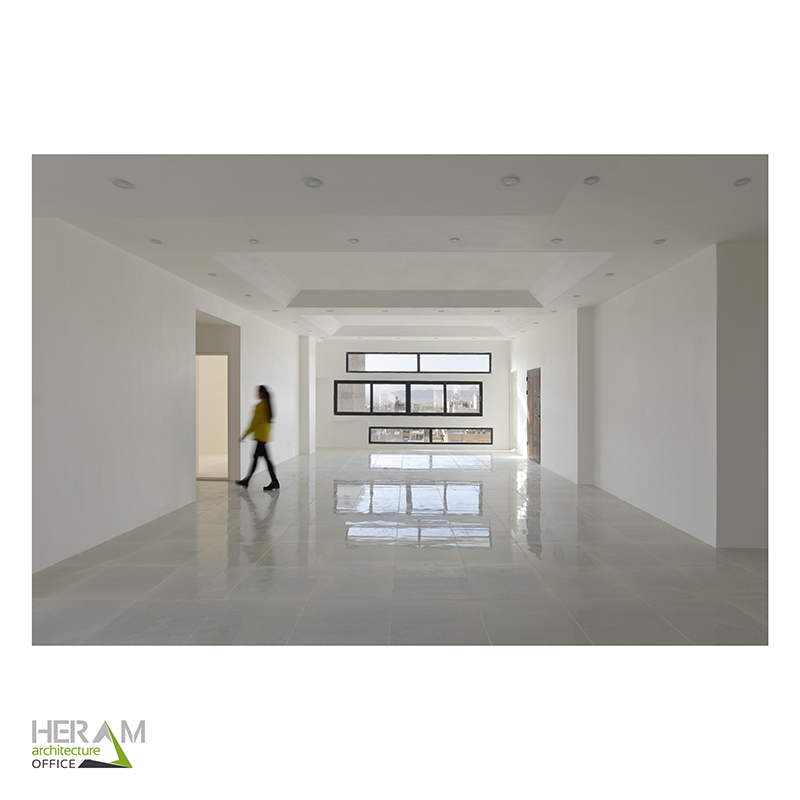 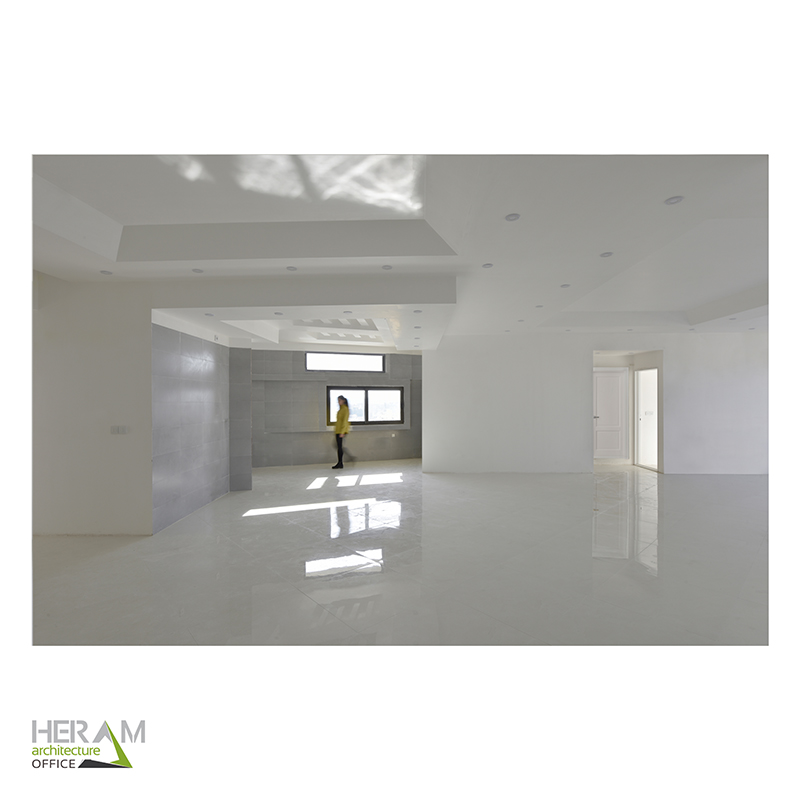 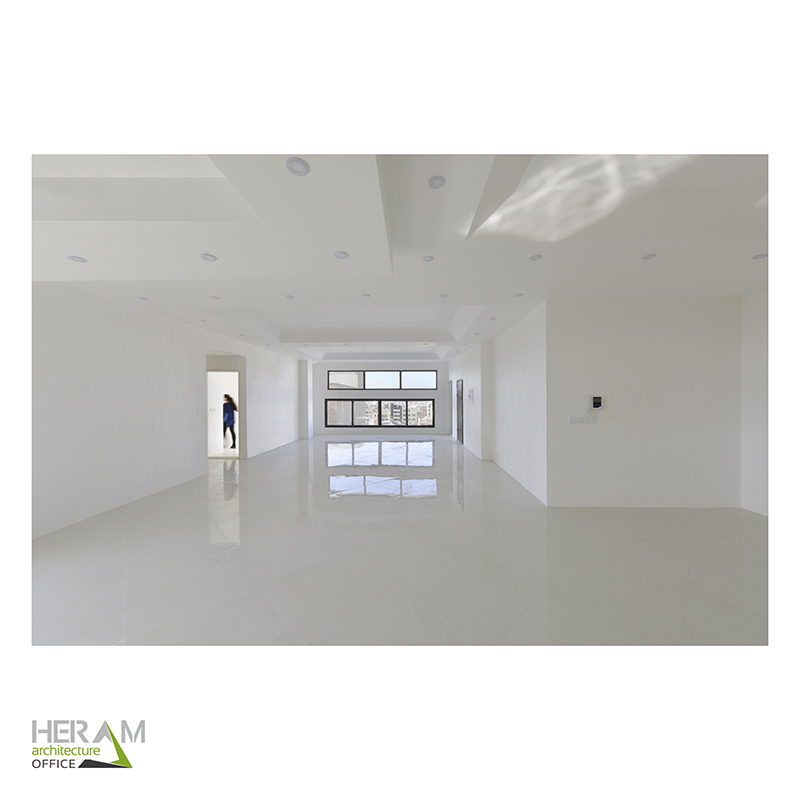 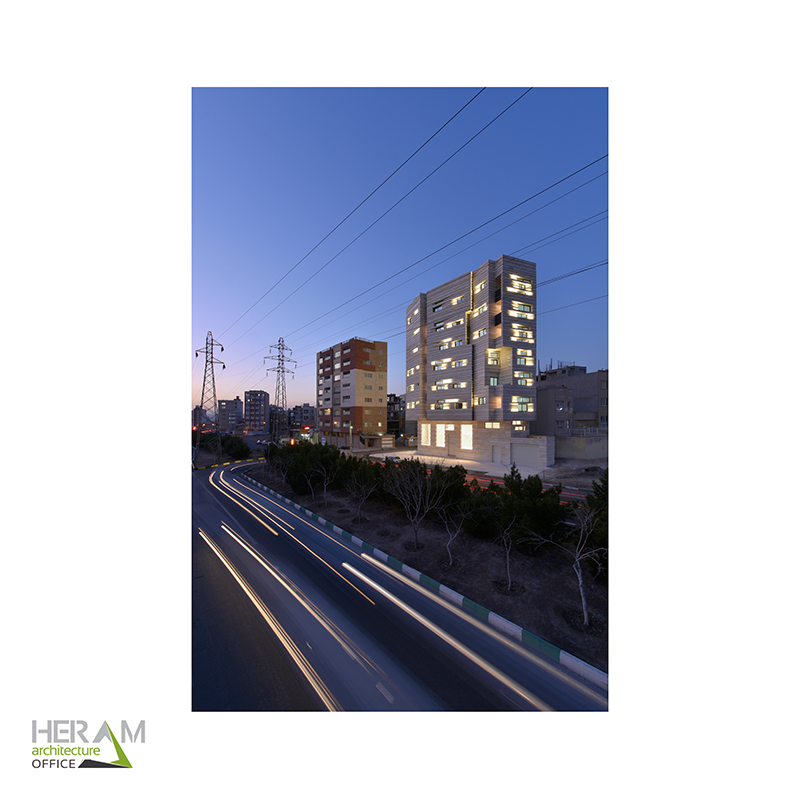 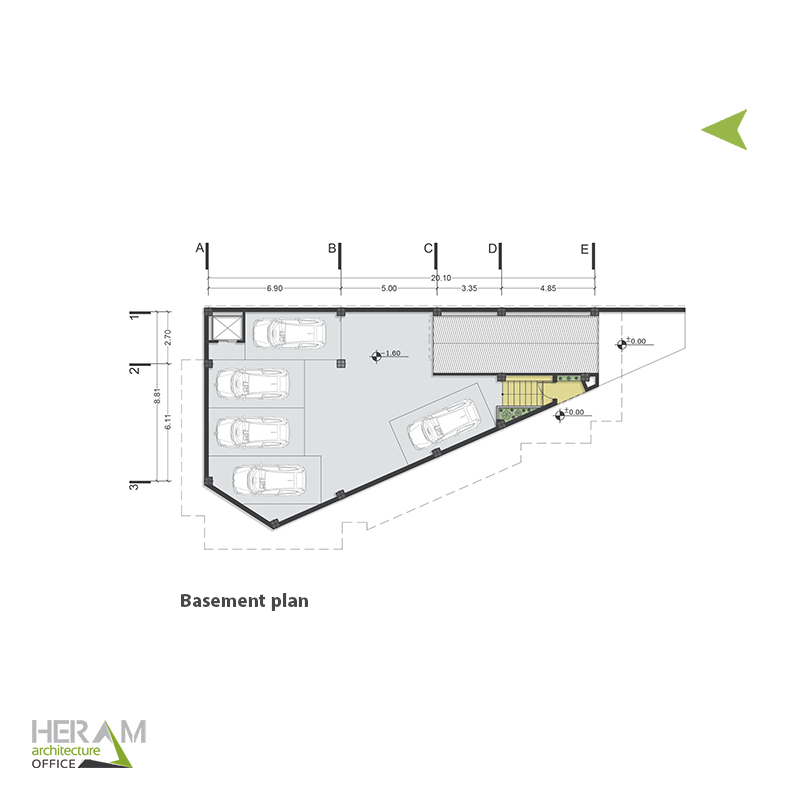 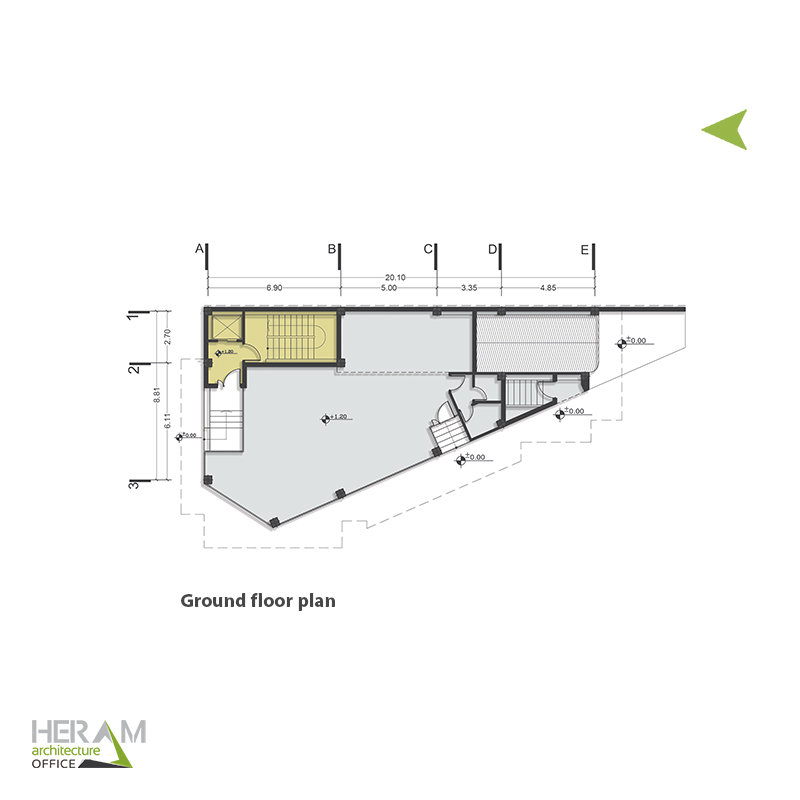 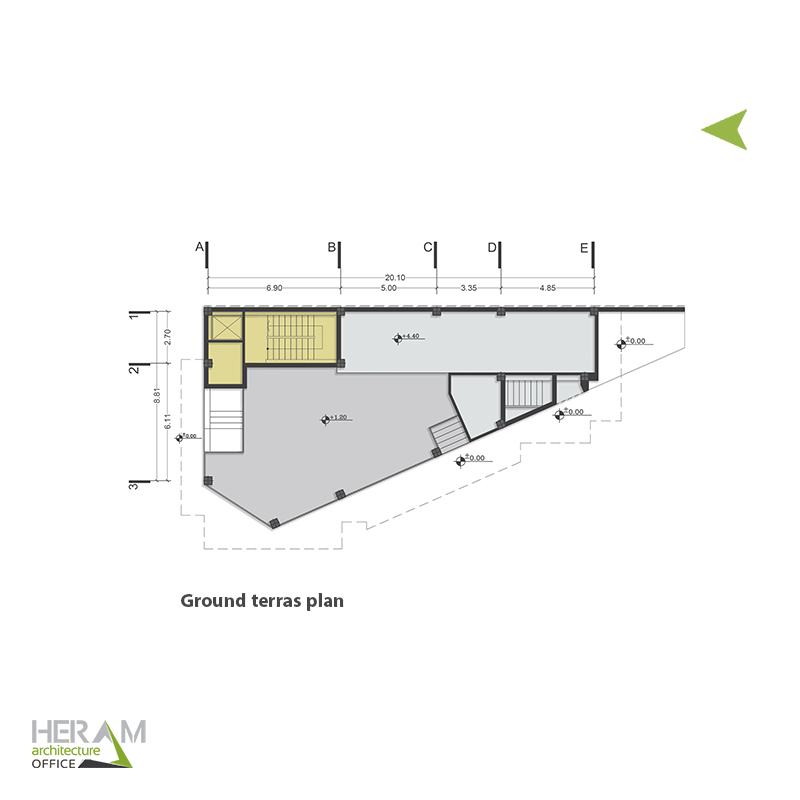 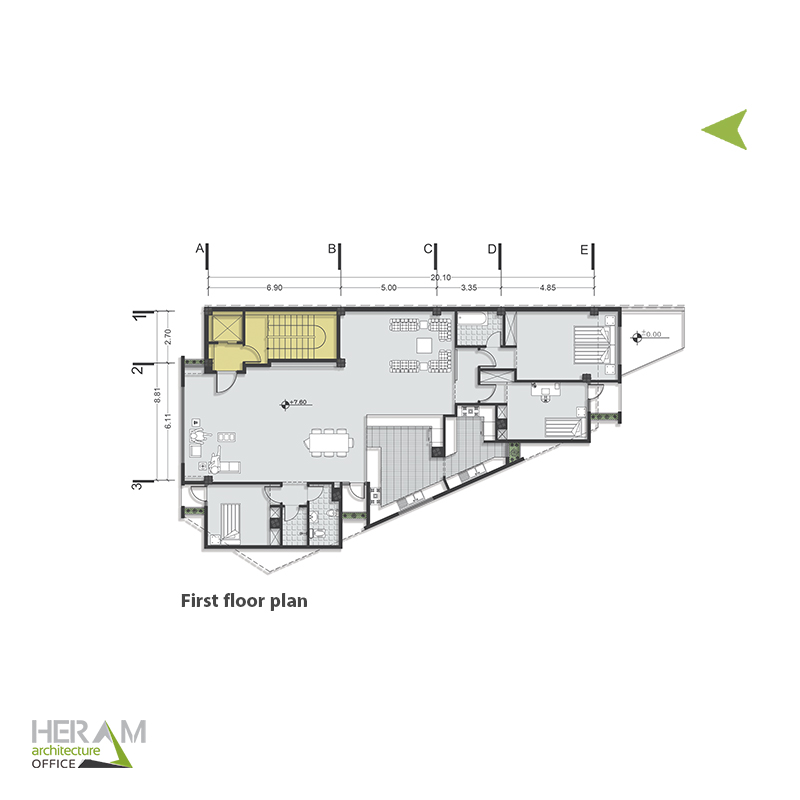 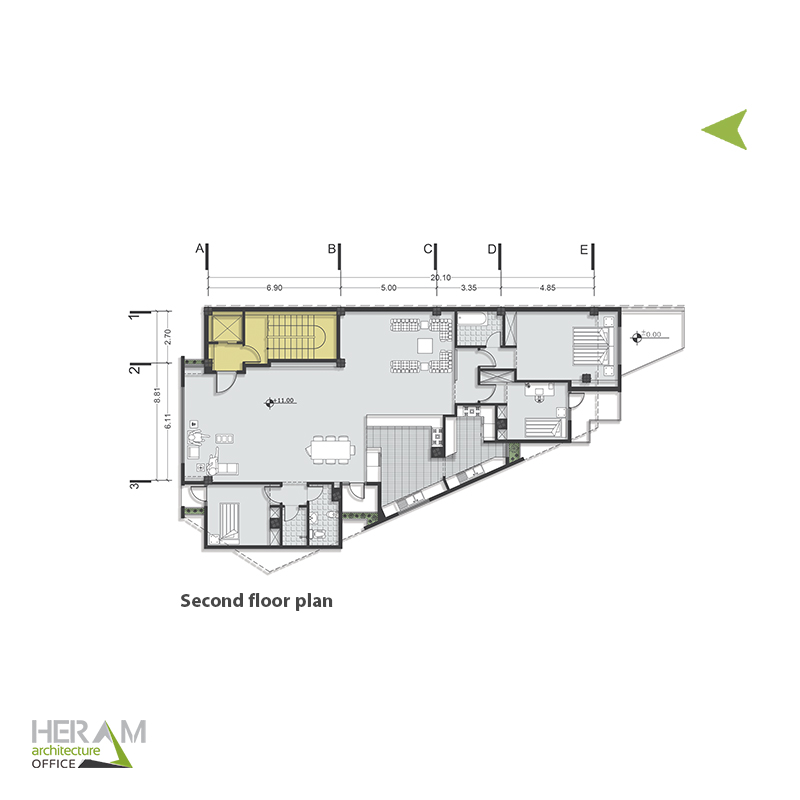 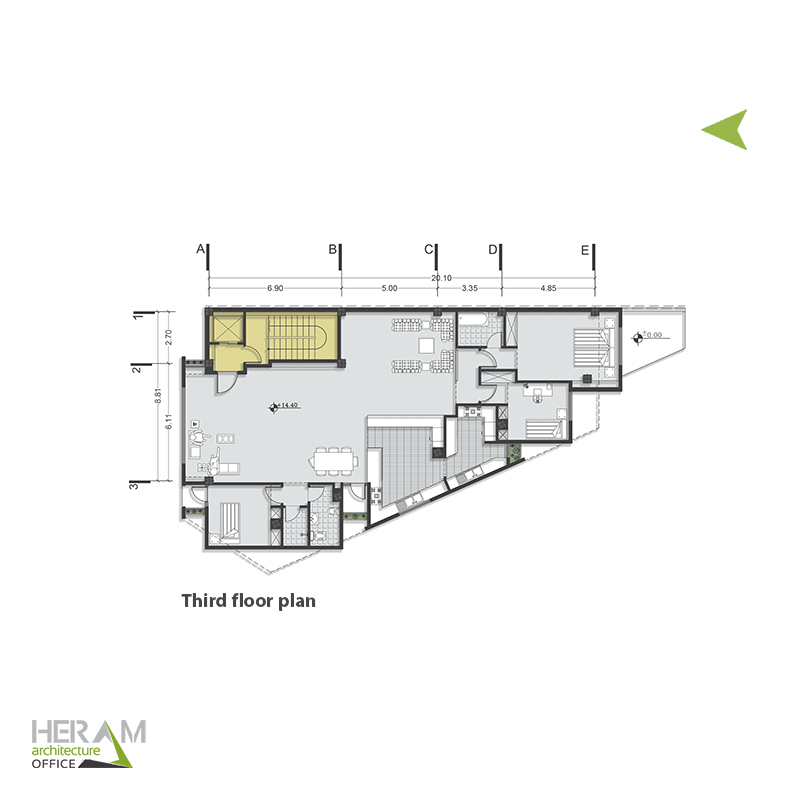 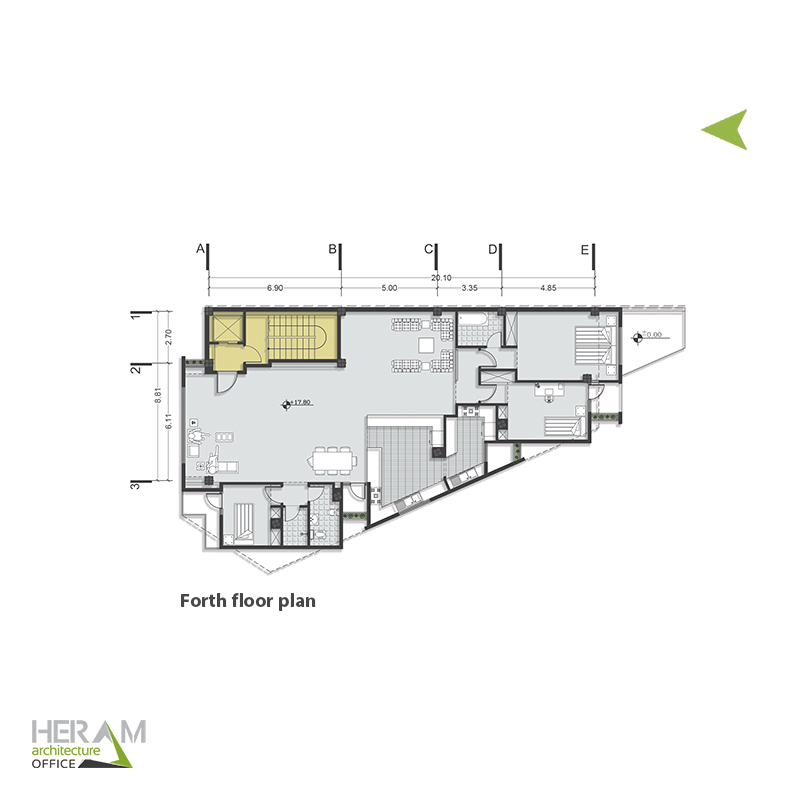 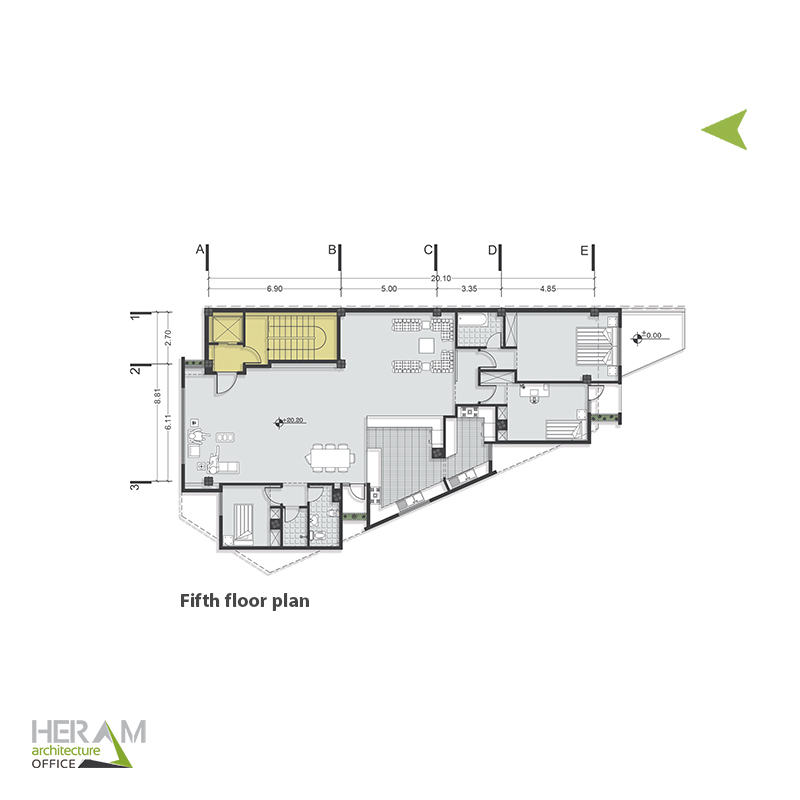 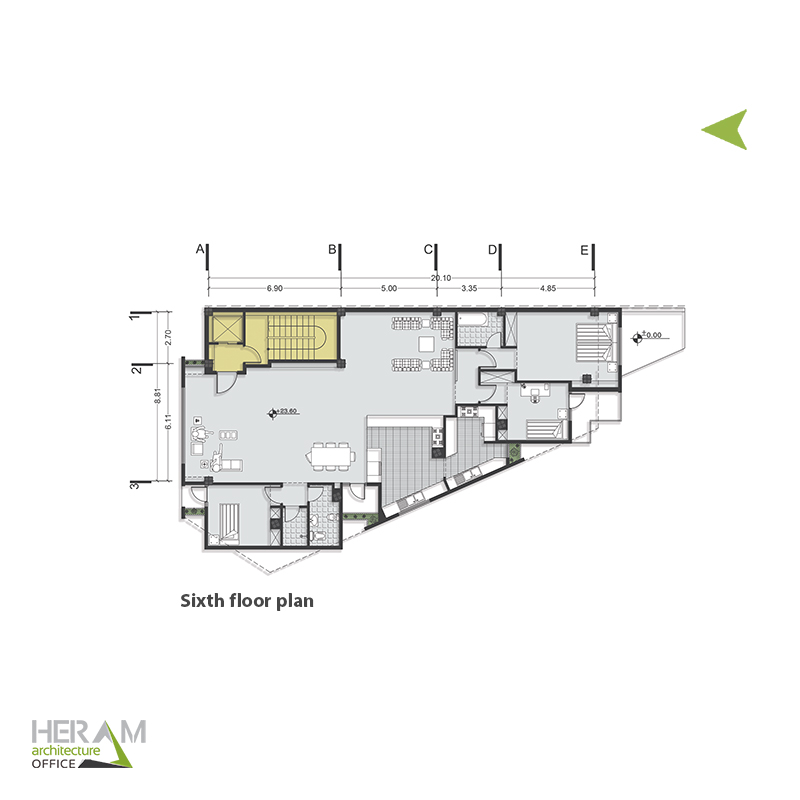 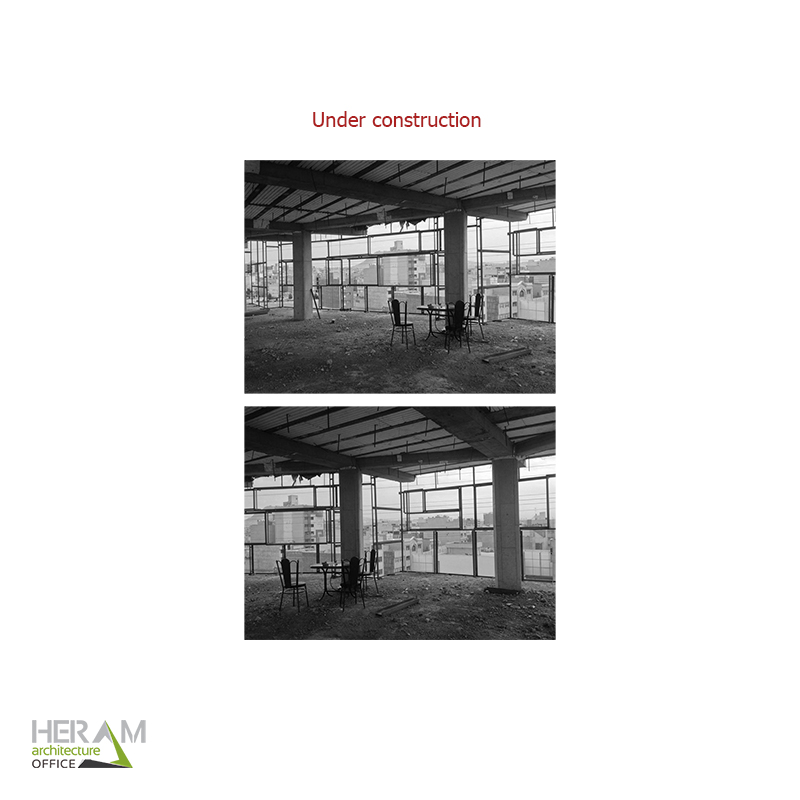 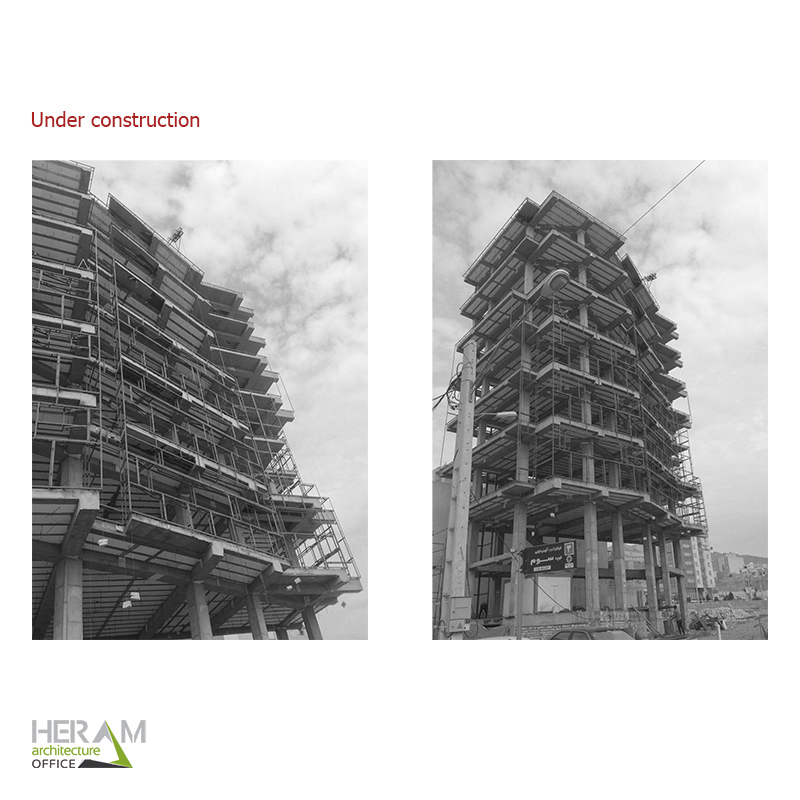 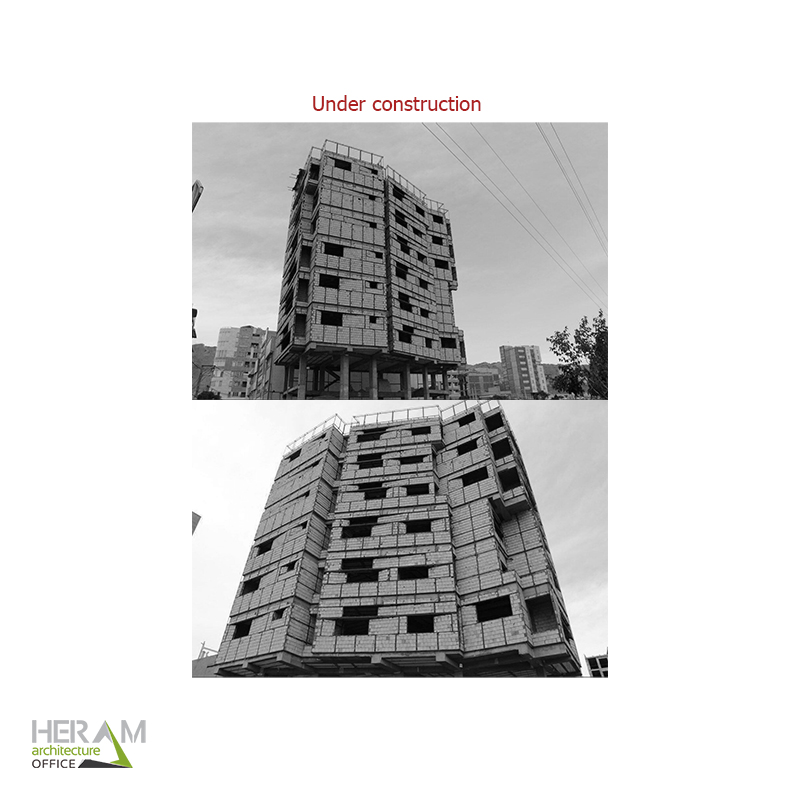 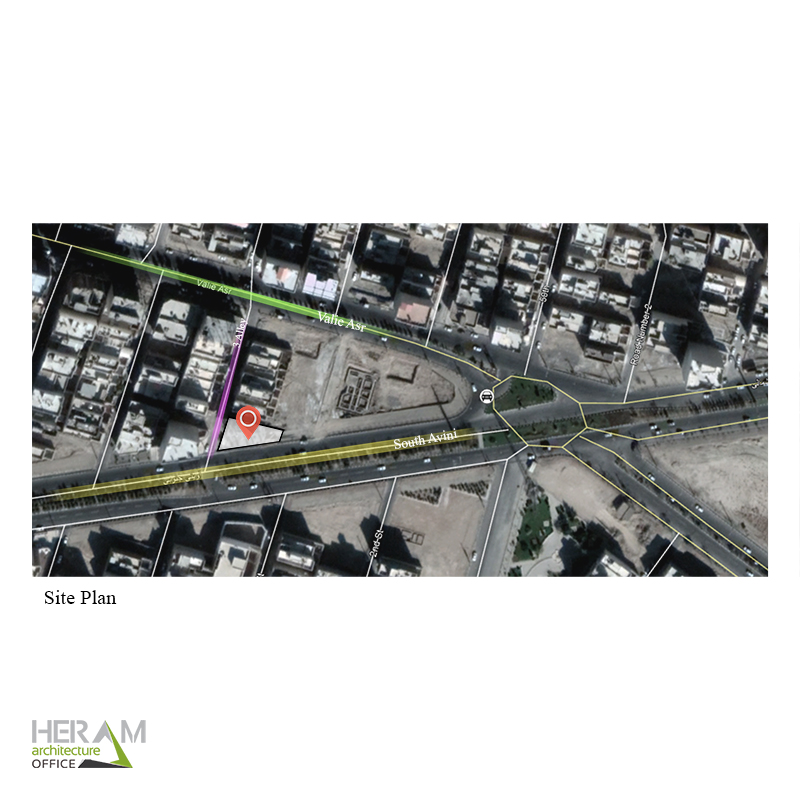 The Avini residential building is an apartment project that has eight floors and six residential units and one commercial unit.

The most important issue of the project was the inhomogeneous geometry of the site and how the project's functional spaces are formed.

Due to the location of the project on one of the main and crowded streets of Qom, the exterior volume and its impact on the urban landscape was very important.

After the spatial organization of the project and the formation of an internal plan influenced by the geometry of the site and also coordinated with the internal spaces, the outer form of the project was formed.

After influencing the outer wall of the project plan, the volume showed itself as a monochrome monolithic sculpture in the city space, in which its wall is designed with the texture resulting from the special arrangement of rocks on each other.

This texture was formed in section of openings with a detail that emphasized the movement of rocks to exacerbate the dynamics movement in the facade.

Finally, we achieved a statue that is identified by creating cutaways (window location) in the outer wall of the project and being indexed in the urban context.