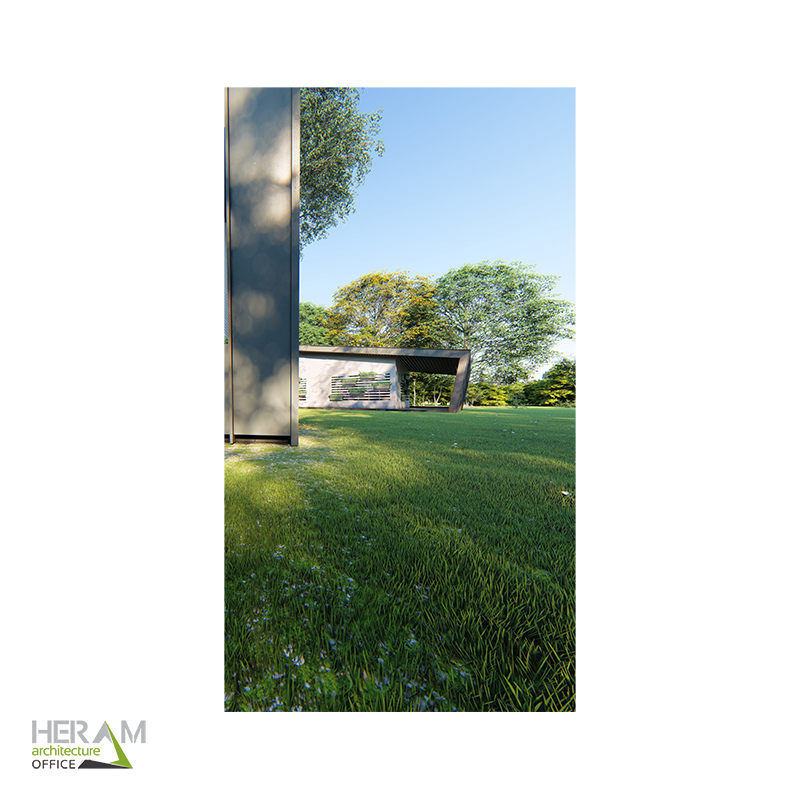 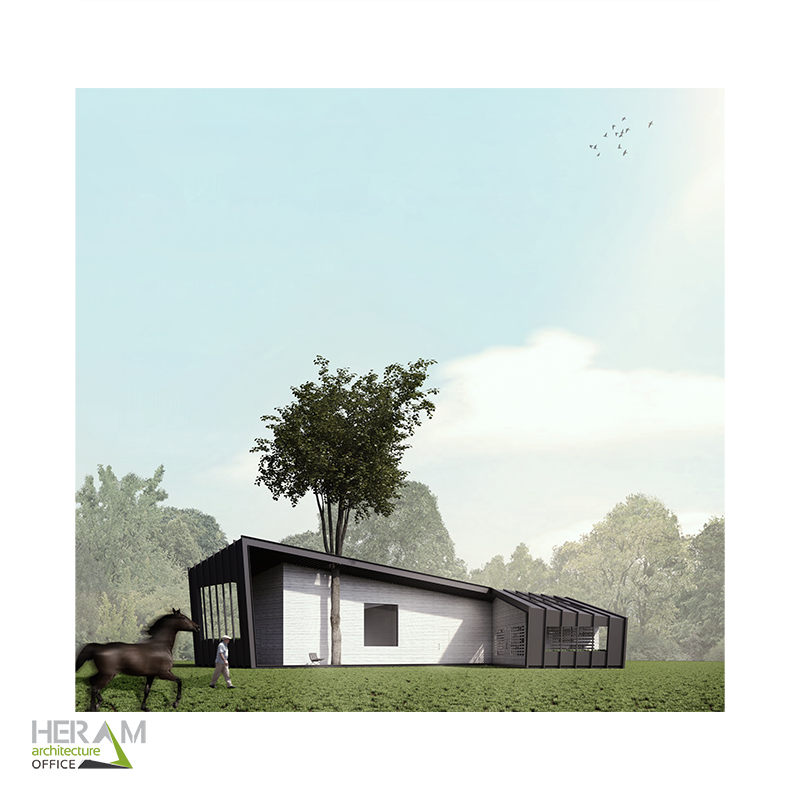 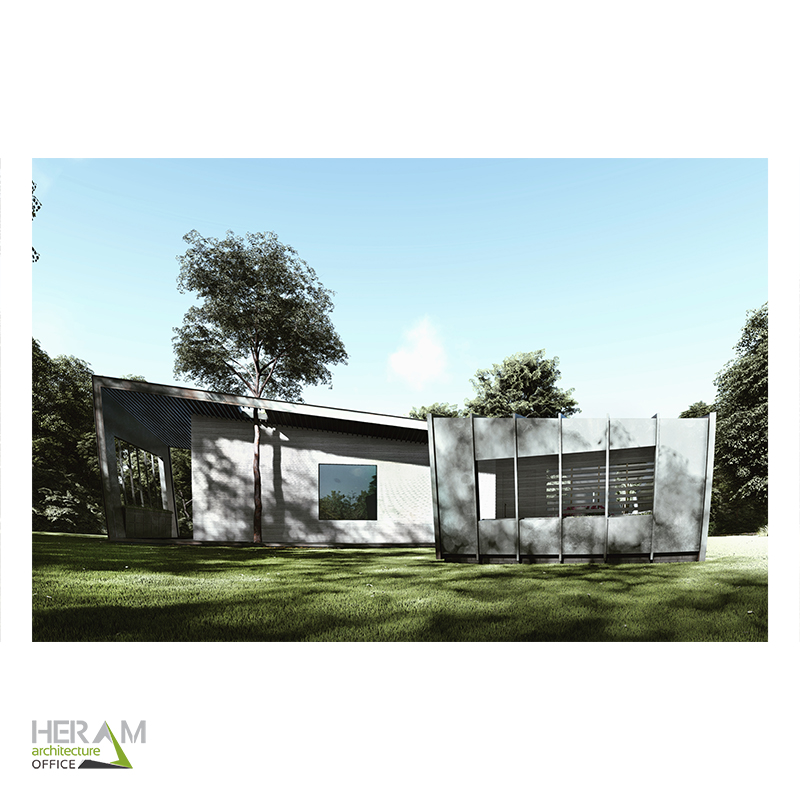 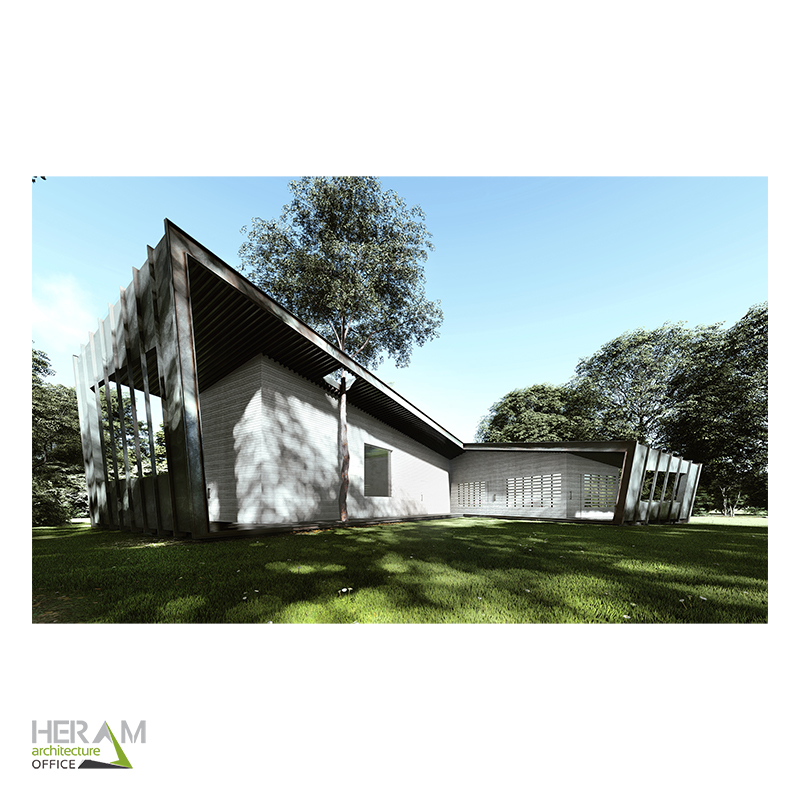 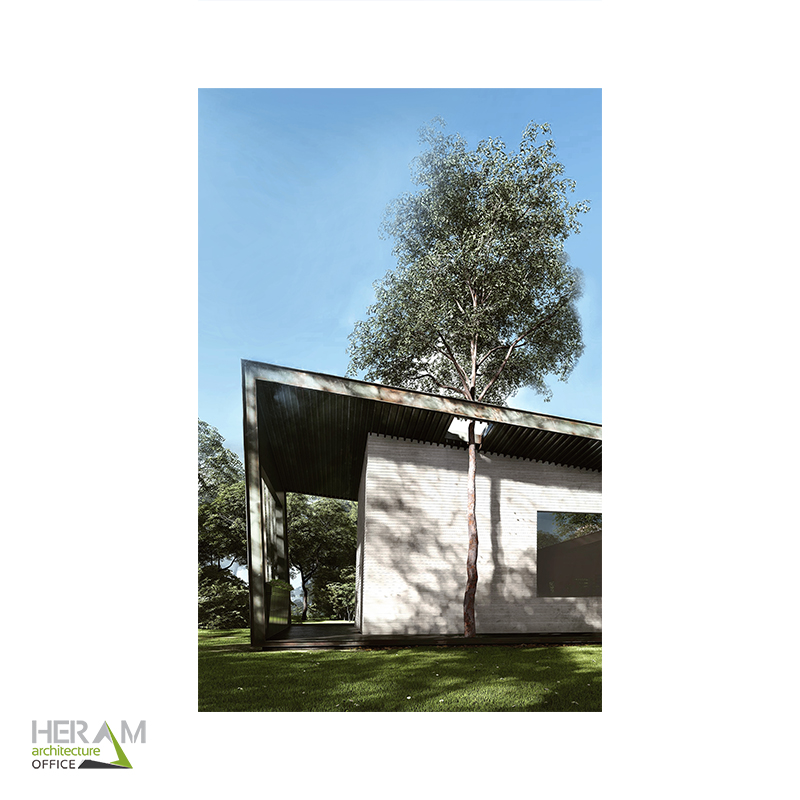 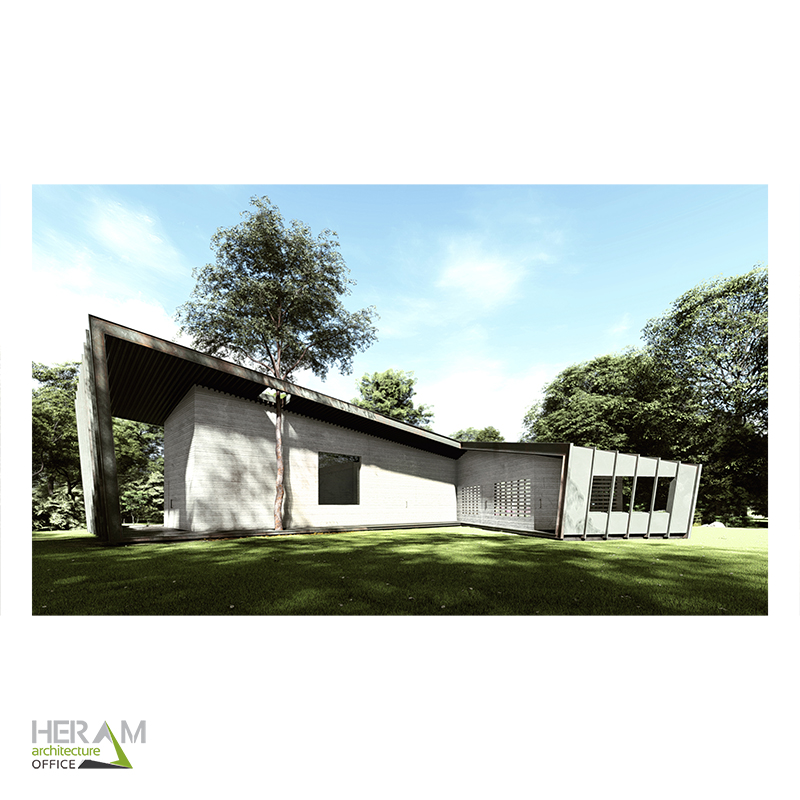 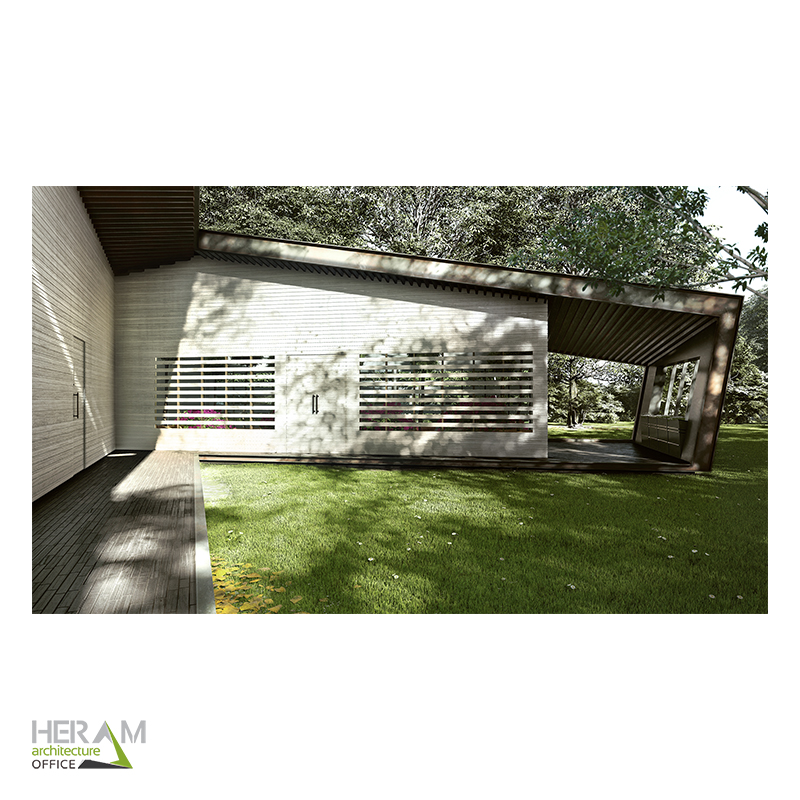 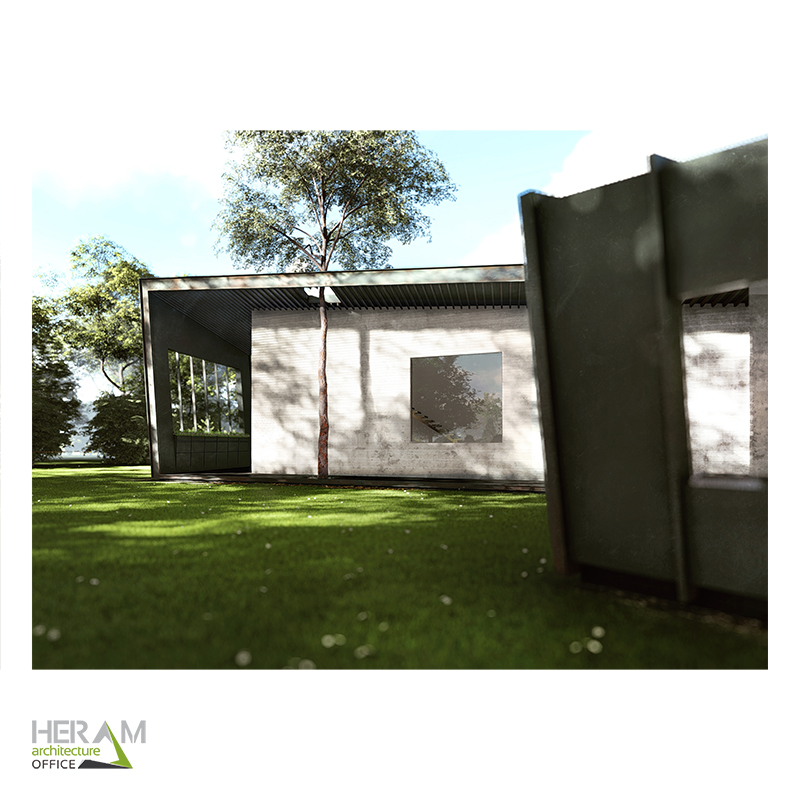 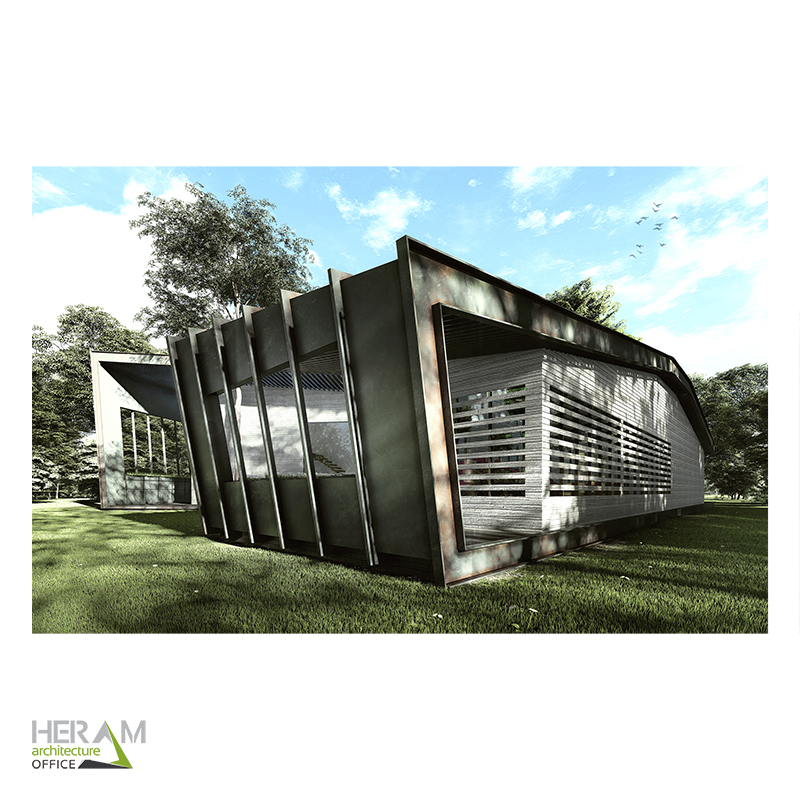 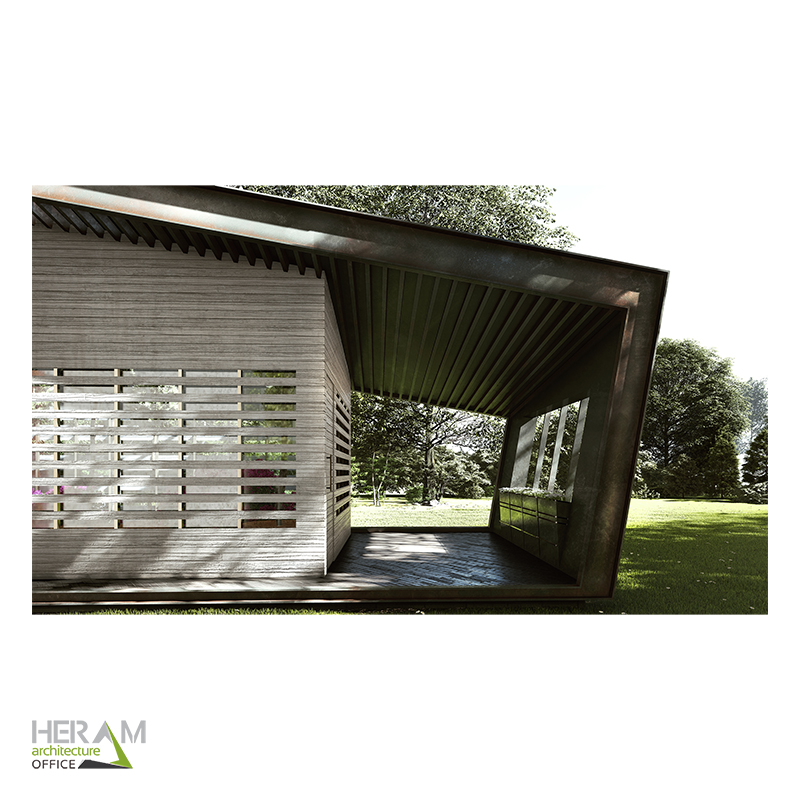 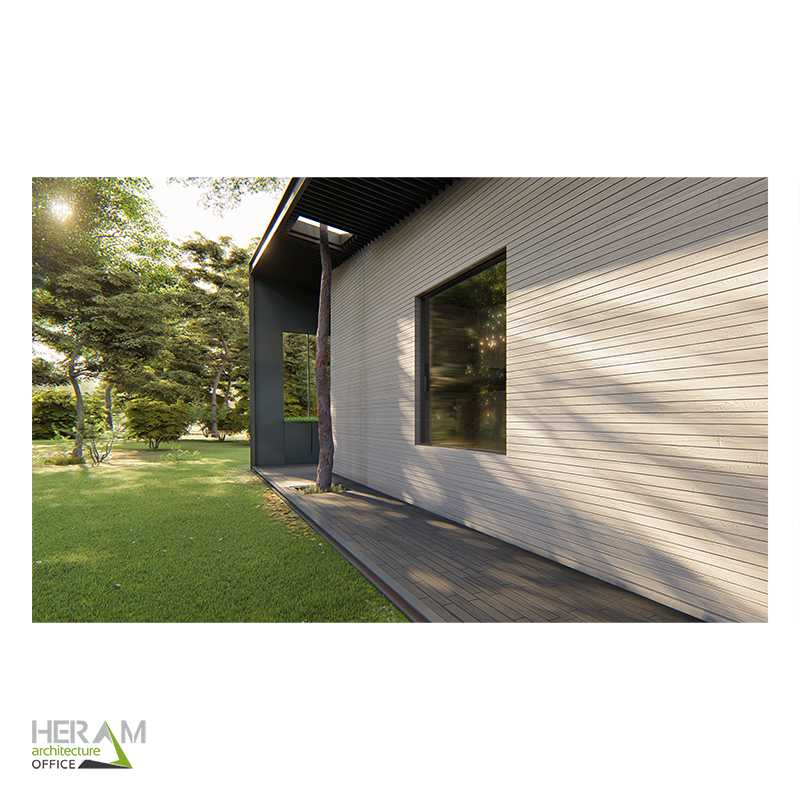 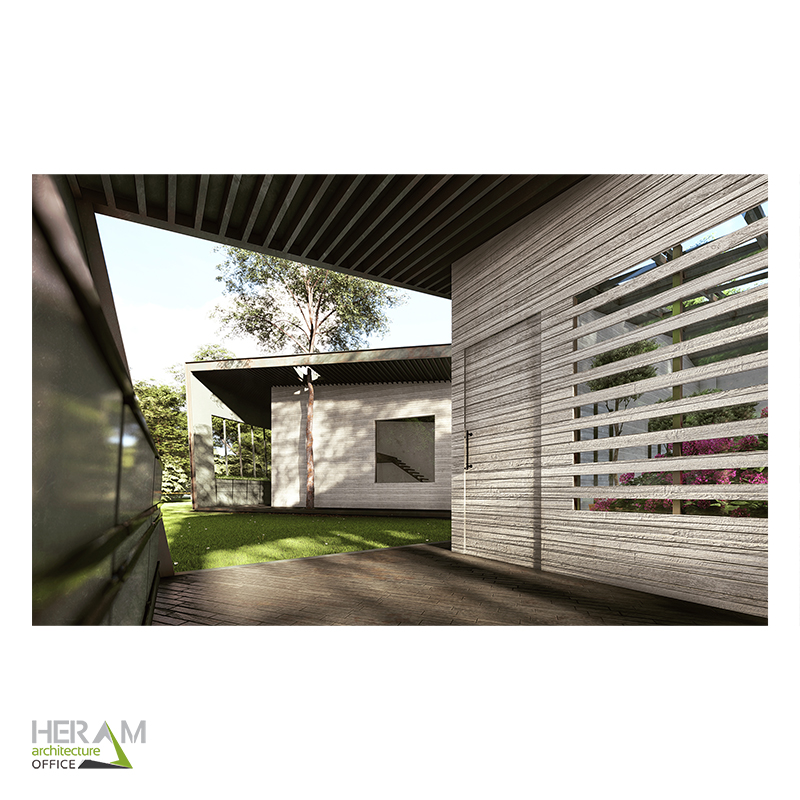 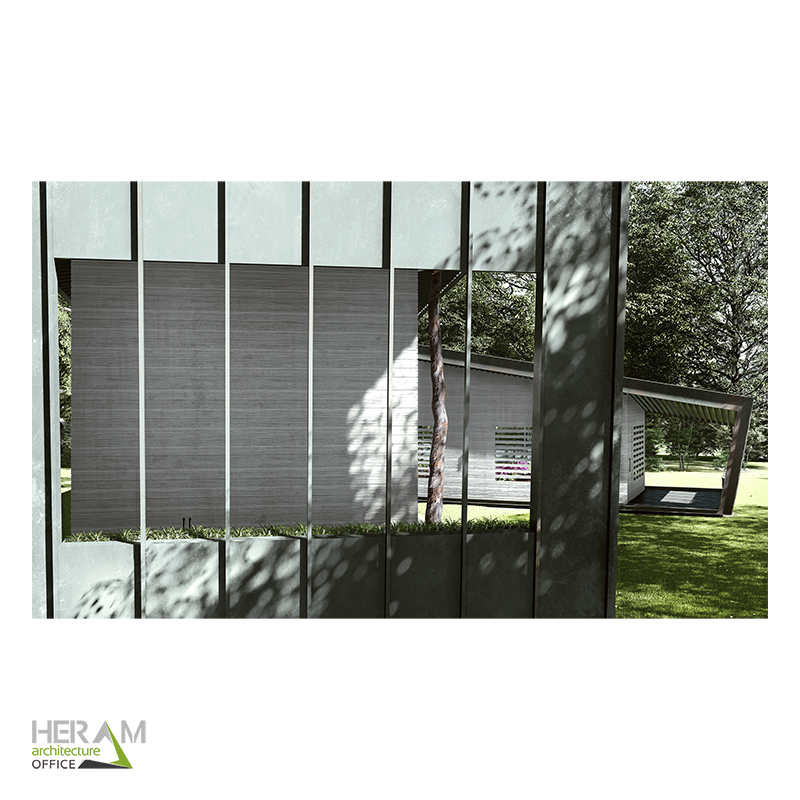 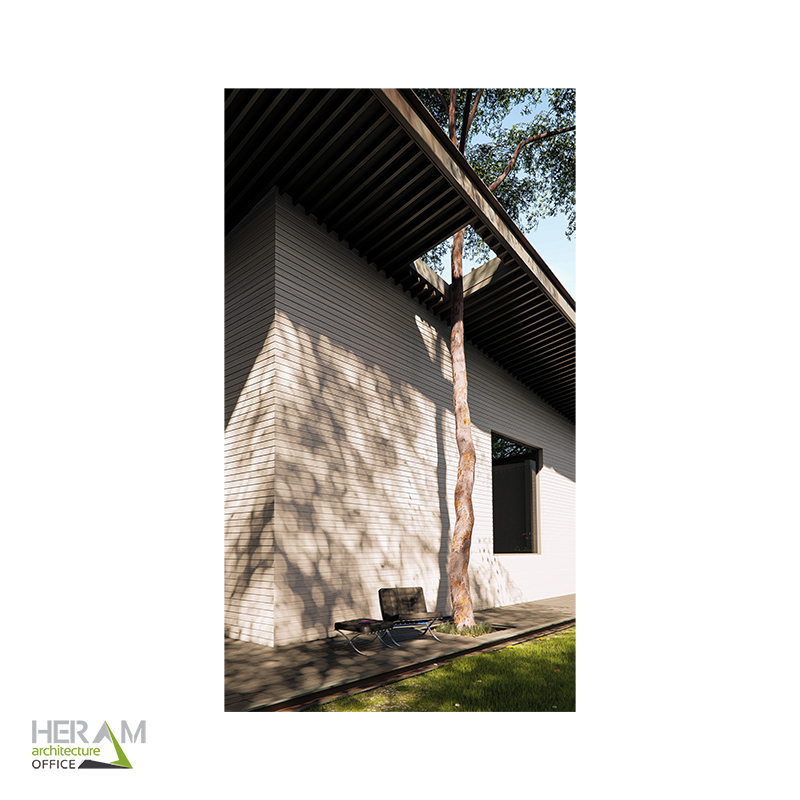 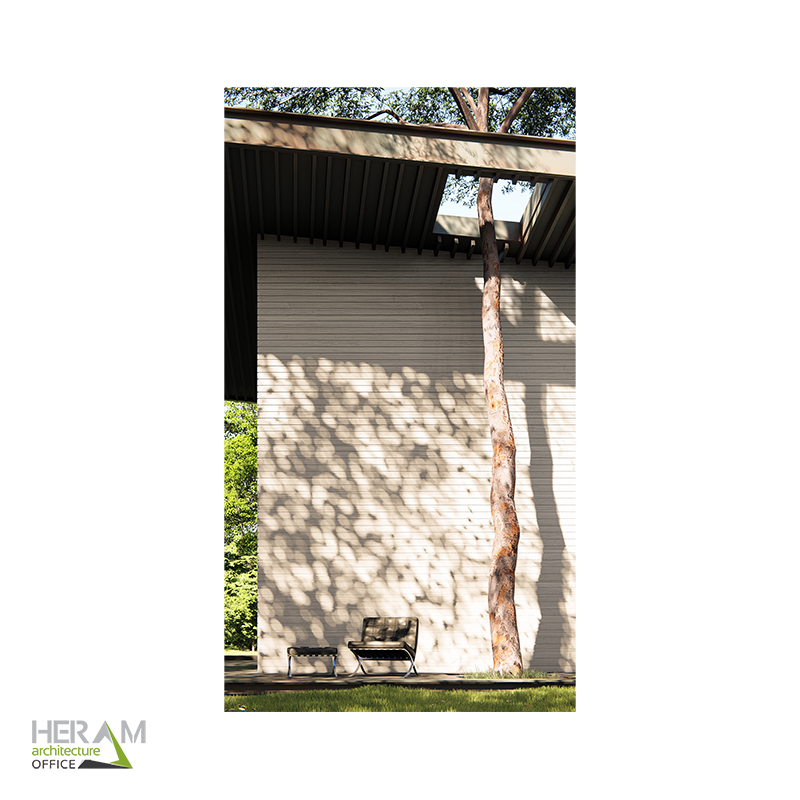 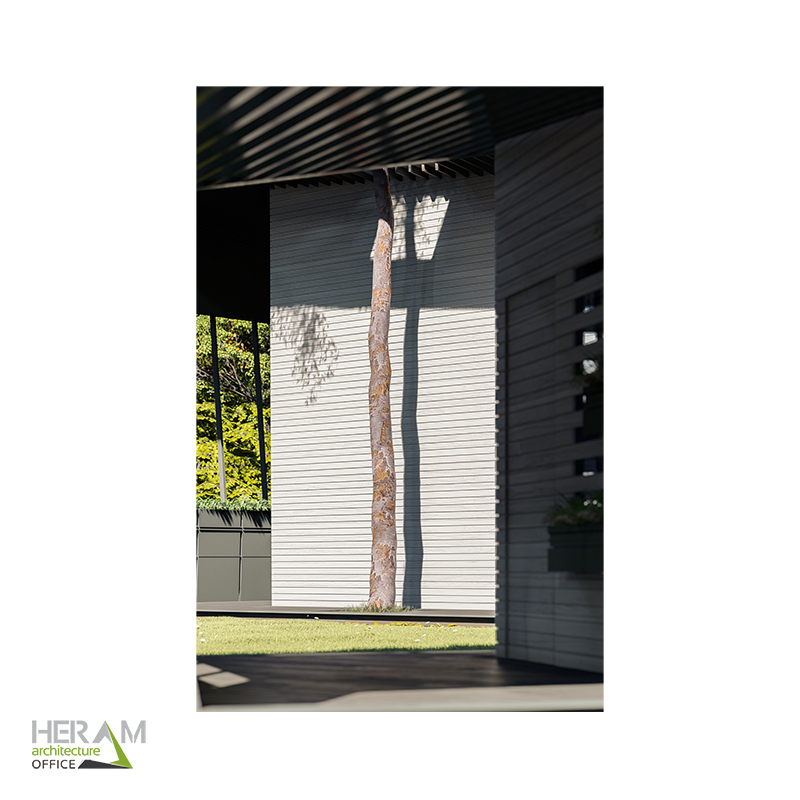 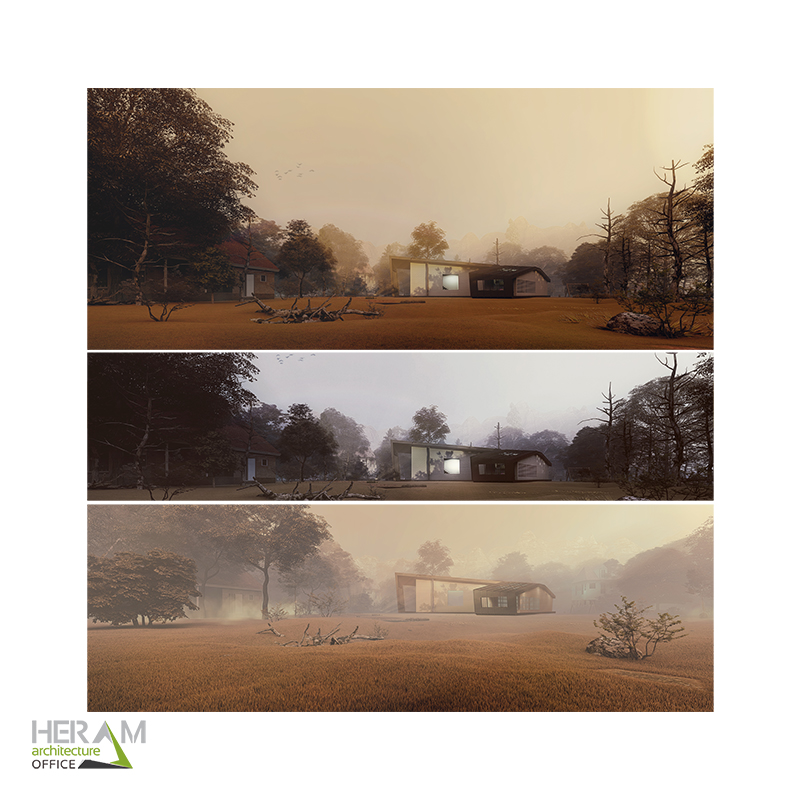 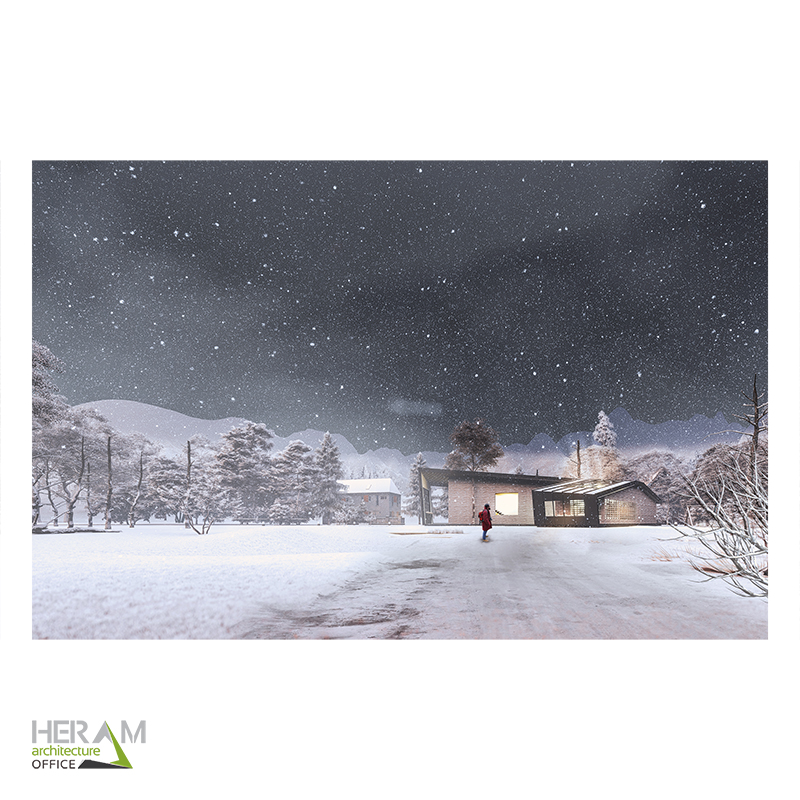 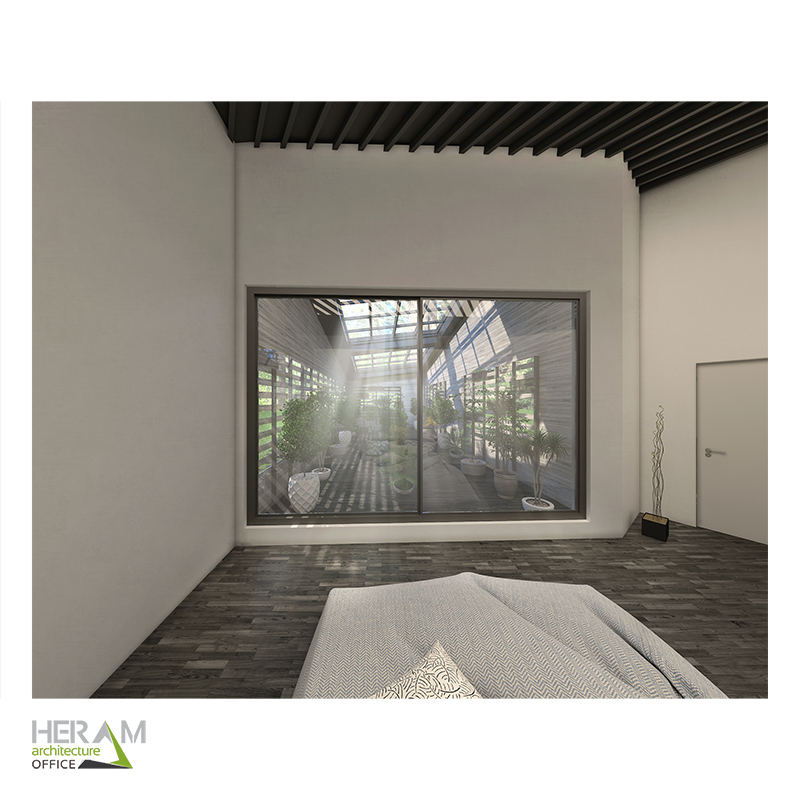 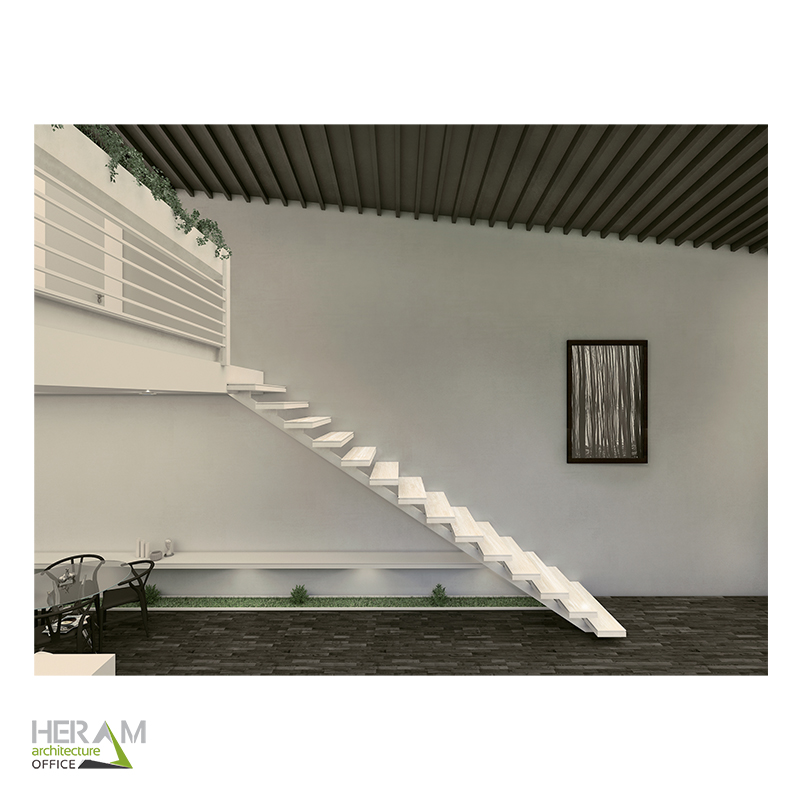 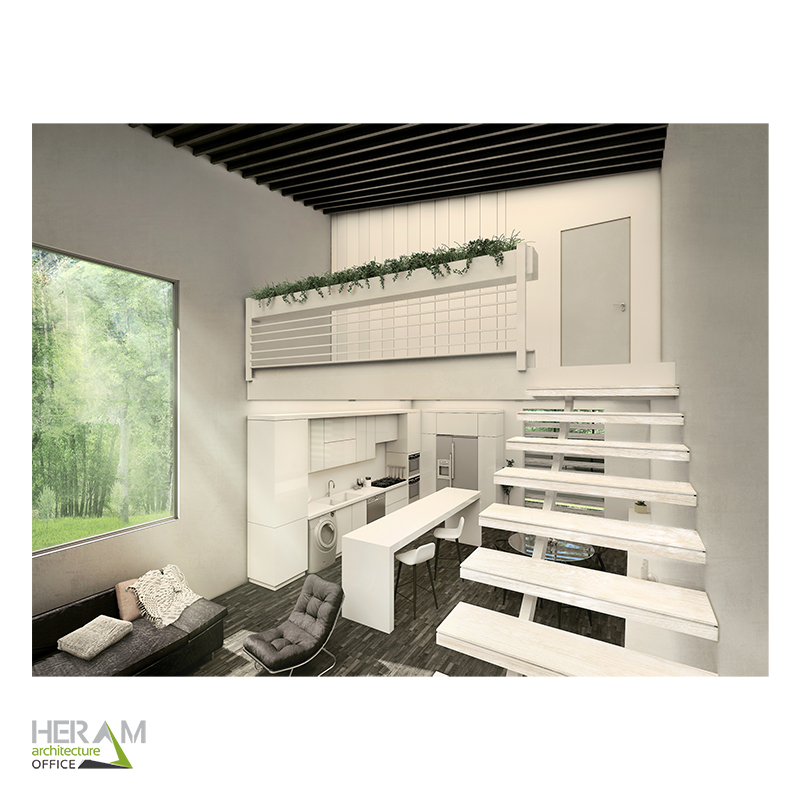 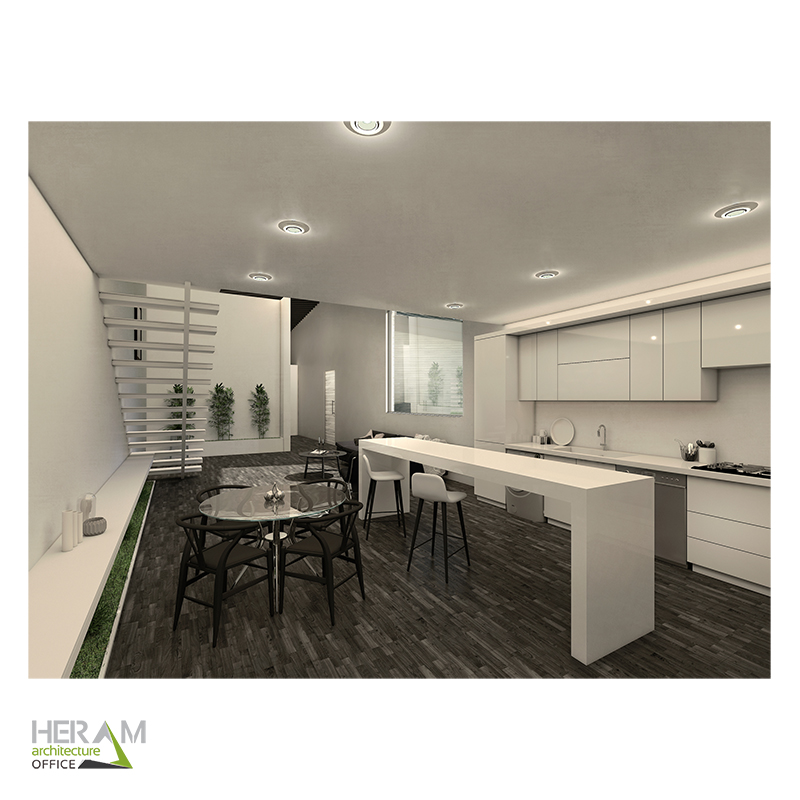 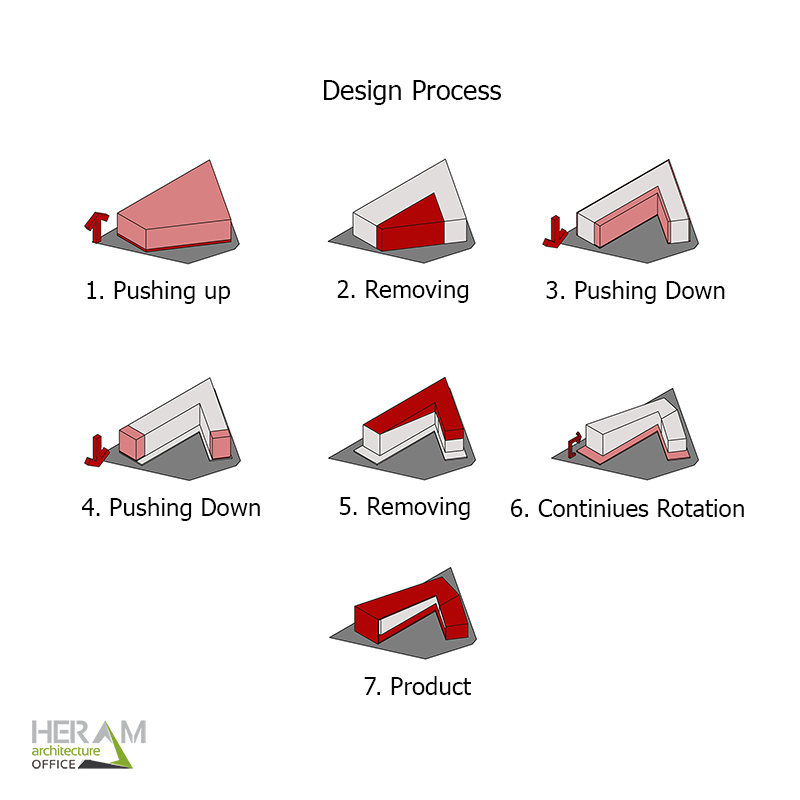 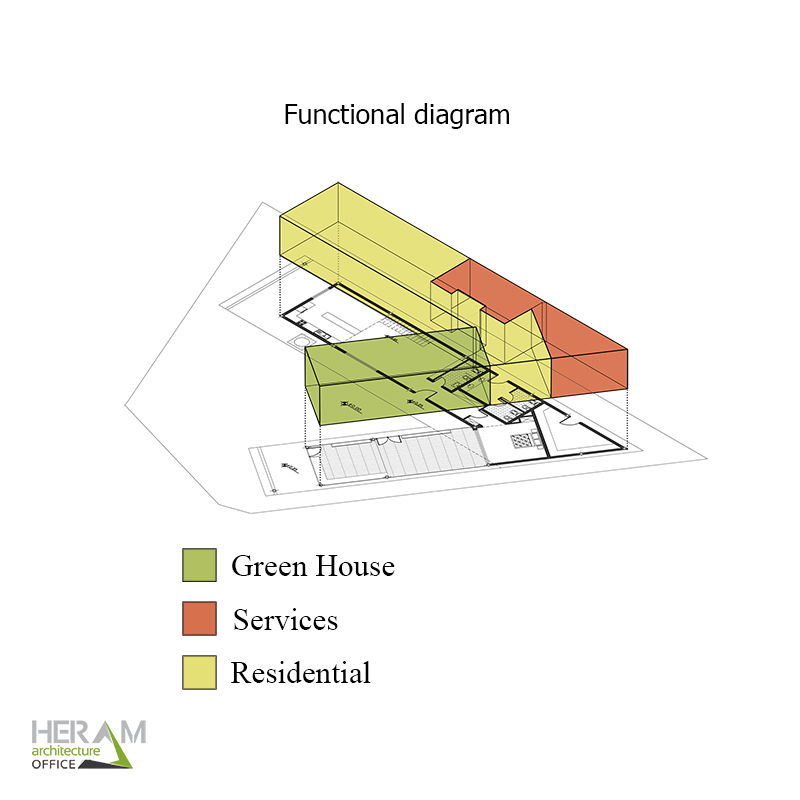 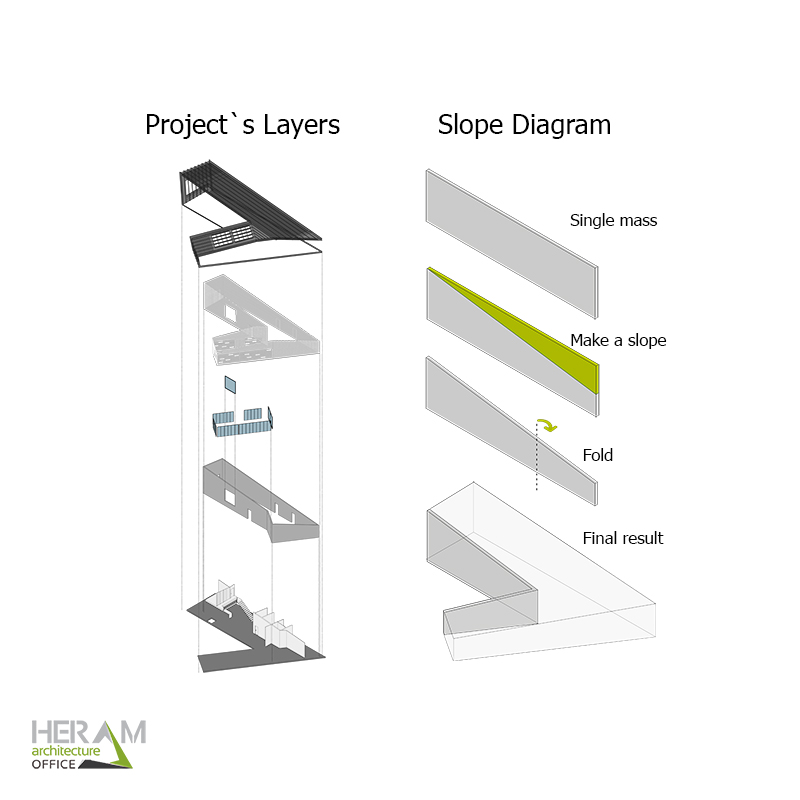 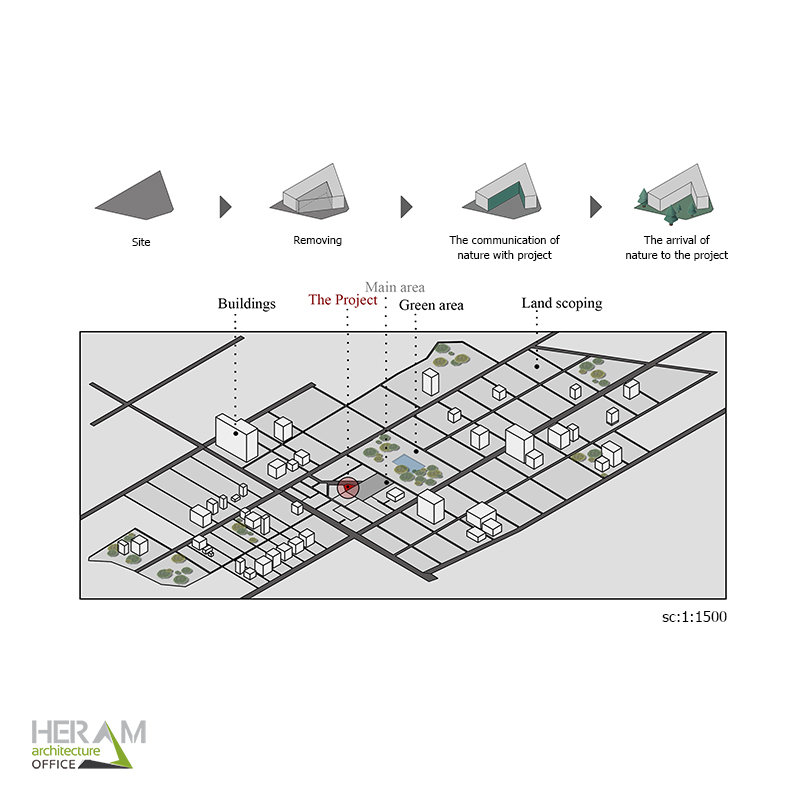 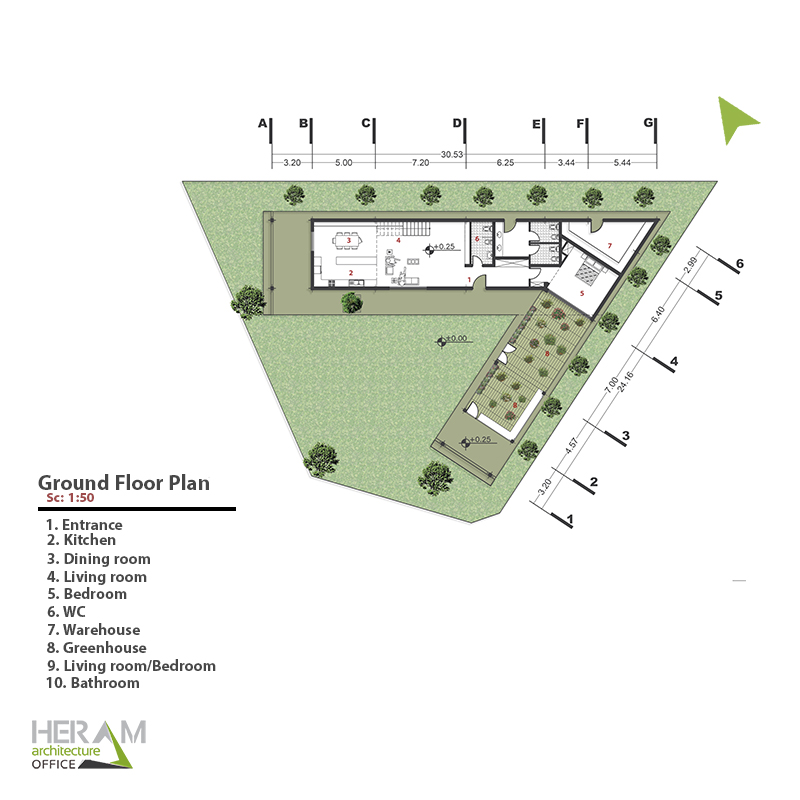 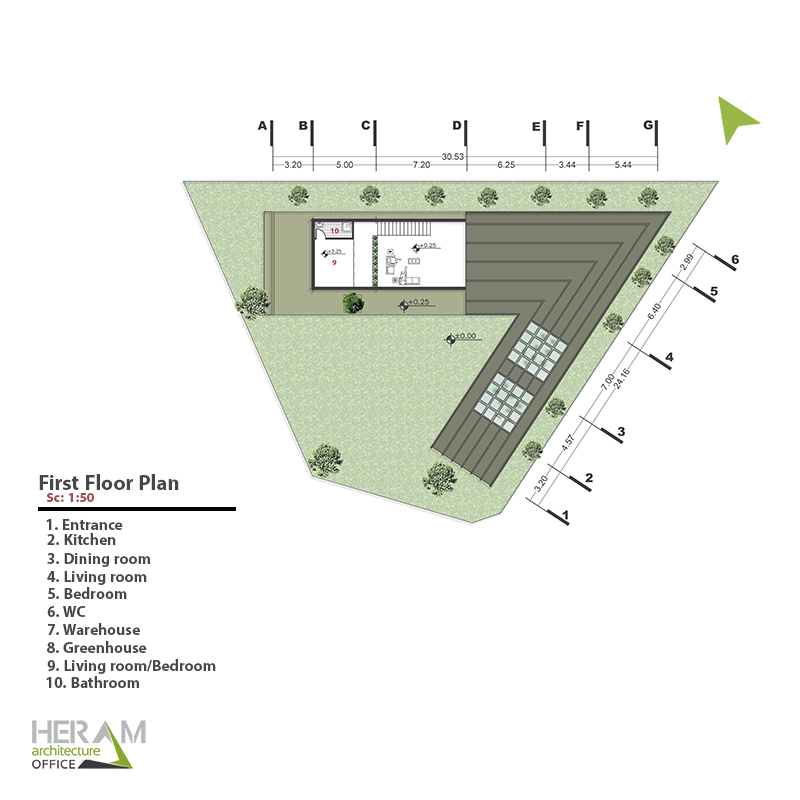 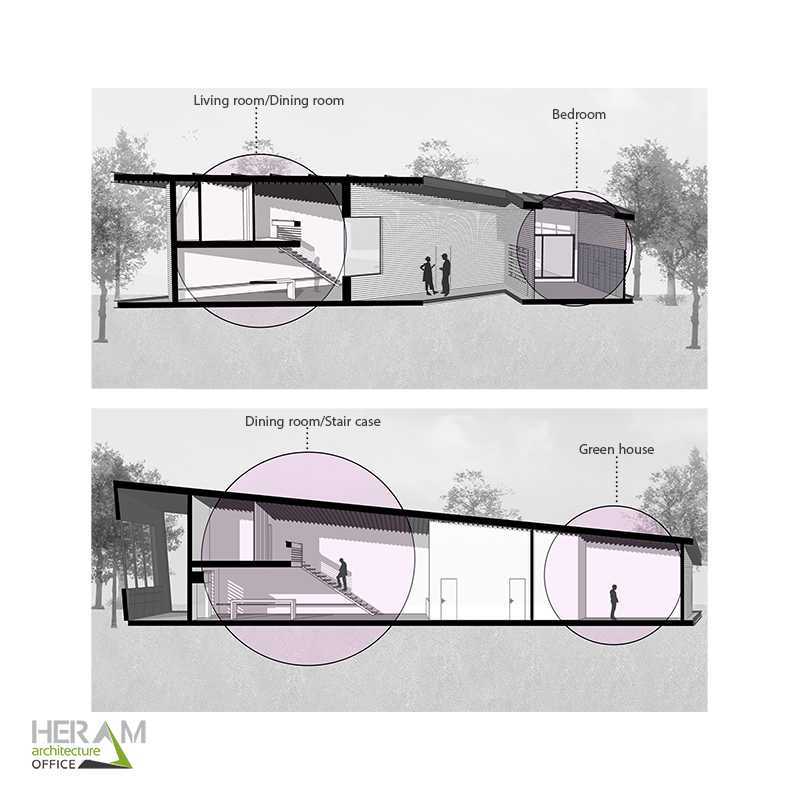 The Villa for a person

The project is located in a 3000 square meter triangular land with the area of 400 square meters in the Kordan region. The employer demanded an independent villa next to their land and their main villa so he would give it to his son. Site geometry is a triangle, that geometrically has great potential for designing. The most important issue is how to locate a house on this triangular site.

The project is made up as a triangle with parallel sides on the site so that its central part is cut to create two separate wings in the volume. Each of the wings finds a separate function; one wing includes the living space (living room and bedrooms), and another wing turns into a greenhouse to match the outside and inside of the project with the nature.

By cutting the central part of the volume, nature and greenery extend inside the project and this way the volume is placed in the heart of nature.

In general, the project shell is divided into two parts: the outer shell made of iron, which forms the ceiling and lateral walls, and the inner shell that is covered with white wood and covers the internal space of the project.

Eventually, a continuous movement that extends from the highest point to the lowest point leads to the formation of a slopping roof, and the project releases itself slowly in the heart of nature to provide space for life and thought….