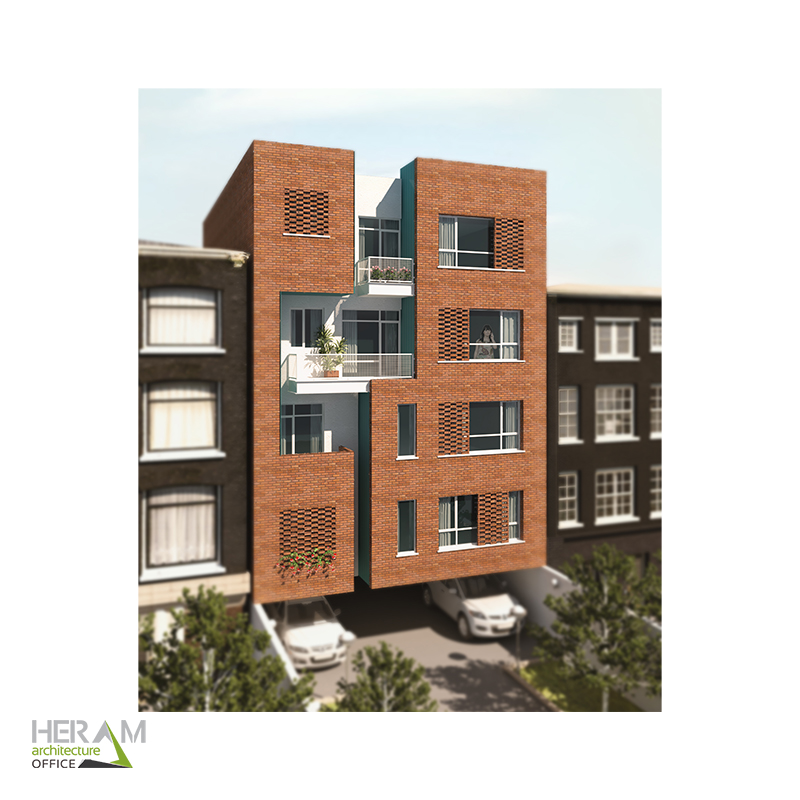 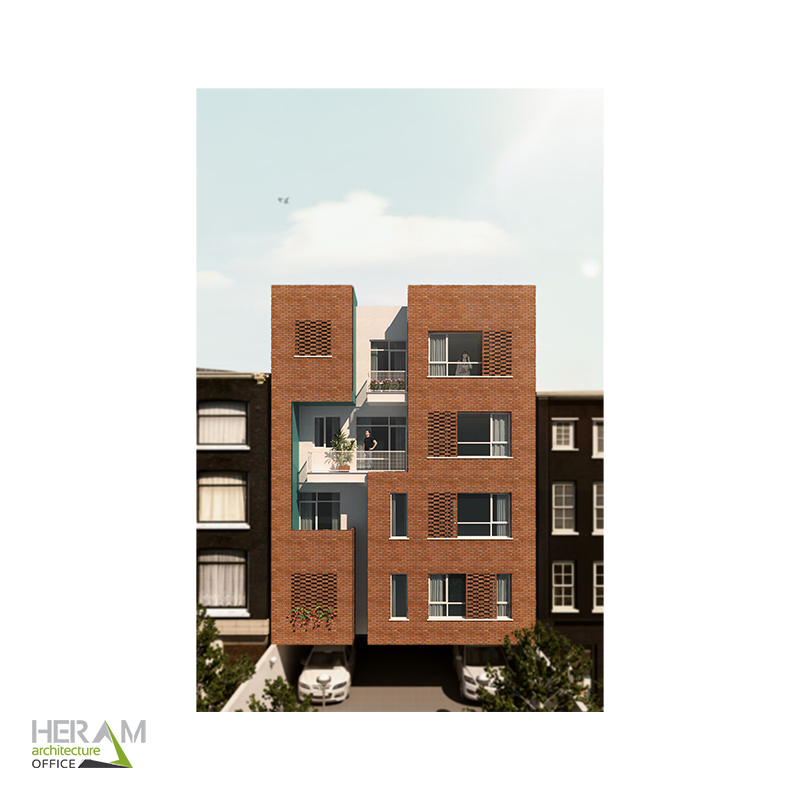 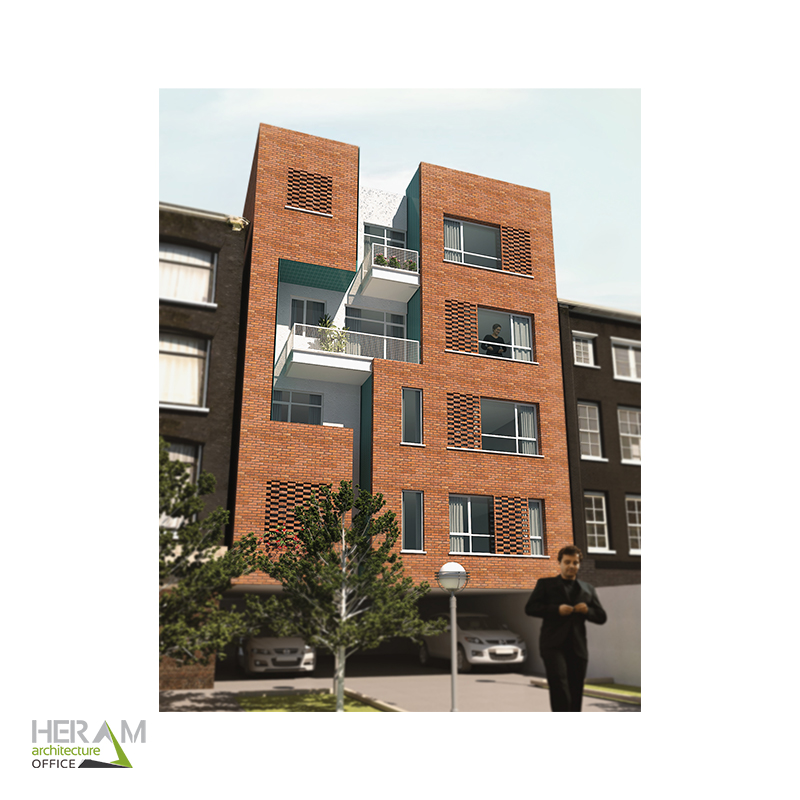 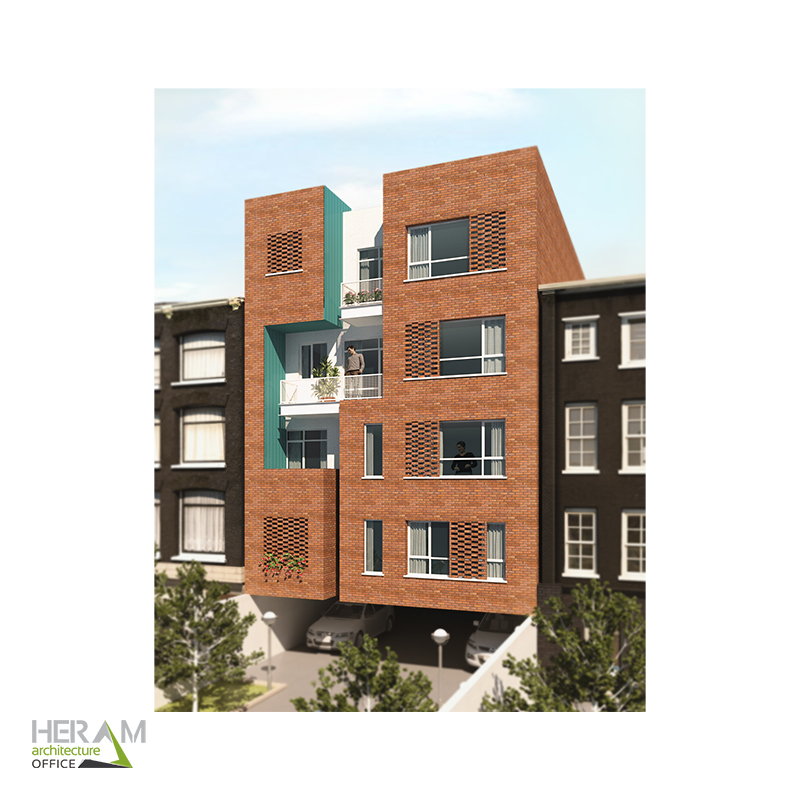 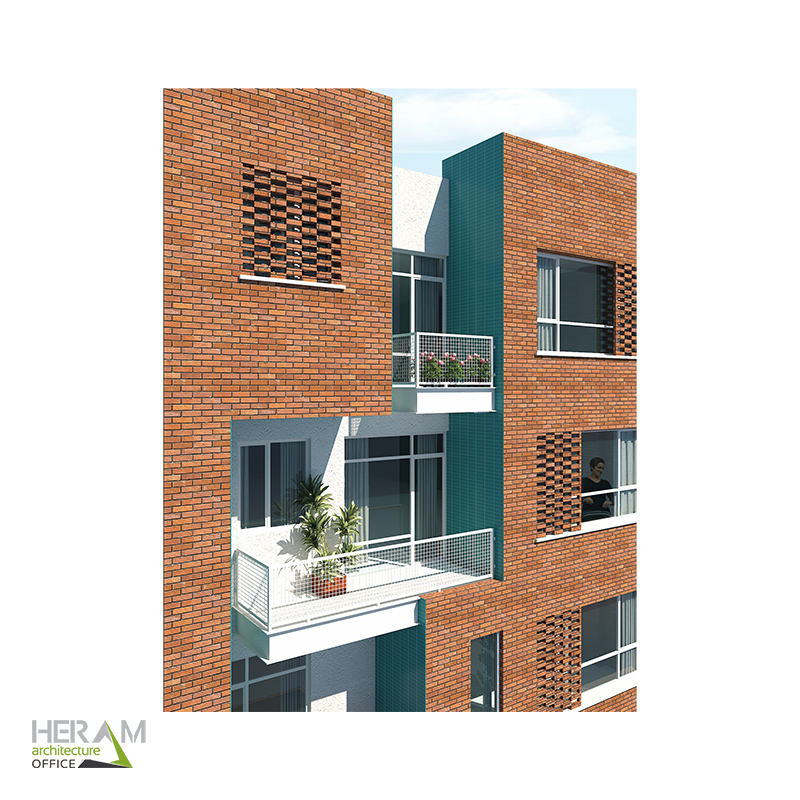 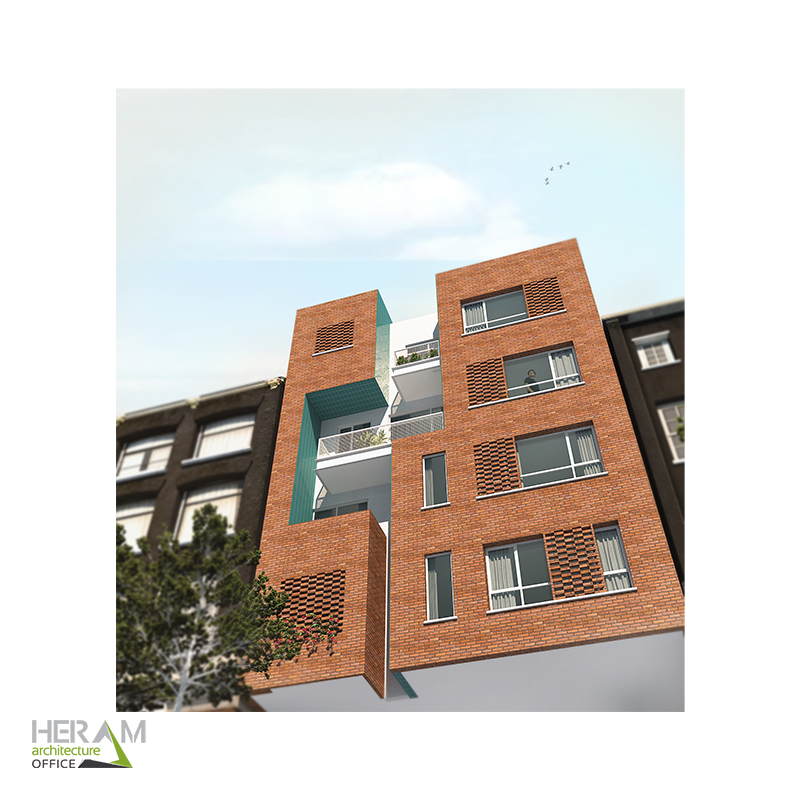 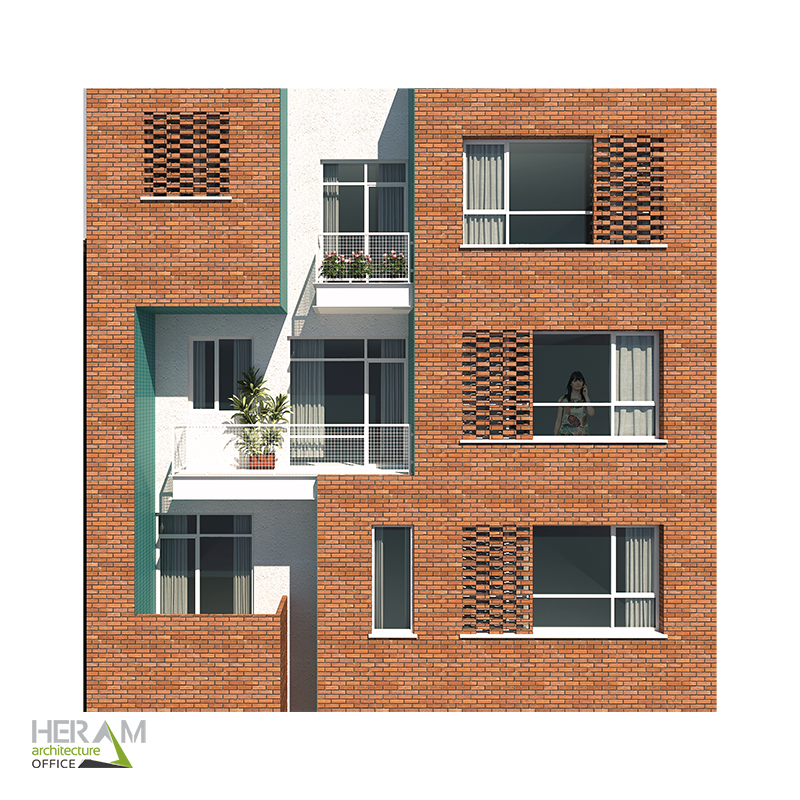 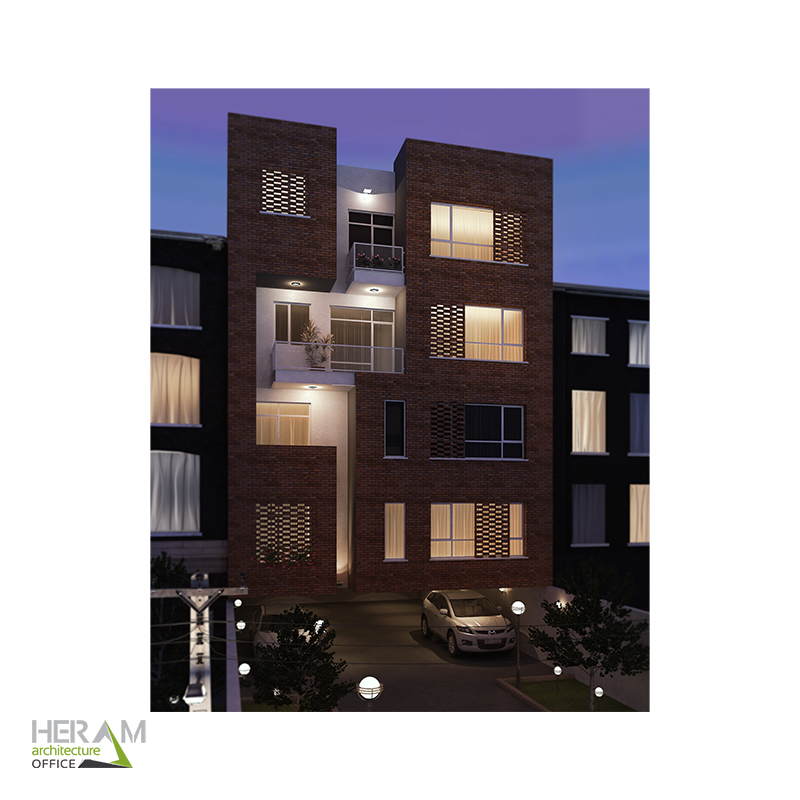 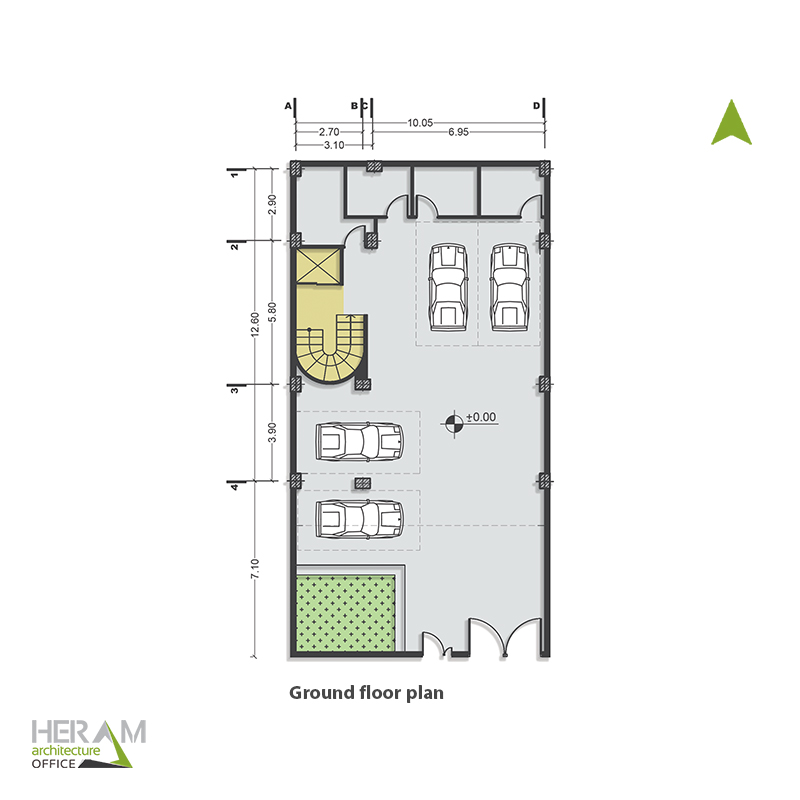 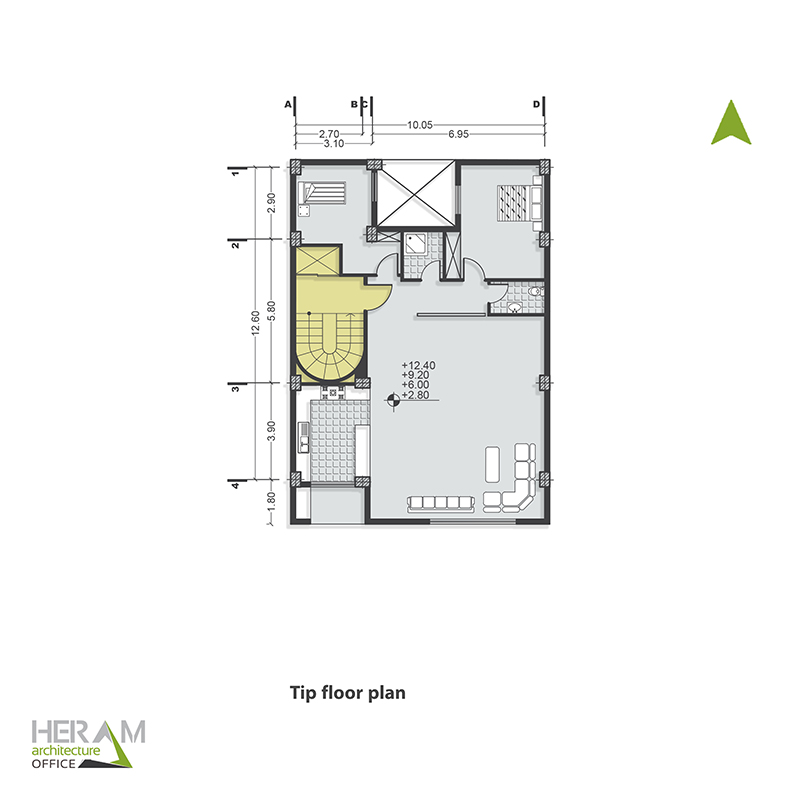 In this project, considering the similar plan of floor and monotone facade resulting from similar plans, the most important issue was the creation of dynamism and diversity in the exterior wall of the building.

According to the employer's request for the least changes in the structure and plan of the building, the project was limited to the existence of a skin in the exterior wall.

We tried to create the dynamics and movement in the exterior wall by using the brick material and different layout in it.

First, using a vertical movement that forms the terraces, we created a gap in the exterior skin to give depth to the facade, and in the next step, the brick skin was designed with a specific pattern that had a brick layout so it could create movement and continuity.

Finally, in order to coordinate the brick with the past and historical background of the Iranian buildings, bricks with turquoise glaze were added in the layout.