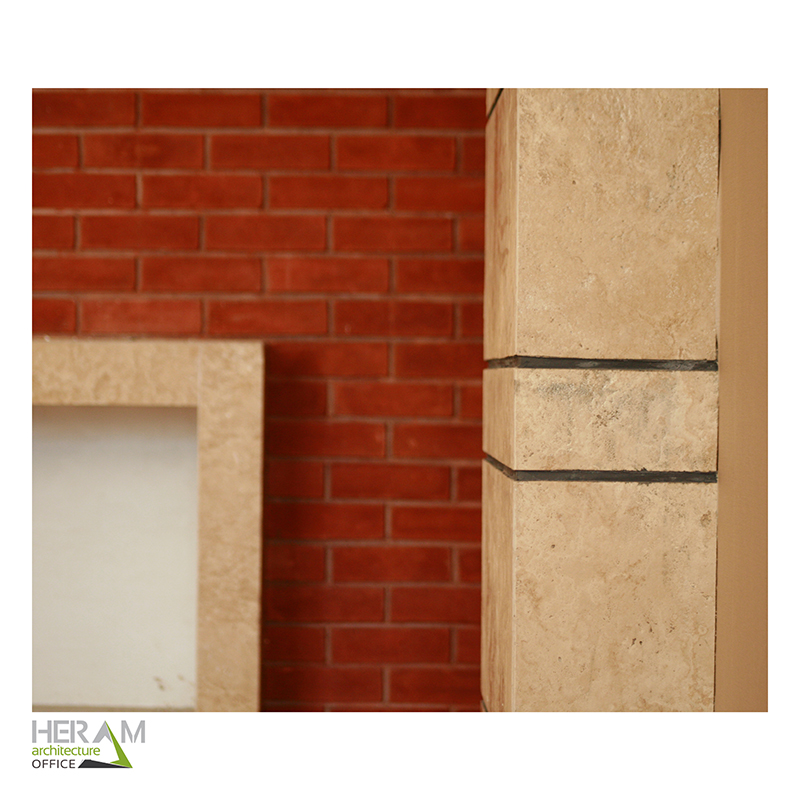 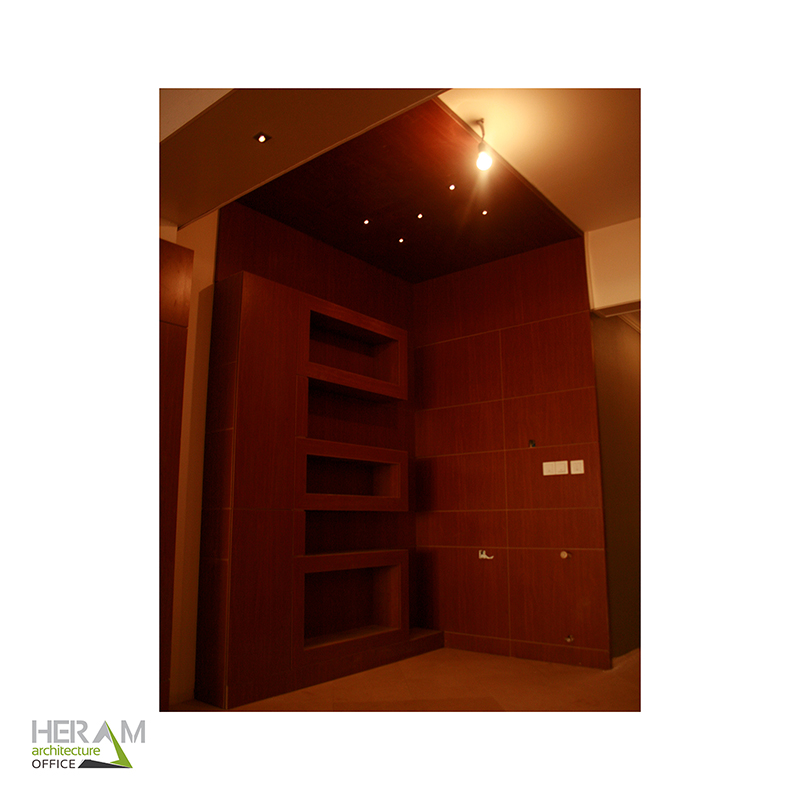 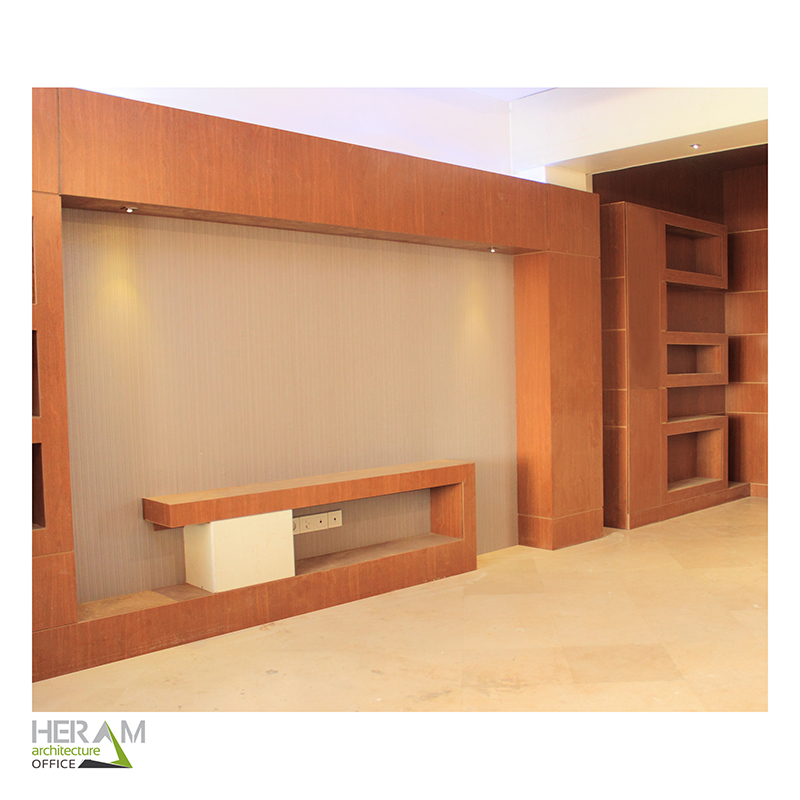 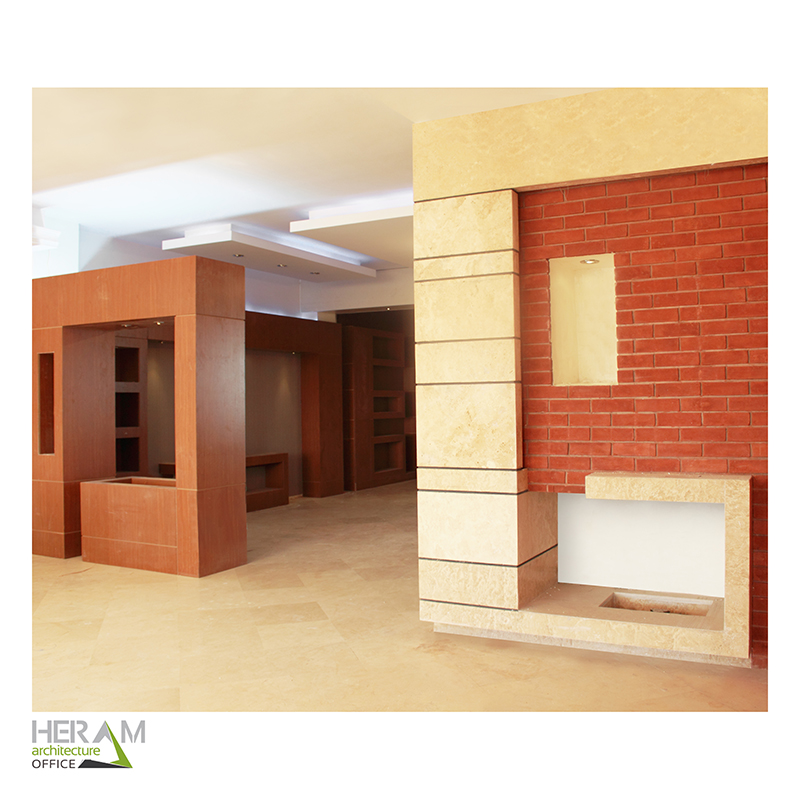 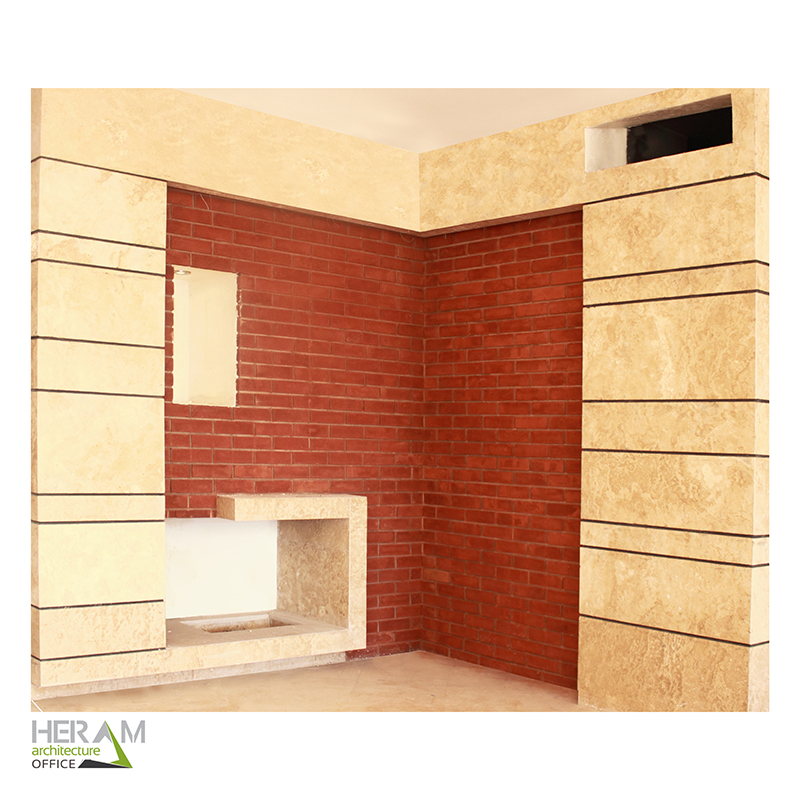 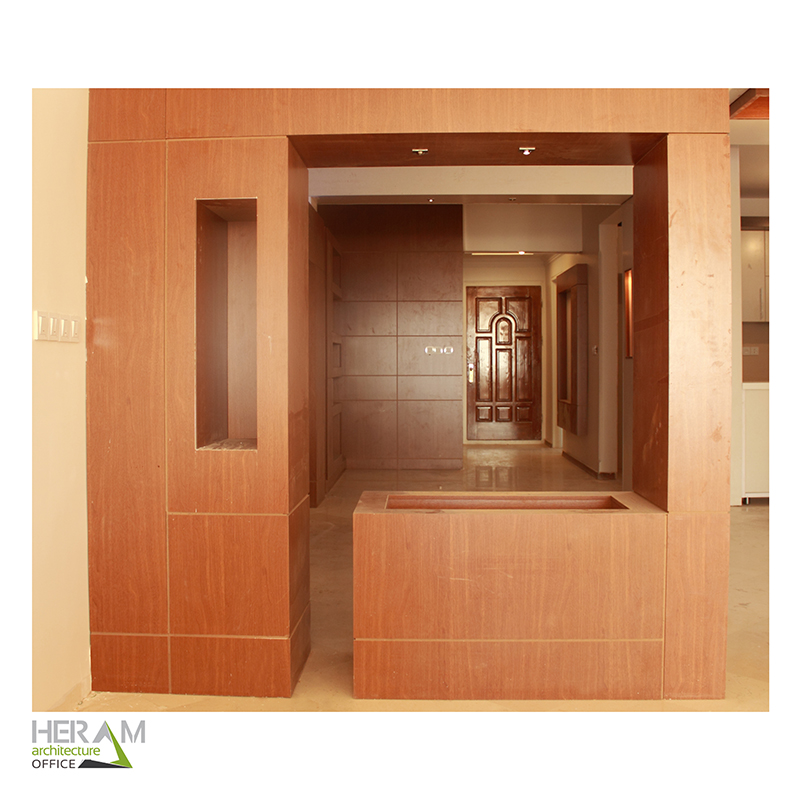 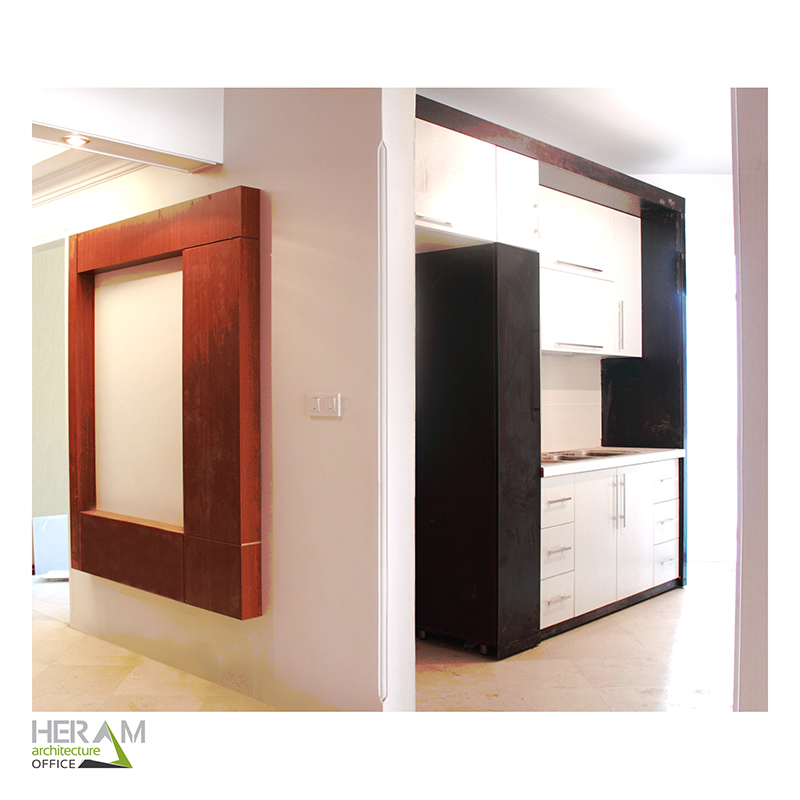 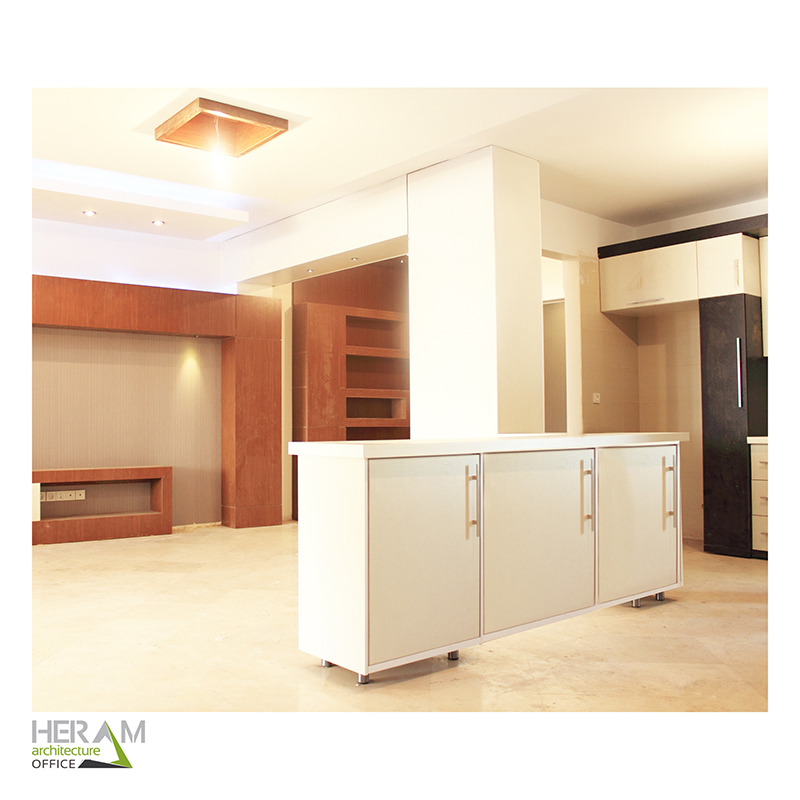 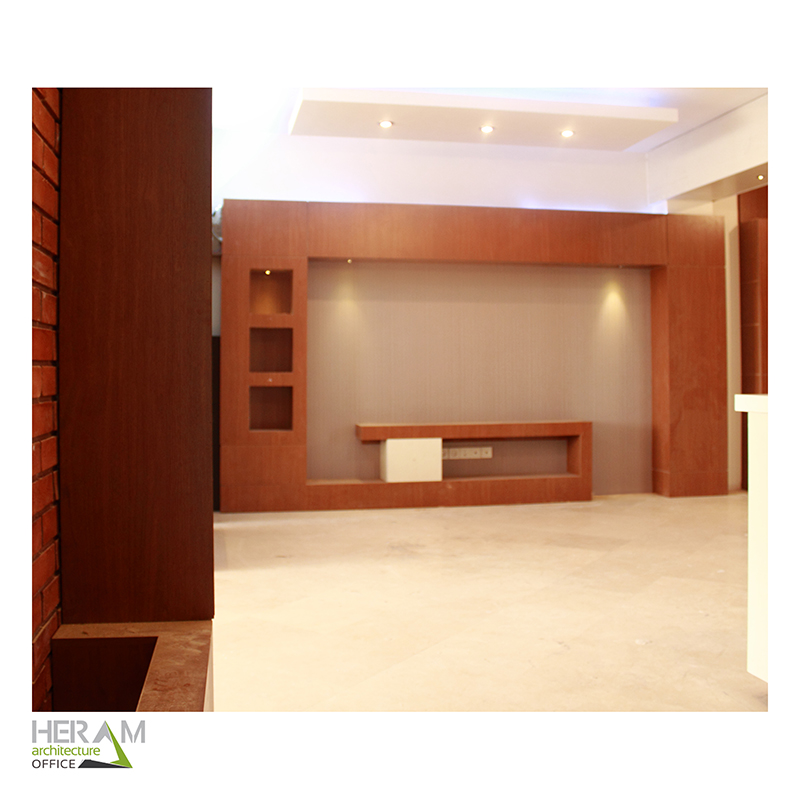 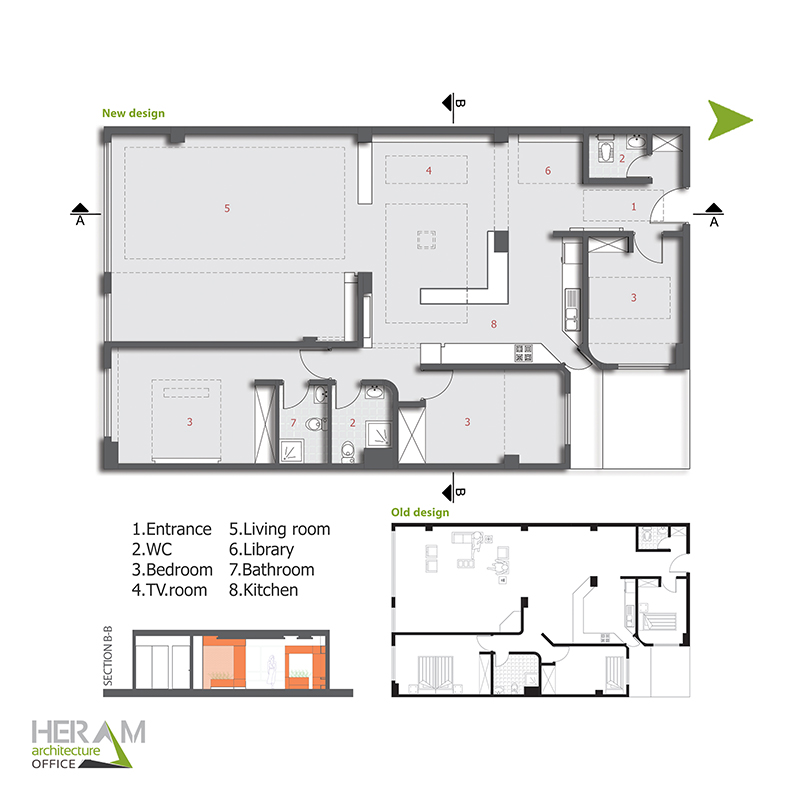 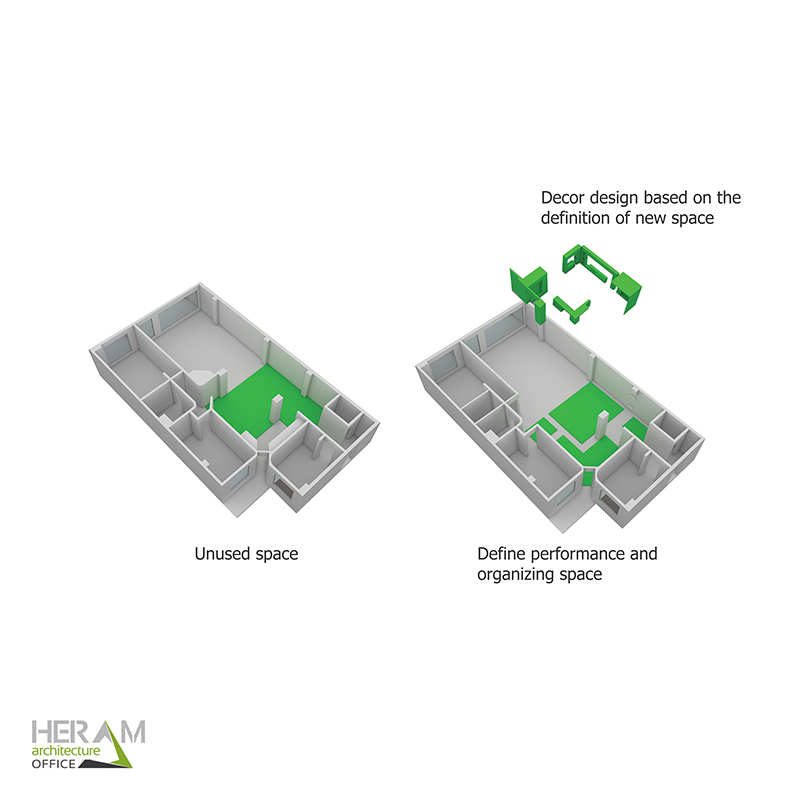 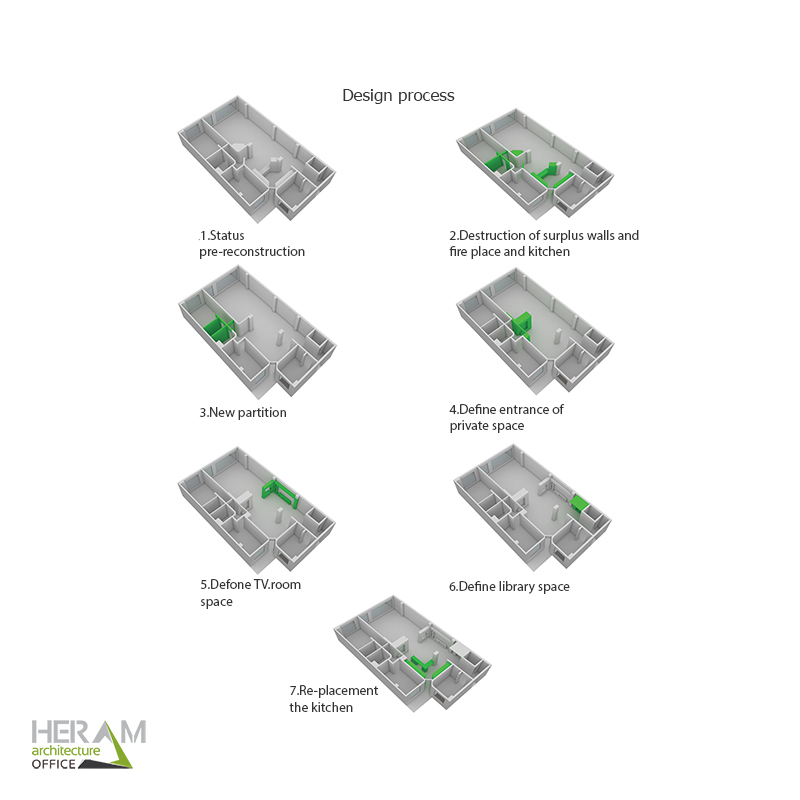 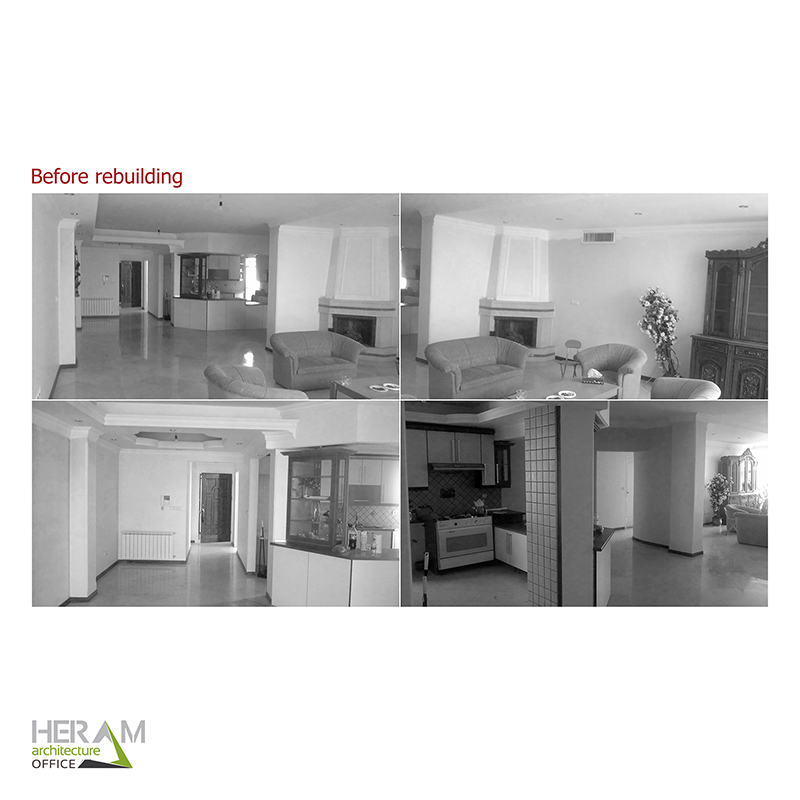 Residential apartment units have different qualities based on the area, type of lighting and small spaces. occasionally, due to the size, lighting and spatial division a lot of unusable and flung spaces form in these units.

Sa'adat Abad residential unit with a total area of 150 square meters had a lot of useless space, which, due to the division type of small spaces and lighting, no layout was formed in it, and the space of about 40 square meters in this unit was formed as a flung. The main challenge of the project was to form and define a new space for these parts in the unit.

The main issue considered in the design was adding functionality to define this space. Therefore, we tried to define a space for TV and living room and library, and also to redefine the entrance of the private space, so the existing flung space finds a new from and be at the service of the user.

The designed wooden decors made it possible so a correct definition for each of these spaces would form. Also, to separate the living room from the TV room, a short decor that is not up to the ceiling and preserves the continuity of space was formed, which in addition to separating the small spaces, it is a location for placing the nature in the project. The fireplace existing in the project, which the employer emphasized to maintain it, was redesigned to be coordinate with the overall project. The kitchen and its countertop space was also formed in coordination with the spatial definition of the project, so furniture layout in TV room would form correctly. Eventually, by adding false ceilings for these spaces, we tried so functional definition of each of them would form separatley.