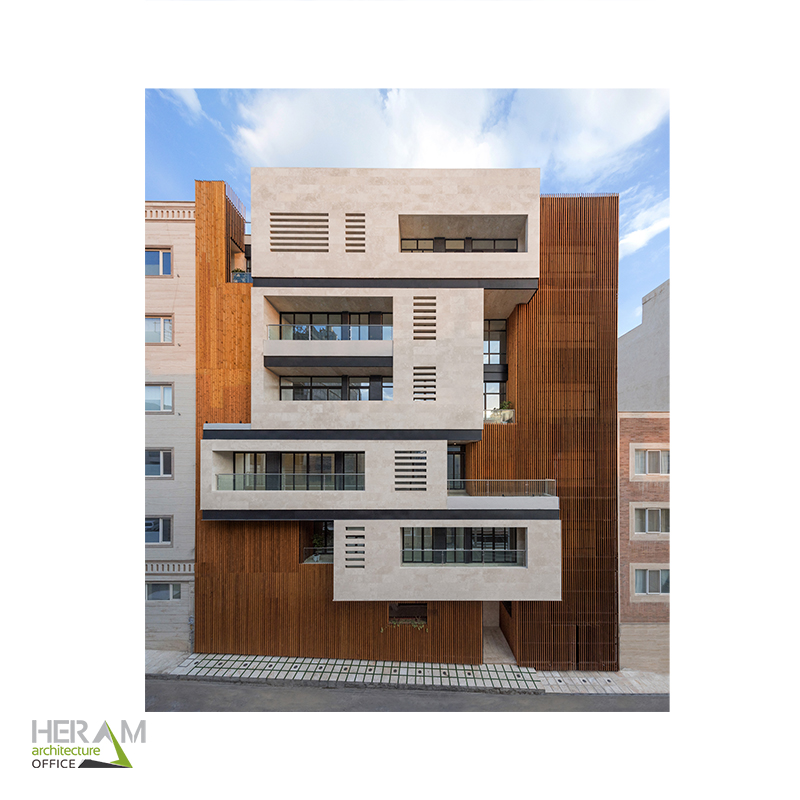 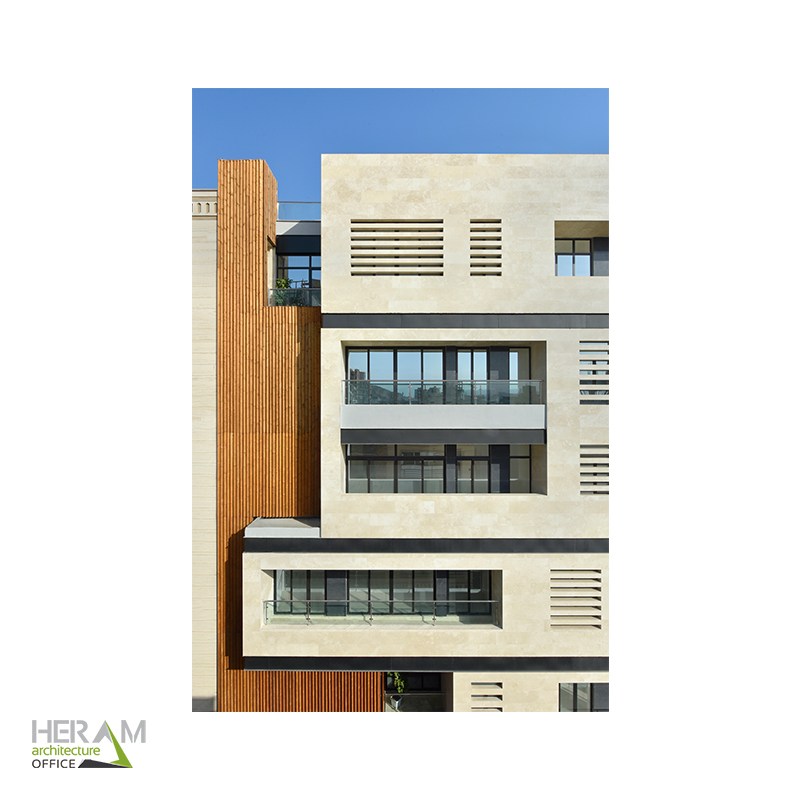 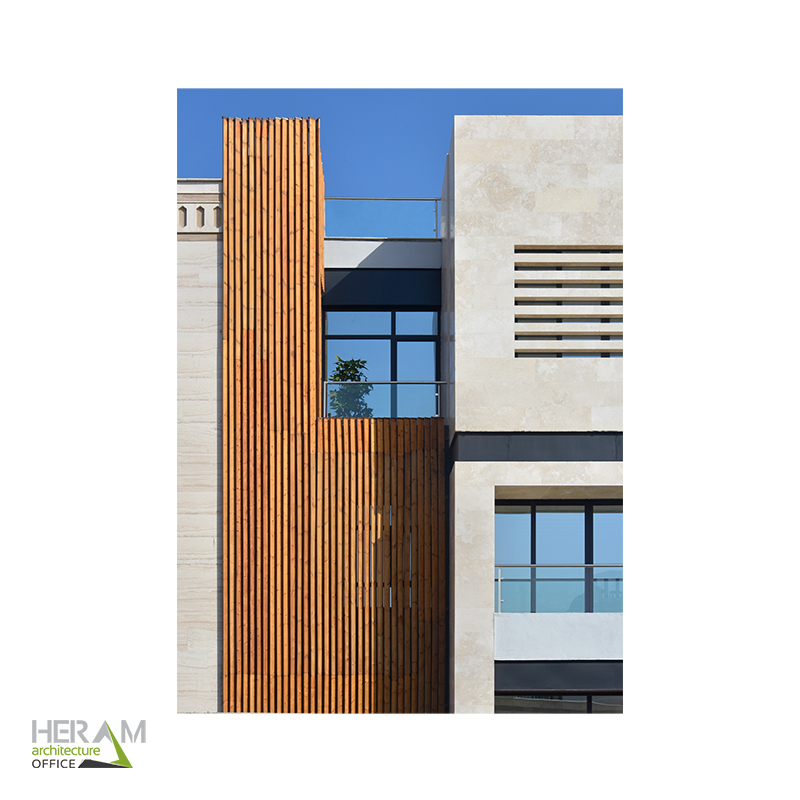 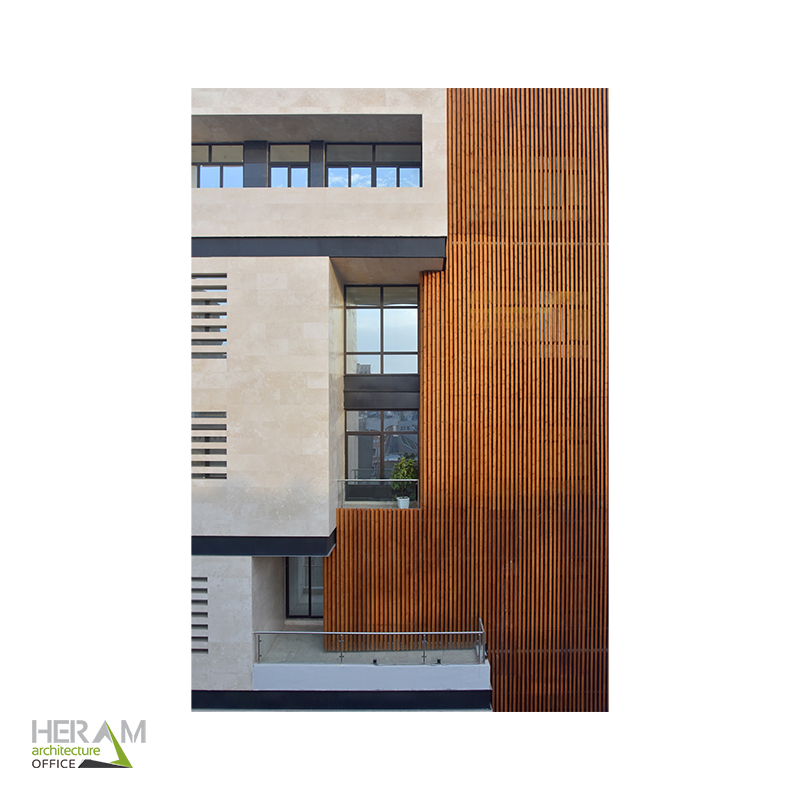 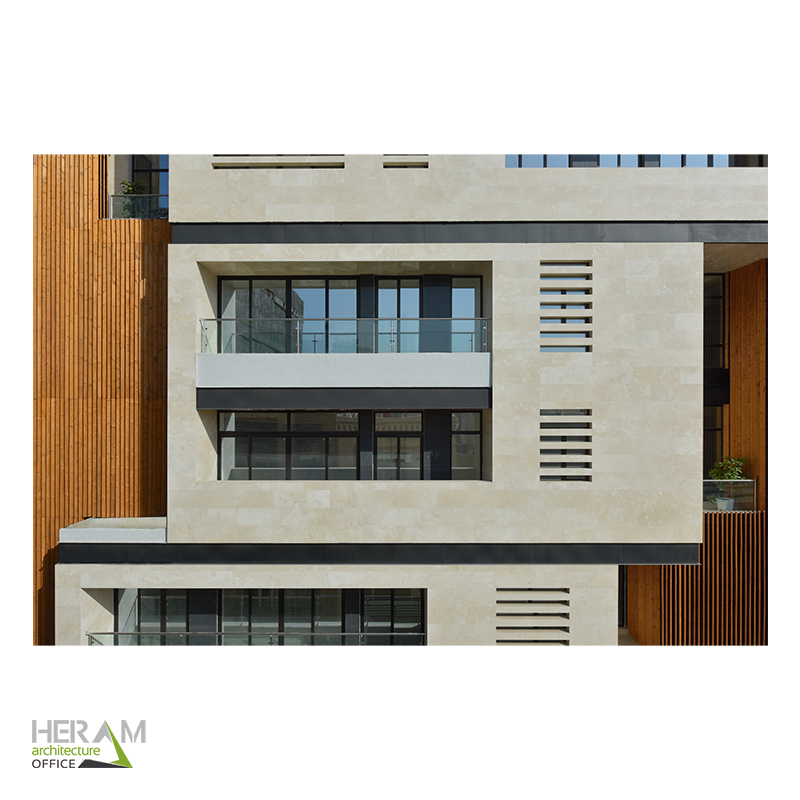 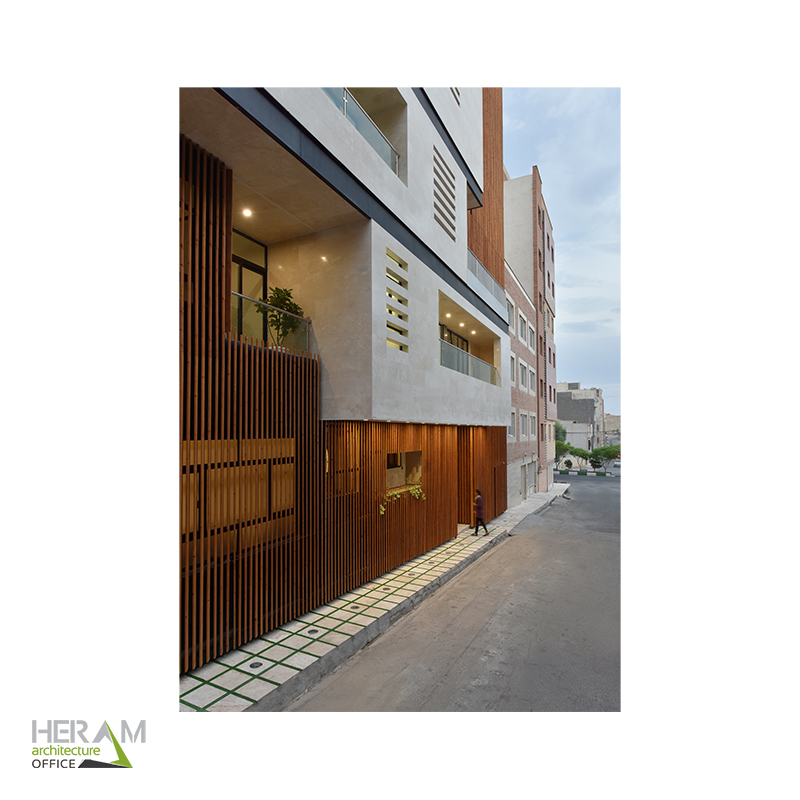 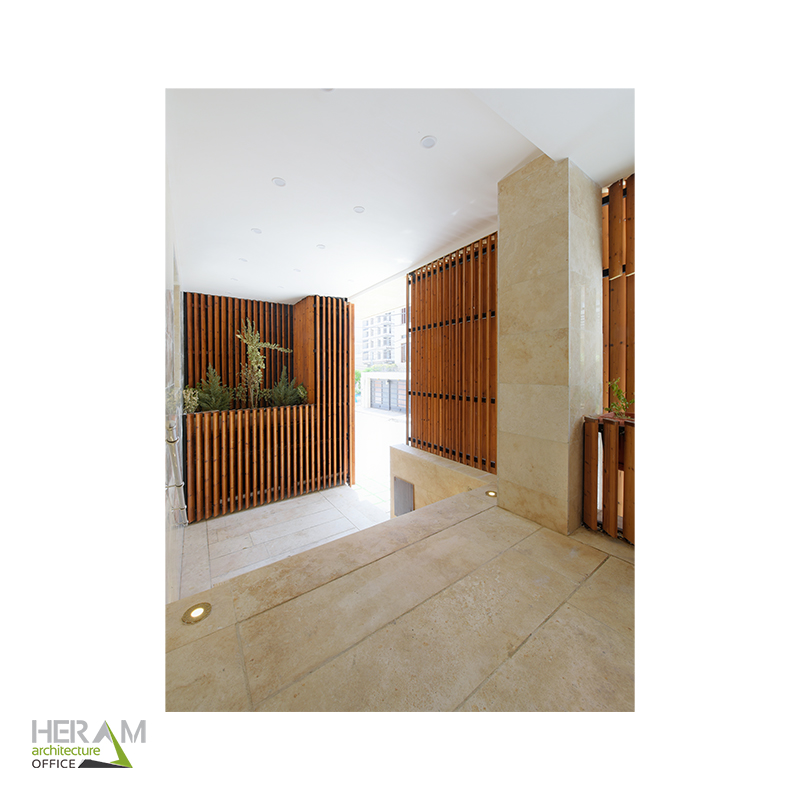 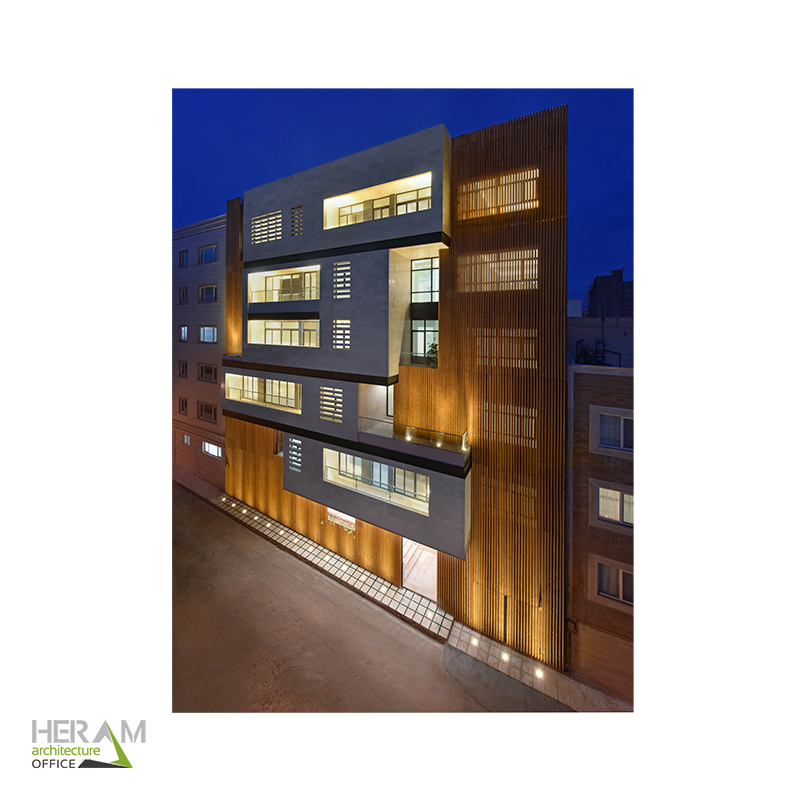 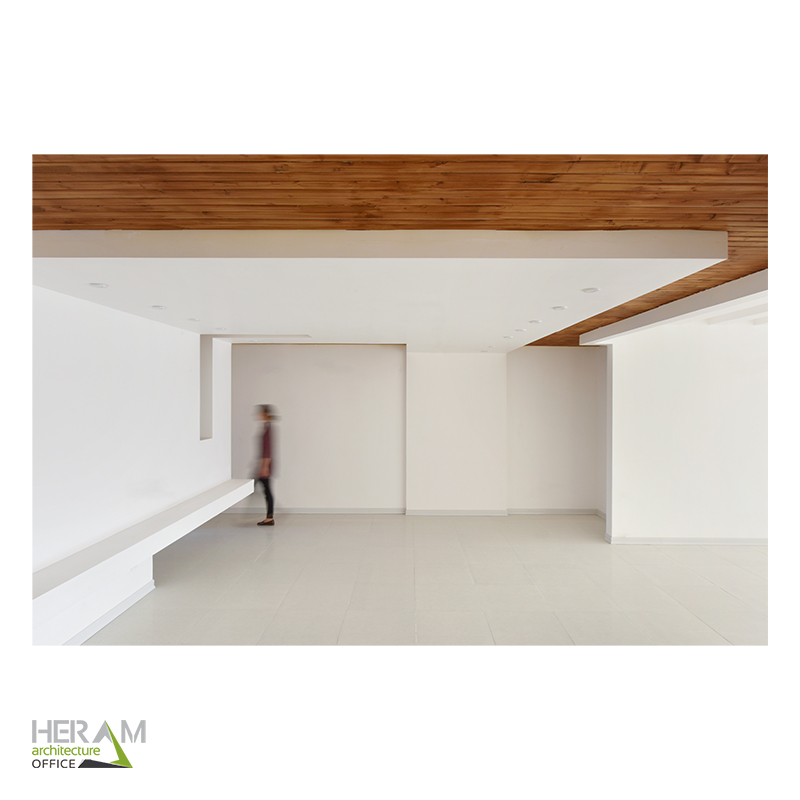 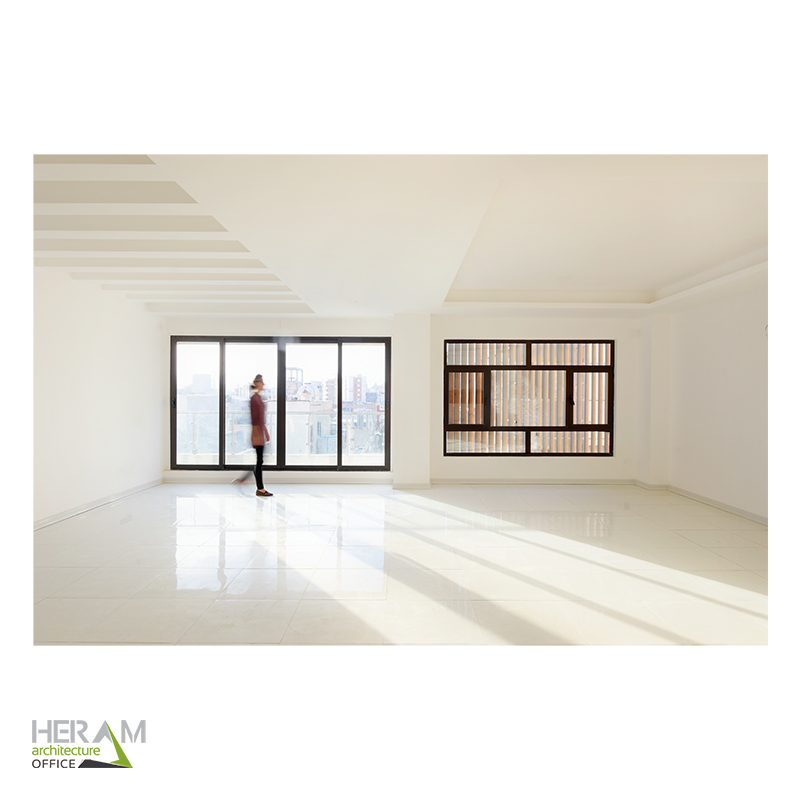 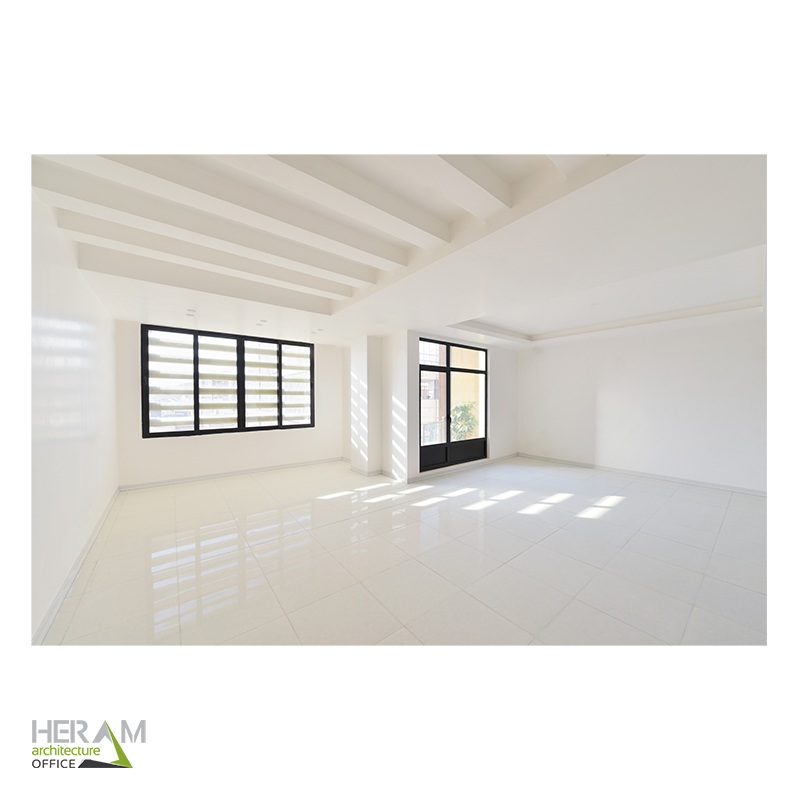 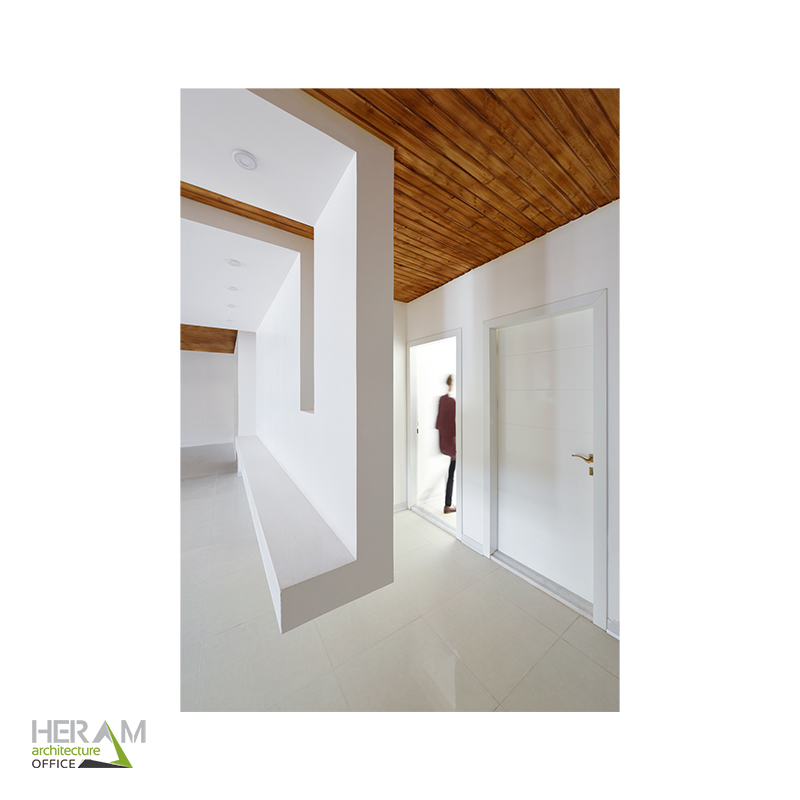 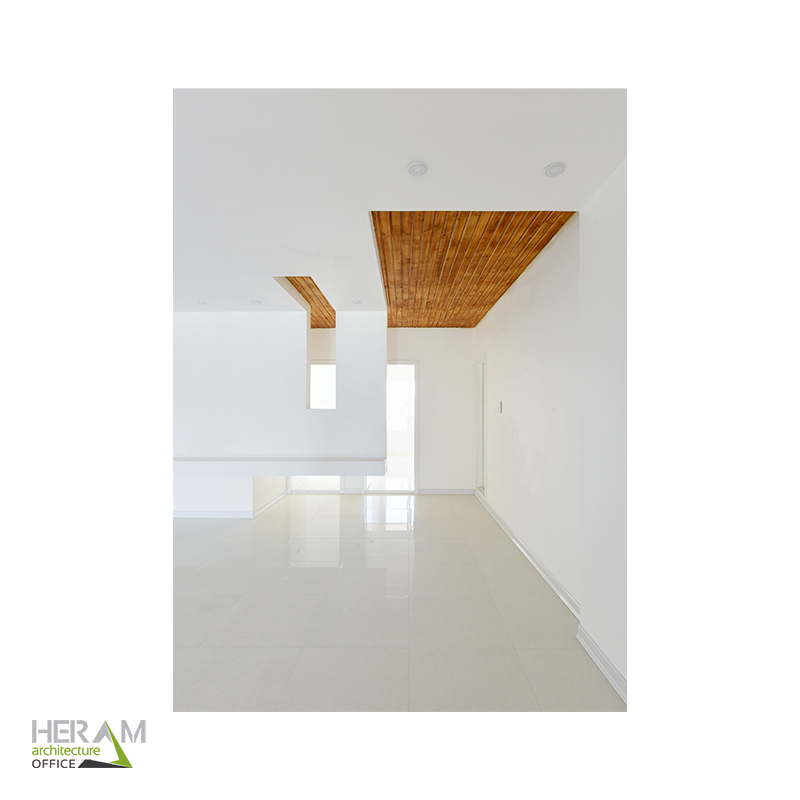 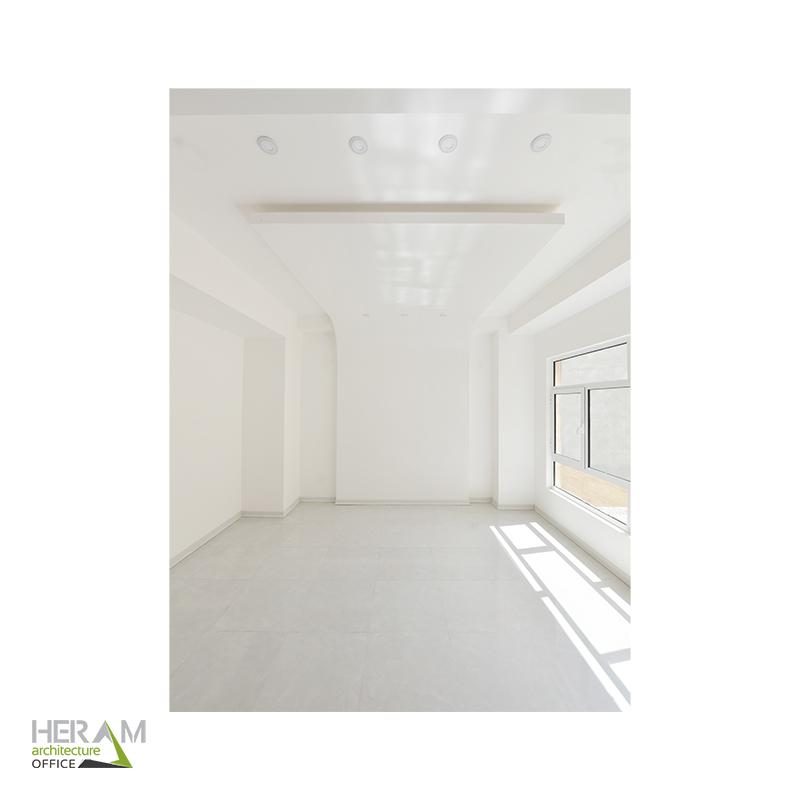 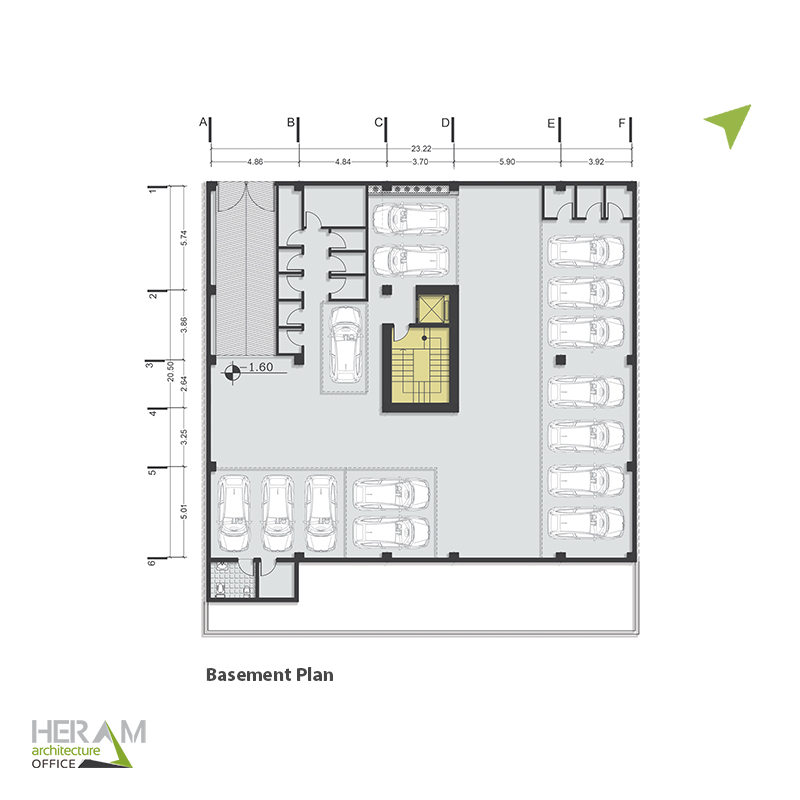 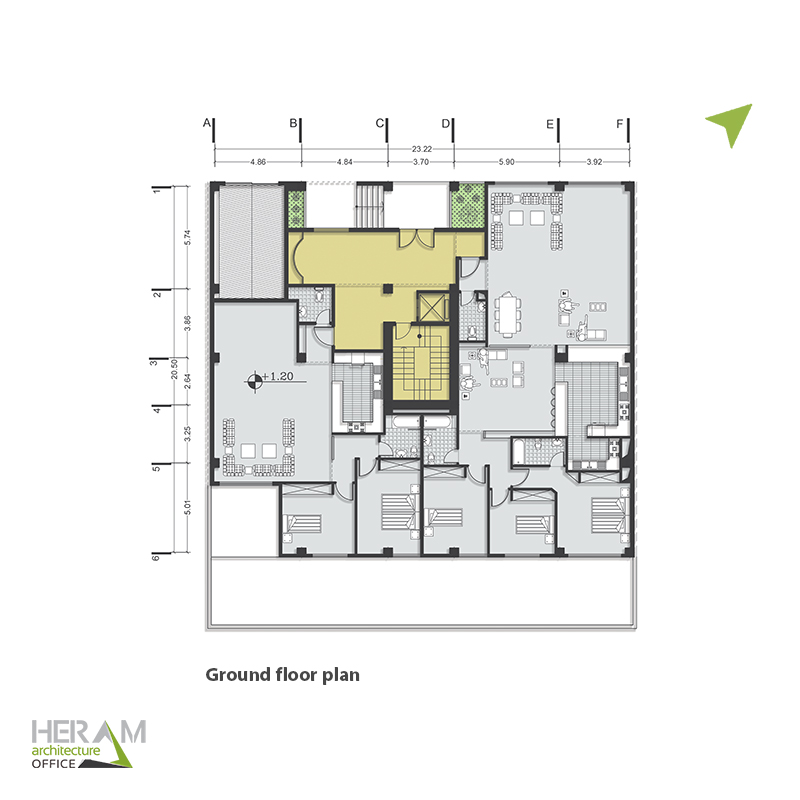 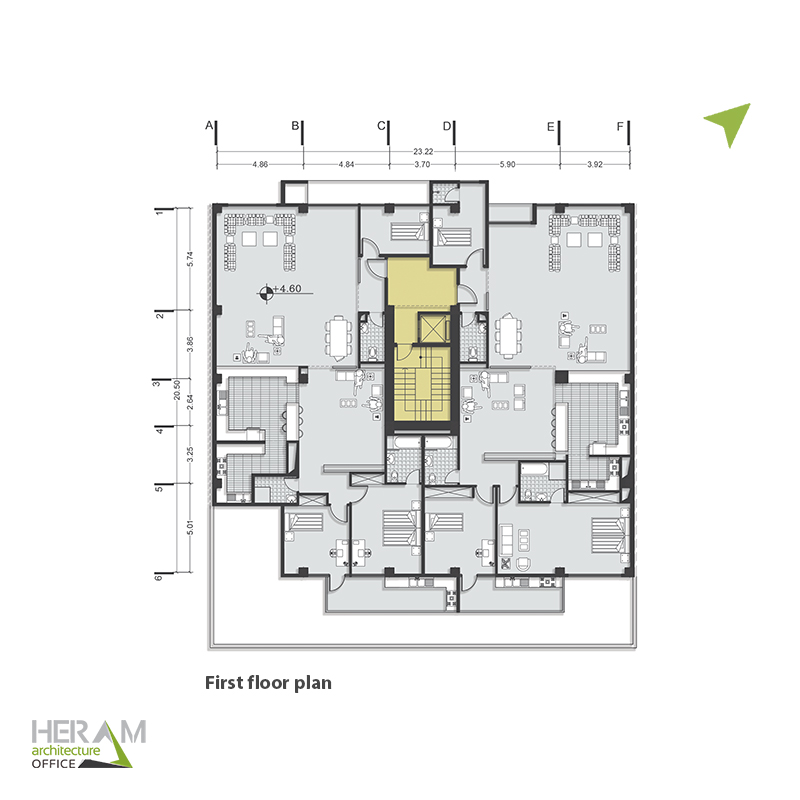 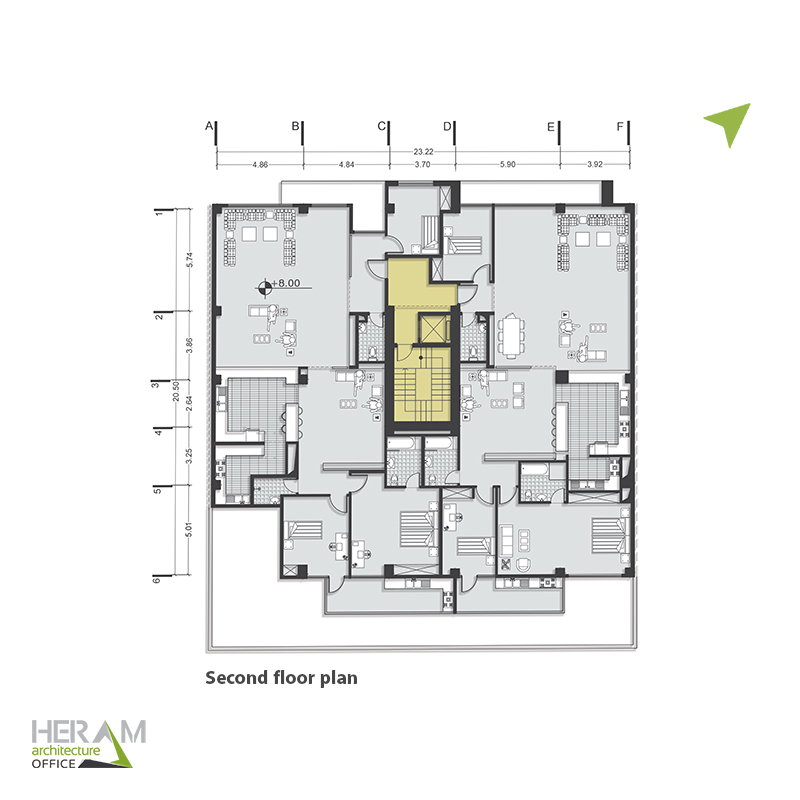 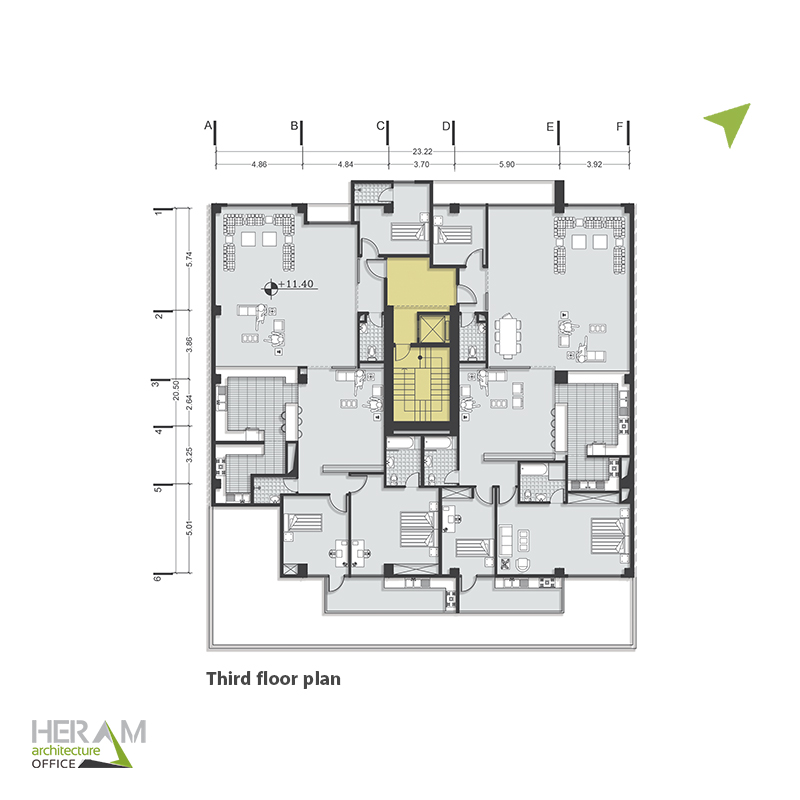 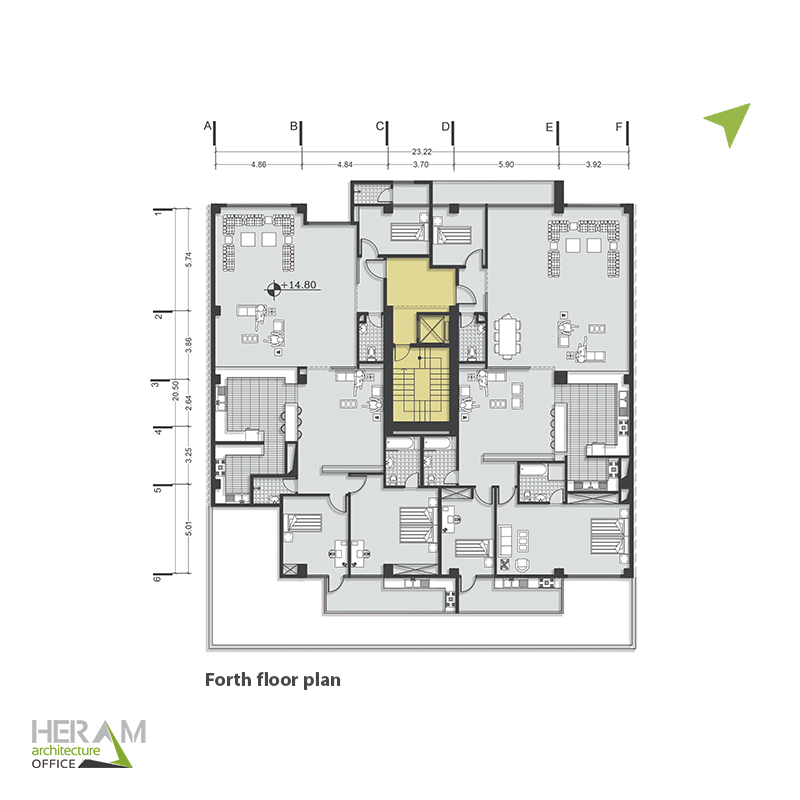 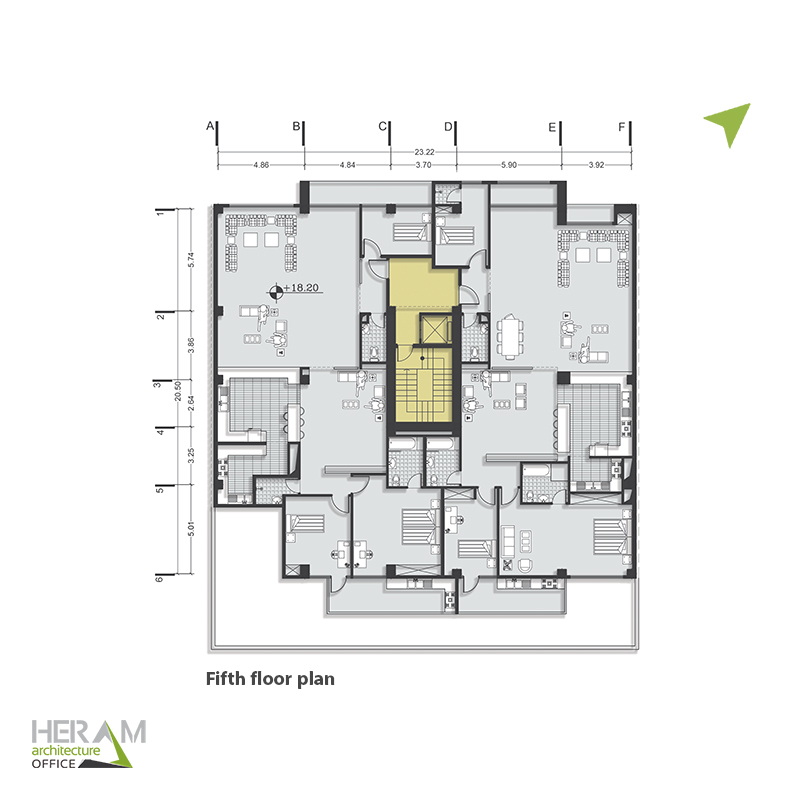 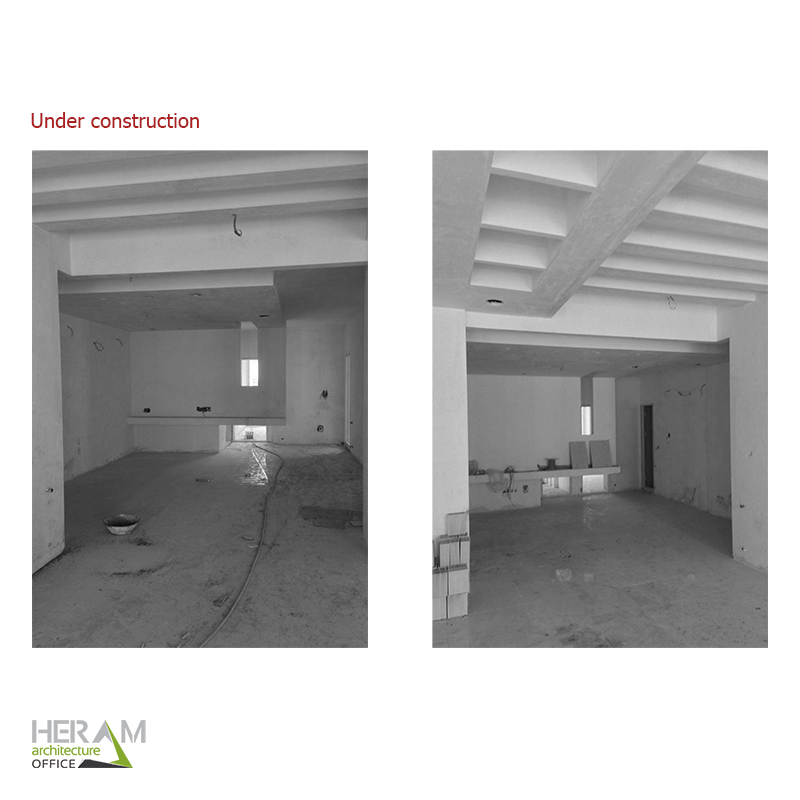 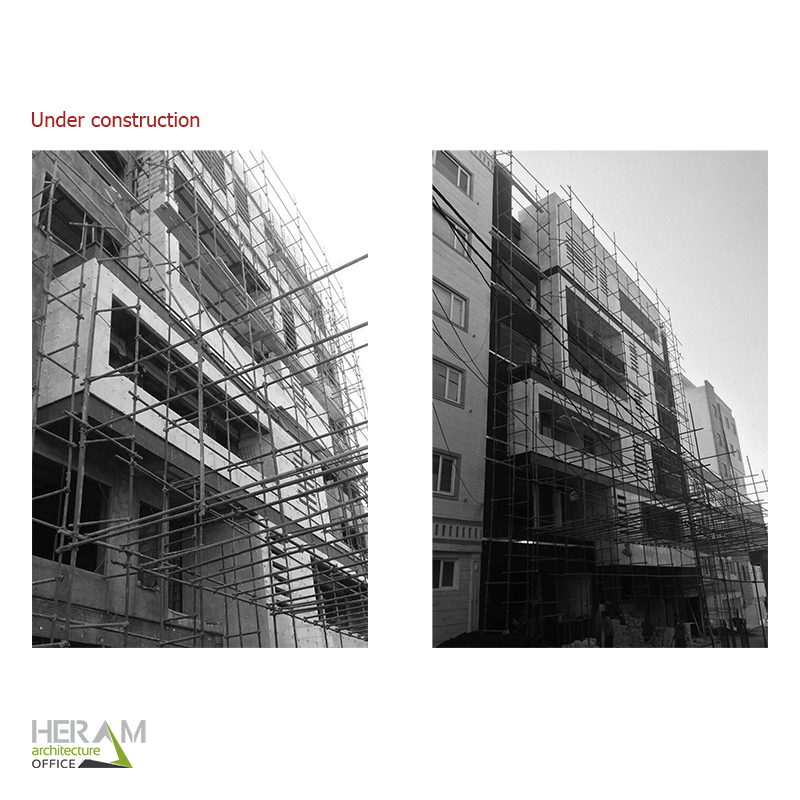 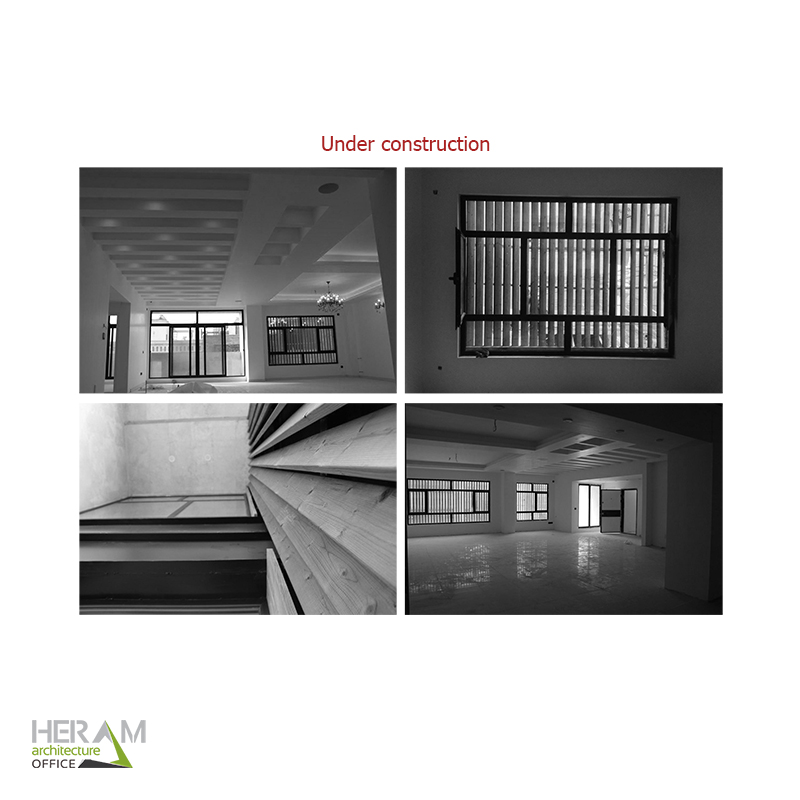 Salariyeh residential building is a residential complex with an area of 600 square meters, that in each floor about 90% of the land area has been licensed for construction.

The wide width of the building, the number of residential units and the large volume of openings on the outer wall were among the important issues we encountered in this project. Avoiding turbulence and dispersion due to the large number of windows was considered as the most important issue of the design.

In order to create coordination, we needed a shell for continuity of the facade. On the other hand, according to the municipal rules on creating console, the central space of the facade could use the consoles, and the minimum console distance from the side buildings was two meters. Thus, in order to create consoles in accordance with the rules of the municipality, the modern boxes were used, which slip on each other in each floor and form the terraces of each unit. These boxes also affect the interior space when collided with the surface of the facade. Thus, causing concavity of flat form of the facade. Each of these boxes also play the role of terraces for each unit. On the other hand, for the other unit on the same floor, the terrace space is formed by concavities that come from the collision of the boxes with the surface of the facade. This way, the direct view of terraces to each other is prevented to maintain the boundary and confidentiality of each unit.

On the other hand, by creating console and multiplicity of layers, each unit experienced different qualities of light entry: The light is entered directly into the boxes, and in the part of facade that was covered with wooden logs, the light passes through the wood indirectly and guided to the interior space. Finally, the project was formed as a coordinated and continuous volume of boxes and wooden logs that had an integrated identity.