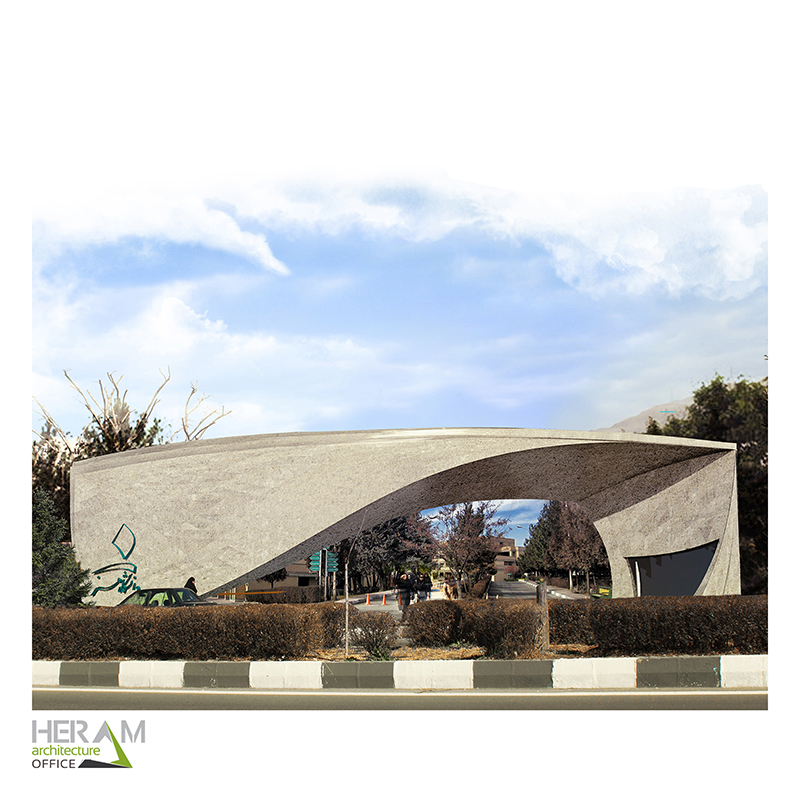 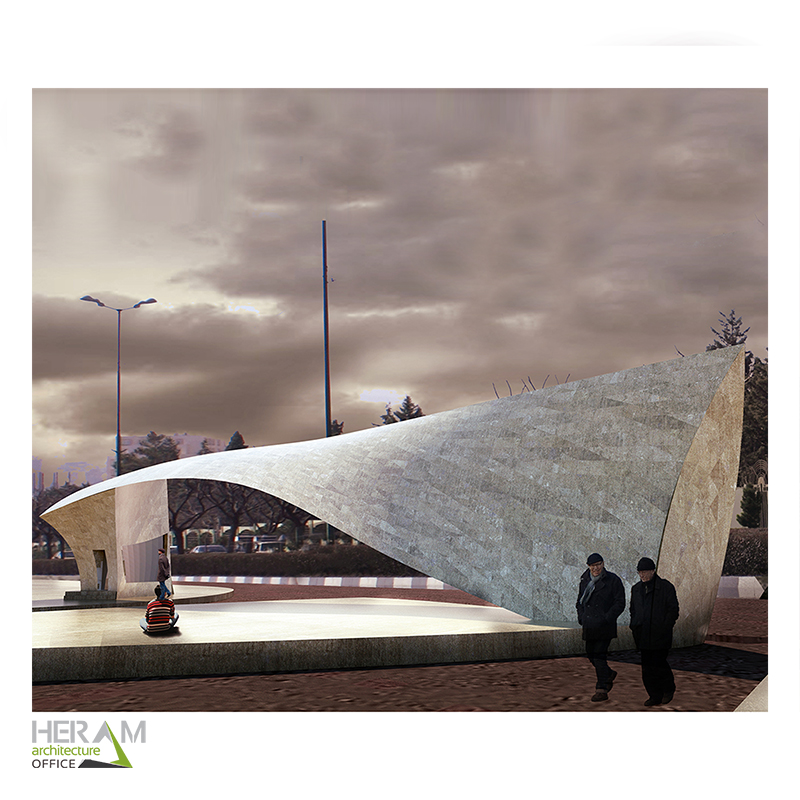 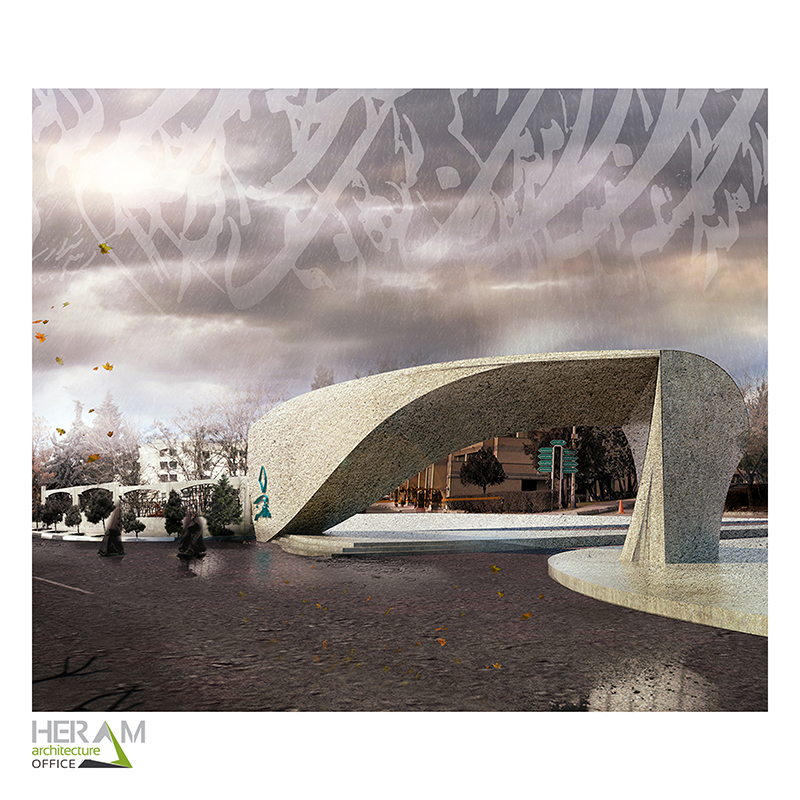 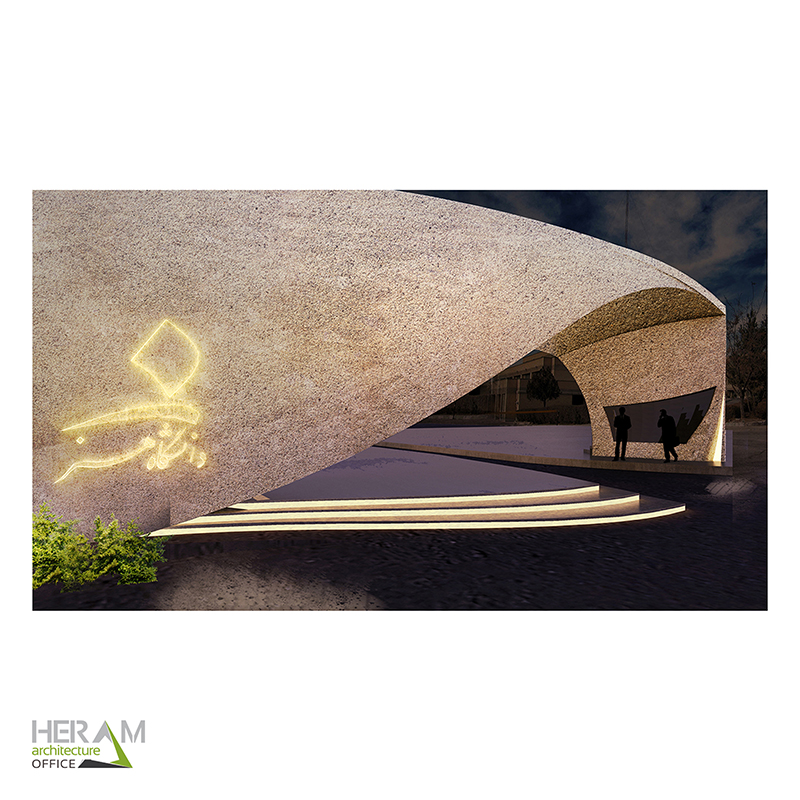 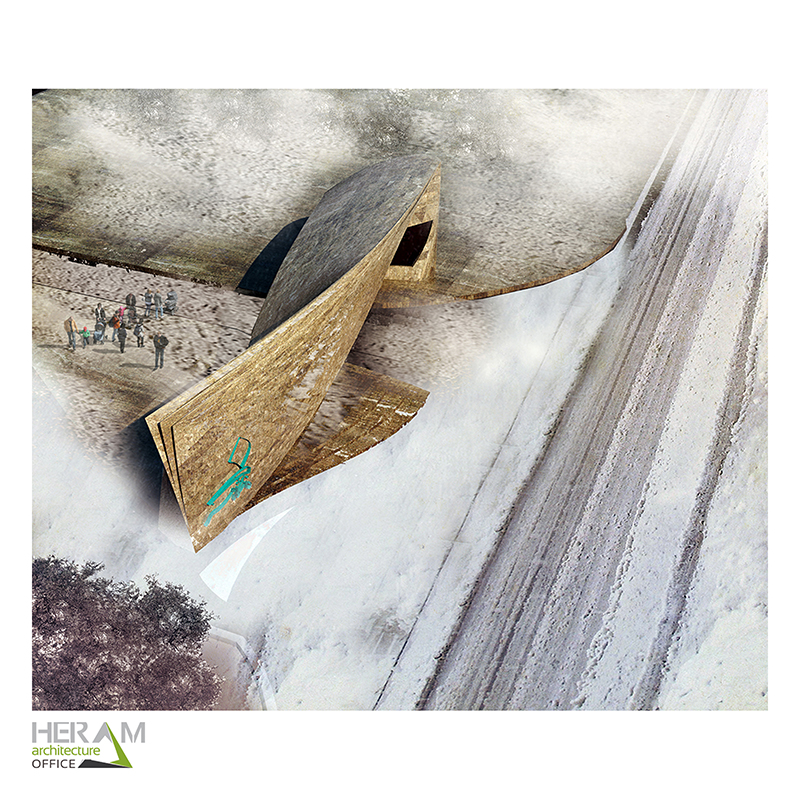 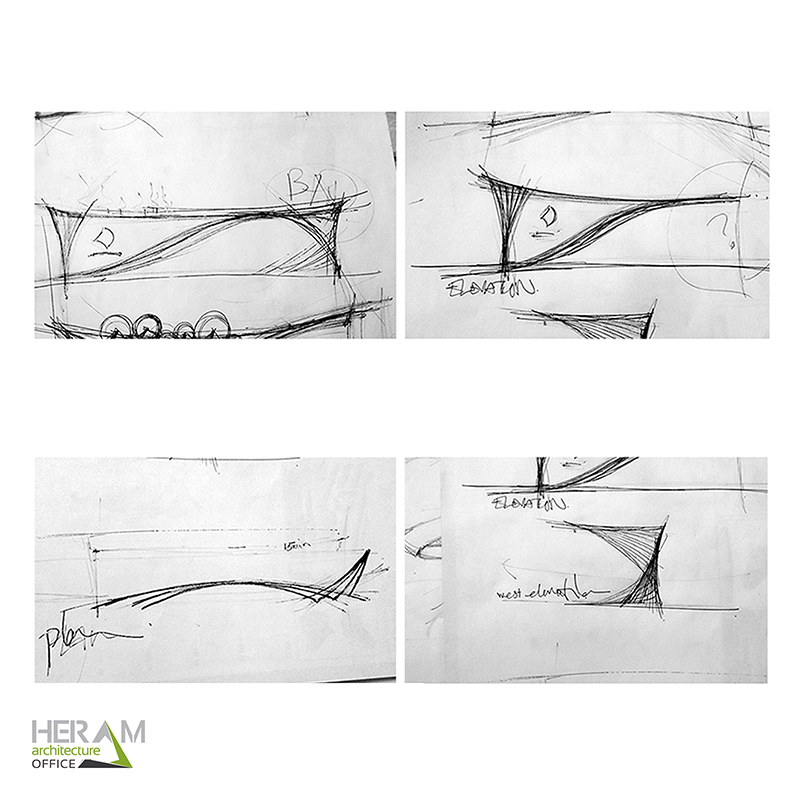 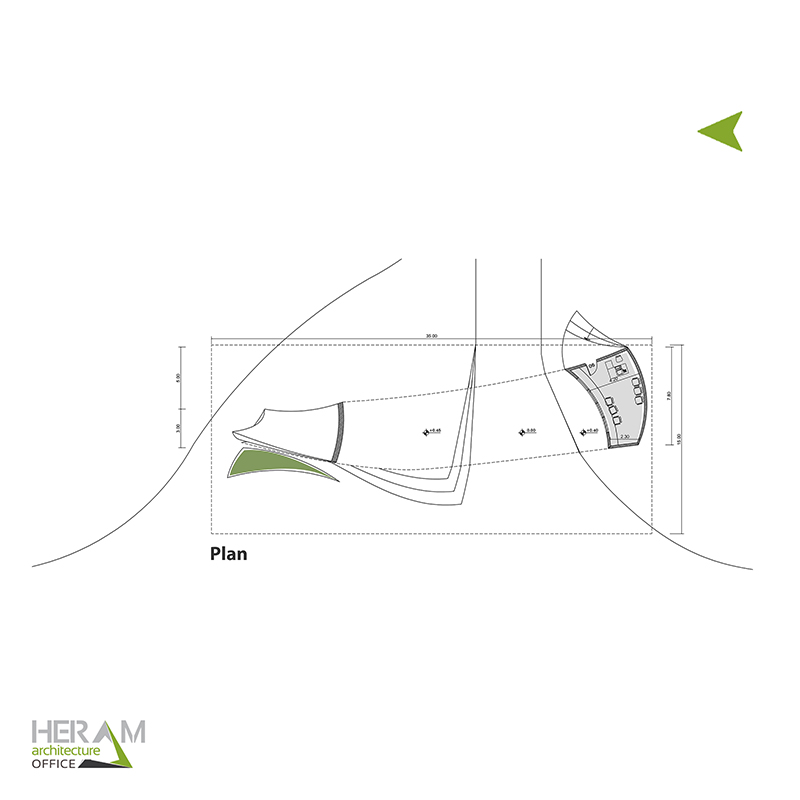 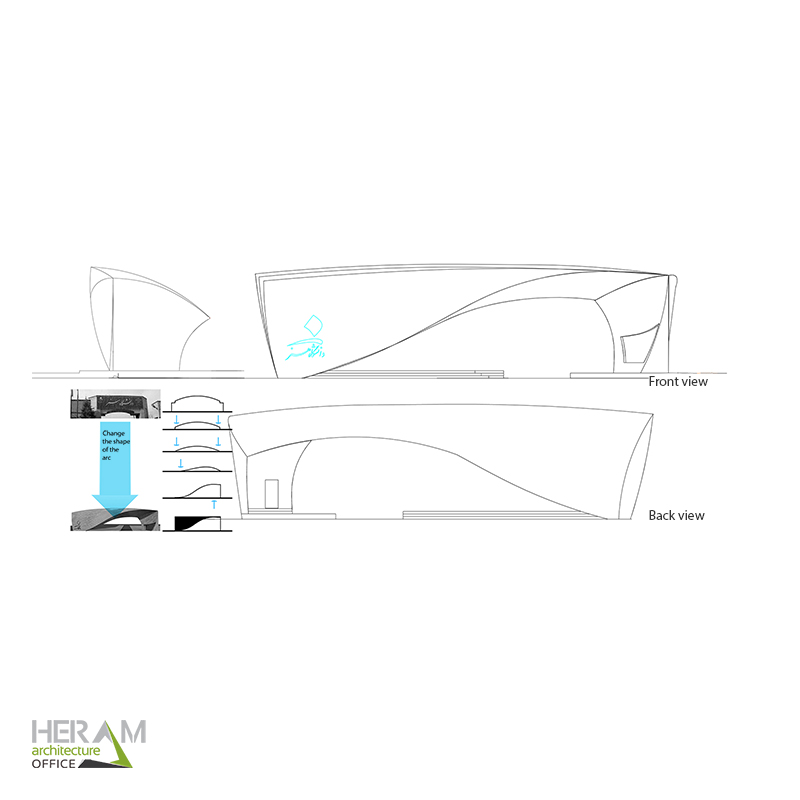 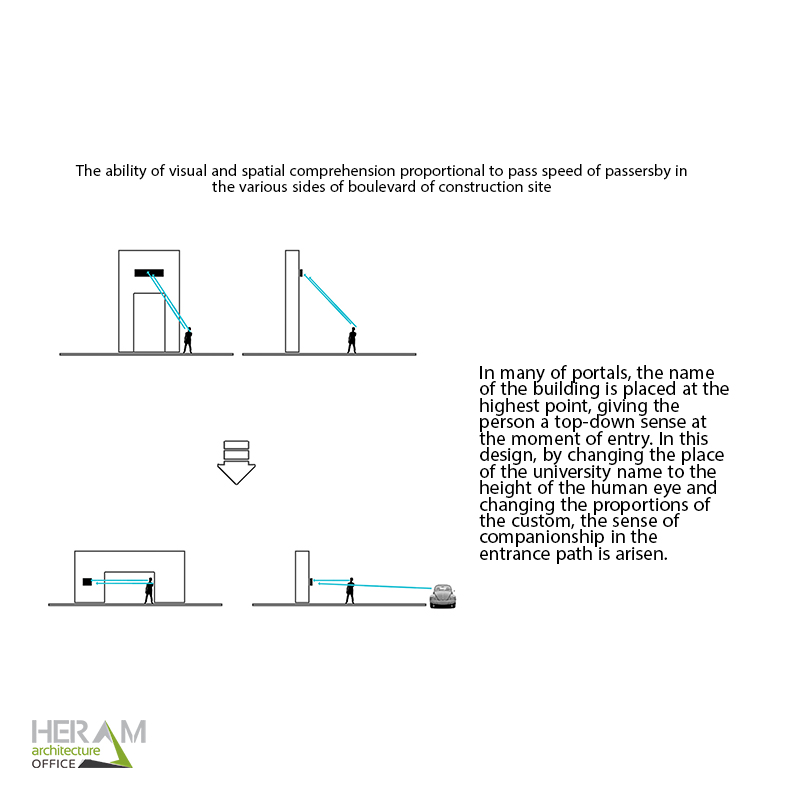 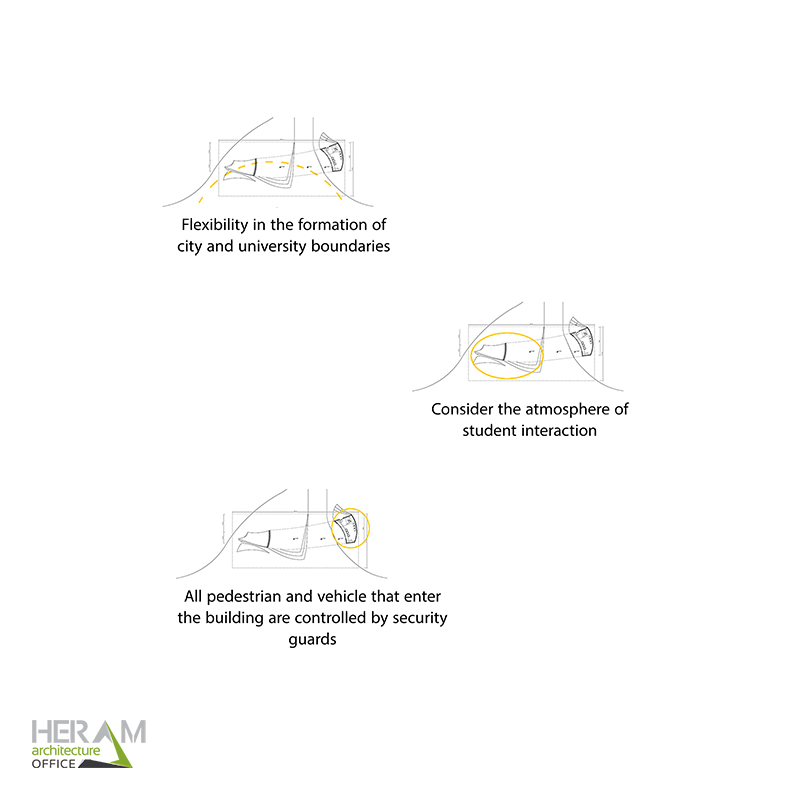 The Gate of Karaj Art University

The Gate of Karaj Art University Published in aoaonline website

The portal is an architectural element for indexation of a set in buildings, in the initial design approach, the above issue changed from a stereotyped element to a new space with new and unique properties, and spatial designing was posed, which is the boundary between the material world and the artist's mind, a space for transition from the material world and reality to the reality of the artist's mind and moving to the abstract world ...

this space being indicative in the scale of the project can invite the audience to a journey within.

The University of Art, regardless of building, body architecture and materials, can be considered as a space for the recognition and perception of the material boundaries of abstract concepts and the place of birth for the imaginary and abstract concepts of the artist's mind in various material forms.

Mass cutting and momentary creation, color play and giving a material life to an emotional concept, expression and body play, displaying human concerns and interacting sound and emotion in the instrument. From this perspective, the University of Art takes a far distance from the material world, therefore, attention to the physical body of the buildings, which consist of masses of bricks and iron, and so forth, does not lead to a path in designing final content of the portal and entrance area! The importance of the discussed content led the design to the path between imagination and reality, a path that induced the softness of imagination into form. Fluidity and motion in this path challenge the form to negating symmetry and creating equilibrium.

The main theme of the competition was designing the portal of University of Art, that at the start of the design process, we came close to define the entrance space. In defining the entrance space, we arrived at the issue of using matter and mass in architecture as an applied element for creating a space. The old issue in Iranian calligraphy graphics is the creation of empty and full spaces in the paper, as well as the penumbra created in the letters when writing them, at this stage, the final form of the problem in the design was identified; the attention to mass for defining the intended space.

When writing a Siyah mashq, the artist tries to improvise and simultaneously change the positive and negative spaces on the page to a composition with aesthetic value and equilibrium. Hence, the issue of equilibrium, contradiction, and keywords such as empty and full and black and white in the page conceive the mind, which, in the formal language of architecture, we can replace them with space, mass, light and shadow.

Penumbra is one the characteristics of the Nastaʿlīq script, which is considered in its writing, and should be created during writing of the letter and words, hence the direction of pen movement and the moment it moves and stops is seen in words as penumbra. In formal architectural expression, in this design it has been tried to also consider this feature by creating penumbra and complexity in the content despite the design being minimal.

The architectural relation of the entrance space with the context

It seems that formal alignment and the similarity of the materials of the portal with site buildings will capture the art in the physical body and will greatly undermine the abstract part of art. Hence, the design path went beyond formal identity of buildings and dominant materials used in existing buildings on the site.